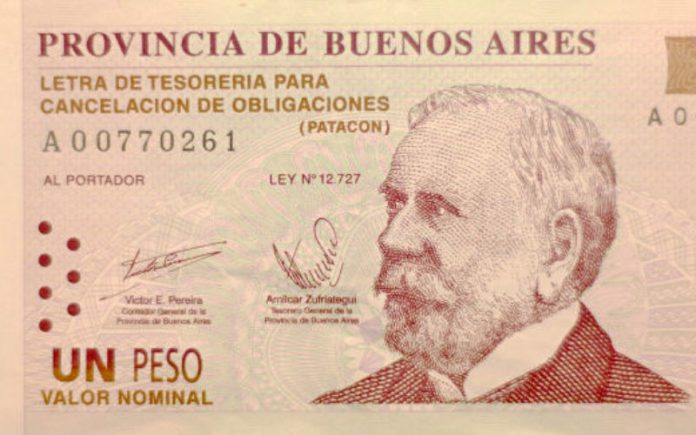 The peso crisis in Argentina: A risk analysis. What happened this time? Is any comparison with the previous crisis (1998 – 2002) possible? What impact could we expect in the close-term for President Mauricio Macri and the country’s political stability? The article tries to give some clues on what might be going to happen in the South-American State.

A history of debt crises

Argentina is no stranger to currency and debt crises. In the 20th century, periods of economic growth often led to trade deficits, pressure on the currency and the hasty adoption of fiscal austerity to tamp down the economy, creating an impoverishing and tiresome cycle of boom and bust. After a bout of hyperinflation in the 1980s, Argentina attempted to stabilize the Argentine peso by tying it 1:1 to the dollar in 1991 (the Convertibility Plan). Though successful in the short term, convertibility went disastrously awry at the century’s turn.

Argentina’s contemporary problems are a typical currency crisis. Those who hold Argentine pesos or peso-denominated assets are selling, partly to buy US dollars and dollar-denominated assets because the US Federal Reserve is raising interest rates. Argentina also runs a fiscal deficit, which it has to finance in dollars or another hard currency. As the peso falls, that debt becomes harder to service, increasing fears of default and creating a cycle of ever-increasing pressure on the peso. As the peso falls, prices rise – inflation currently runs at about 30 percent per annum.

The Argentine central bank attempted to stem the pressure on the peso by raising interest rates to extraordinarily high levels – they reached 27.25 percent at the end of April, and 40 percent in the first week of May. However, the peso continued its decline. The International Monetary Fund (IMF) was created just for situations like this. The Argentine government in May appealed to the fund for credit to reassure investors, obtaining a credit line of $50 billion, which the state can use to ensure its debts are paid and to support the peso. In return, the Fund has mandated Argentina take steps to reduce its budget deficit through fiscal austerity, including cuts and the reintroduction of taxes on exports. Argentina announced it would speed up this fiscal tightening on September 3.

Argentinian politics: A turn to the right

During the first decade of the 21st century, Latin America was seen as undergoing a left-wing transformation, with governments of varying left-wing ideologies, identities and programs coming to power in the majority of the region’s states. Since 2015, by contrast, there has been a turn to the right.

Argentina’s initial drift to the left began after the convertibility crisis of 1998-2002, which saw extreme austerity, an explosion in poverty and unemployment and the total discrediting of the IMF and economic orthodoxy more generally. The left turn in Argentina was represented by Néstor Kirchner (1950-2010), president between 2003 and 2007, and Cristina Fernández de Kirchner, his wife and successor as president between December 2007 and December 2015. The Kirchners introduced subsidies for utilities and public services, wage increases and, under Fernández de Kirchner, the nationalization of private pension funds to support public spending. Fernández de Kirchner also introduced capital controls, limiting the ability of peso-holders to exchange or sell their pesos on the open market, and thus the peso’s depreciation.

The Kirchners kept the peso reasonably stable, but prosperity during their tenure depended in large part on high prices for Argentine commodities (most notably soybeans). They also presided over a prolonged period of high inflation and considerable levels of corruption. In the 2015 elections, when Fernández de Kirchner could not run again, her left-Peronist faction ran Daniel Scioli, who in turn lost narrowly to Mauricio Macri, the mayor of Buenos Aires and representative of a center-right coalition, Cambiemos.

Macri succeeded in reducing subsidies and returning Argentine bonds to global markets – the country had been unable to borrow openly after the 2001 default. He also deregulated the finance sector. However, his attempts to cut inflation failed, while Macri failed to attract foreign investment. The currency crisis makes it harder for him to argue that his orthodox, conservative economic policies will succeed in restoring Argentine prosperity.

The immediate worry would be that Argentina would again default on its obligations. How likely is that? Well, the fact that the IMF credit line hasn’t prevented increasingly extreme attempts to reassure markets is certainly a bad sign. The Argentine central bank raised interest rates to a dizzying 60 percent at the end of August. There are significant doubts that Argentina will be able to meet the inflation and budgetary targets the IMF demands in return for its help.

The IMF learned during the 2001 crisis that it does not pay to continue supporting a country that is obviously going to become insolvent, so it is certainly possible that the IMF will cut off support – perhaps up to a 50 percent chance over the next year. This means that the danger of an Argentine default in the next year is probably almost as high, as it’s unclear who else might fund Argentina’s deficits.

The immediate concern would be the sort of political chaos that attended the 2001 default. This led to a popular uprising and the flight of President Fernando de la Rúa from the Casa Rosada. The chances of this happening over the remainder of Macri’s current term (i.e. between now and December 2019) are probably very low – under 10 percent. The main reason is that the trigger for de la Rua’s downfall was neither inflation nor a default, but his order to freeze bank accounts (which prevented people from withdrawing their pesos and buying dollars). Macri is unlikely to issue a similar order simply to avoid recalling that precedent; rather, like Fernández de Kirchner, he would probably try to limit access to dollars in other ways.

The second political risk, especially from the purview of foreign investors, is Macri’s losing the next presidential elections, due at the end of 2019. This depends on a number of factors. Will Macri continue to pursue austerity and risk a recession, or limit cuts in a bid to save voters some pain?  Will Cristina Fernández de Kirchner be able to run, or will she be barred, legally or practically, by corruption investigations?

Because many Latin American countries do not allow presidents to run for immediate consecutive terms, there are relatively few precedents to apply. Macri is not accused of epic-scale corruption; indeed, his government has been rather vigorous in pursuing graft cases. His economic record is poor, but Fernández de Kirchner’s was not emphatically better. Given that Macri won his first term by a margin of three percent and his poor economic record, the chance of a left-wing victory would probably fall between 40 and 55 percent.