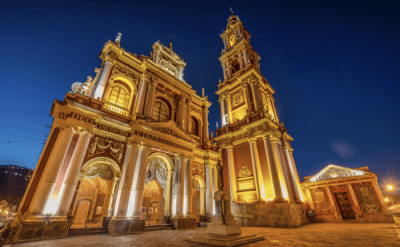 Argentina has become an economic cautionary tale of the devastating effects of weak and ineffective government. A century ago the South American country was considered one of the world’s developed economies with cosmopolitan cities, an expanding middle class, and rich reservoirs of natural resources. But since the Second World War Argentina has been plagued by high inflation and catastrophic economic mismanagement that resulted in the wealth of its citizens being wiped out on several occasions.

The country’s reputation sank to a low ebb in 2001, when it defaulted on US$ 95 billion in debt and again in 2012 when the Economist accused the Argentine government of ‘cooking the books’ and announced that it would no longer publish inflation figures that ‘almost no one believes’. The International Monetary Fund (IMF) expects its economy to contract further this year, and President Cristina Fernandez’ government owes billions to American hedge funds.

But upcoming presidential elections in October have put the country in an optimistic mood, with many believing that any administration will be better than the incumbent. (Fernandez’ economic minister Axel Kicillof is particularly reviled both at home and abroad; the Financial Times has dismissed him as “a baby-faced Marxist economist with Elvis sideburns who does not appear to own a tie.”)

It is easy to assume that such obstacles would create impossible conditions for small businesses to survive, let alone thrive. Yet many Argentine entrepreneurs are highly optimistic about their prospects. “I am convinced that Buenos Aires is one of the best places in Latin America to launch a startup,” serial entrepreneur Julian Gurfinkiel told Frontera. “Human resources are great, and income distribution is more equal than in other Latin American countries, with a large middle class that enables more consumer buying power.”

And Gurfinkiel should know – his latest venture has been successful, in part, because of the success of other startups. His new company, TurismoCity, is a meta-search database that compiles information from the proliferation of online travel agencies throughout Latin America. The company currently has 500,000 users. Another of his companies, DescuentoCity, is frequently referred to as “Groupon for Argentina”. It claims to have two million users.

It is no coincidence that Gurfinkiel’s companies, and the companies they feature and draw upon, are online. Argentina has the highest penetration of Internet and smartphone use in Latin America. According to Gurfinkiel this highly connected atmosphere creates the conditions for an ideal startup ecosystem. “I think the high penetration of social media and mobile is a key point for the development of startups here,” he said. “It allows entrepreneurs to launch a product and use the country to test it in a fairly large market before launching it globally.”

Founders of early-stage companies are also drawn to Buenos Aires because of the city’s deep pool of skilled workers and the low cost of living. Argentina has the highest rate of college graduates in Latin America, and is known for its exciting cultural life with the power to attract talented expats from all around the world. At the same time, the country’s economic troubles mean that it is a far more affordable city than startup hubs like San Francisco: Whereas a one bedroom in the Bay Area can easily cost US$ 3,000 a month, commensurate apartments in Buenos Aires tend to top out at around US$ 500.

But many barriers remain in the drive to create attractive investments in the Argentine start-up ecosystem. “The most significant challenges are public policies and regulatory issues, like special taxes for travel,” Gurfinkiel said. “That, and the lack of certainty on where the economy is going, make investors wary of investing in Argentina.”

But for Gurfinkiel, the opportunities remain more prominent than the challenges. “Our entrepreneurial community is very active, with many events and people to meet,” he said. “The government is doing more and more things for entrepreneurs, so I think the startup economy will continue growing and we will see more companies like MercadoLibre, Despegar, Globant, and OLX emerging from Argentina.”

Indeed, the government is trying to engineer policies that encourage entrepreneurship and investment. The total cost of forming a company can be less than US$ 300, and time to launch a business is generally just a few days. The city government of Buenos Aires seems especially eager to nurture this community, and recently announced a US$ 3.5 million investment of to be distributed to accelerators that focus on early-stage startups.

The startup scene has already reached the threshold for a mentorship program. HiLabs, an Israeli import run by Hillel Argentina, is a high-tech startup incubator that gives fledgling entrepreneurs access to tools, training, and mentorship from successful entrepreneurs. Gurfinkiel is one of their graduates. “I’ve always liked being in contact with other entrepreneurs and helping them to avoid repeating the mistakes we made,” he said.

Its natural and human resources, pending political change, and accelerating class of creative young entrepreneurs make Argentina’s startup economy one to watch. After years of acquiring a reputation as a difficult place to do business, this country’s fortunes may soon change as these developing trends take hold.