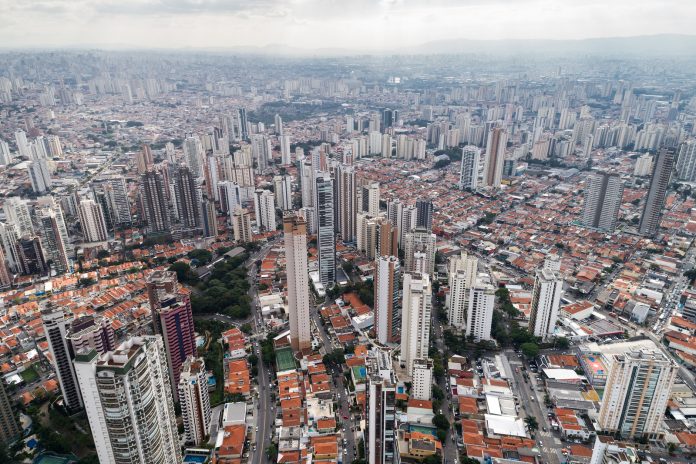 The Central Bank cut the policy rate by 100bps to 10.25% and the Brazilian economy expanded 1.0% in the first quarter of 2017 relative to the last quarter of 2016. This first quarter of positive growth in Brazil since Q4 2014 lifts the country out of one of it’s longest and deepest self-inflicted recessions. The statement accompanying the decision to cut rates was more hawkish than expected as the Central Bank intimated that the pace of cuts will be reduced to 75bps per meeting going forward. It is tempting to think that this is due to the more benign growth outlook in Brazil. However, while the economic fortunes of Brazil are certainly brightening, it is wrong to conclude that better economic prospects lie behind the Central Bank’s hawkishness.

The Central Bank is perfectly well aware that Brazil will only grow very sluggishly for the foreseeable future due to numerous drags, including a heavy debt load, political noise and the uncertainty presented by the 2018 election. It also knows that there is a lot of spare capacity and that inflation, which is currently 4.08% yoy, is falling with unabated velocity.

Rather, the Central Bank’s sudden hawkish bent has to be understood in the context of Brazil’s current political situation and the marginally improving growth outlook merely provides a fig leaf for the Central Bank to exert pressure on politicians to refocus on reforms. The real reason behind the Central Bank’s hawkish stance is that the Temer Administration last week announced that a vote on a critically important pension reform has been postponed to July instead of June.

This delay reflects the ongoing political pressure on President Michel Temer following alleged impropriety on his part. If the political noise further delays the reform or even renders it impossible to pass during Temer’s time in office then Brazil’s fiscal adjustment will simply not be sufficient to ensure sustained macroeconomic stability. This is why the Central Bank feels it must err on the side of caution, i.e. push down demand in the rest of the economy by maintaining higher interest rates than would have been the case if the pension reform was heading for passage this month. The Central Bank’s hawkishness thus socialises the cost of the failure of Brazil’s politicians to keep their noses out of the trough. The Central Bank is obviously right to be prudent. There are silver-linings, however. The Central Bank’s hawkish stance should help to focus the minds of the politicians in Brasilia on the subject of reform. Even in a scenario, where Temer – or his replacement – fails to implement pension reform we think it is inevitable that the reform will be passed shortly after the next administration takes office in 2018 for the simple reason that without the pension reform the room for discretionary fiscal spending shrinks at an alarming rate, a reality that very few governments would find comfortable. Following the signal from the Central Bank most of the fallout from Temer’s problems – including reduced odds of passage of the pension reform, political uncertainty and the slower pace of cuts – should now be more or less fully priced in. The big political event coming up starting next week is the electoral court’s ruling on the legitimacy of the 2014 election result. This ruling could require Temer to step down as president. In other news, Moody’s changed the outlook on Brazil’s Ba2 issuer rating to negative from stable. Going forward, we expect the ‘goldilocks’ evolution of Brazil’s economy with gradually improving growth rates and still declining inflation to be the main driver of Brazil’s fixed income market.

Finally, on the economy the news is unambiguously positive albeit unspectacular: 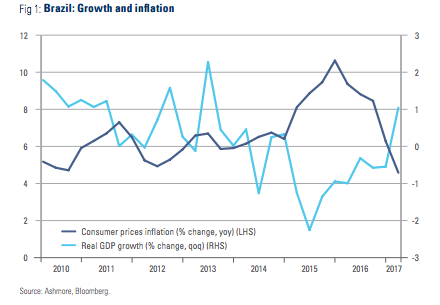