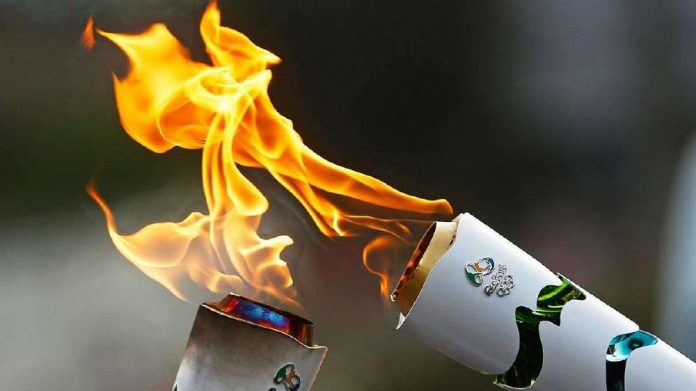 As Canada prepared to host the world’s biggest gathering of athletes, the mayor of Montreal soothed that “the Olympics can no more have a deficit than a man can have a baby.” Now, forty years on, we know that Montreal overran to the tune of 800% and every one of the games that followed blew the budget.

Among the most recent destinations, Greece took the gold medal for Olympian excess with a spending binge that ended in the EU’s worst debt crisis, China descended into an unprecedented economic tailspin and Britain stumbled toward Brexit.

So what chance does Brazil stand? Already in its worst recession and political crisis for decades, the arrival of the Olympic torch has only inflamed civil tensions. An angry mob blocked its path and hurled rocks. Teachers complaining that they hadn’t been paid stole the Olympic torch and snuffed out the flame before being chased away by the army. Police officers out on strike greeted athletes arriving at Rio de Janeiro’s airport with a banner: “Welcome to Hell. Police and firefighters don’t get paid. Whoever comes to Rio de Janeiro will not be safe.”

Those cops who were working battled protestors with tear gas, pepper spray and rubber bullets. Police stations became shelters for frightened torch bearers. Rio’s acting governor was forced to declare a state of emergency just to pay for security.

There’s been no escaping the political storm. Even on Rio’s Copacabana beach, supporters of Dilma Rousseff, the president suspended over corruption charges, protested loudly against the “coup” by interim President Michel Temer.

For an event whose central purpose beyond sport is to grandstand a nation in front of the eyes of the world – at a massive cost of $12 billion that the nation can ill afford – the Brazil Olympics has been an unmitigated disaster, whether from a perspective of PR, tourism or investor confidence.

And yet confidence is exactly what the world’s investors are displaying.

Brazilian stocks have soared 60% this year, the top performers among MSCI’s 165 national indexes. The government’s bonds rank third best at 24% returns, matching the rally for Brazilian real against the dollar, while corporate bonds are up 22%, according to JP Morgan’s indexes.

That’s the question I’ll be asking two of the most experienced commentators on Brazilian companies and markets: the journalist Guillermo Parra-Bernal, who has followed these markets since 2000 as finance and investment banking correspondent for Thomson Reuters and Bloomberg; and Peter West, who has tracked the country’s swings and turns since 1992 as the head of research for PAM Global Investments, Chief Latin America Economist for BBVA and economic adviser to WestLB.