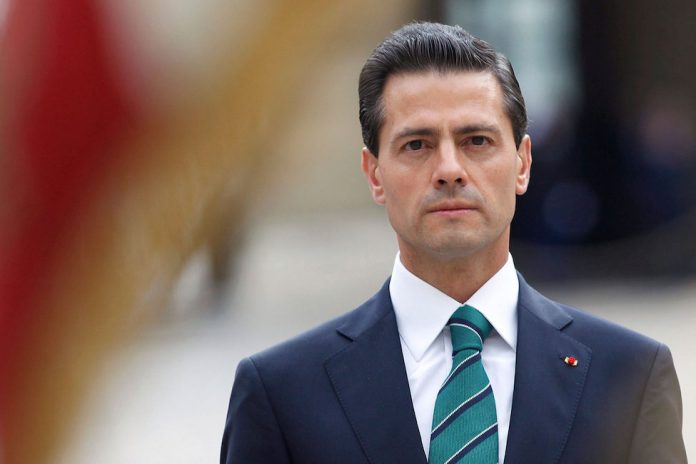 The promise to make America great again found an unlikely echo in Mexico, feeding off the frustration over Peña Nieto’s energy reforms. Pierre-Olivier Bussières examines the impact this could have on Mexico’s political stability.

The election of Donald Trump triggered a wave of outcry in Mexico, leaving Mexican president Enrique Peña Nieto walking on eggshells. As he confronts a historical 12% low in approval ratings and a rising anti-American sentiment, the Mexican president faces a fast-growing opposition that may very well undermine his very capacity to promote the interest of the country in the discussions on the North American Trade Agreement.

A thin line for Peña Nieto

What is most striking in Mexico is not the high numbers of mass demonstrations against Trump, but rather those against the Mexican establishment. In early January, hundreds of thousands took to the streets against a 20% hike in gas prices, while on February 12, demonstrators from 20 Mexican cities, 90 civil rights groups, and the country’s largest universities and influential intellectuals marched under the label of #VibraMexico on the avenue Ángel de la Independencia to not only protest against Trump, but to demand firmness from their president.

Peña Nieto’s 12% approval rating is now the lowest for any Mexican president. Similarly, electoral support for the Institutional Revolutionary Party (Partido Revolucionario Institucional, or PRI) fell to a record low. This will make collaboration with Washington a daunting task for Peña Nieto.

Polls show Mexico expects a much tougher stance against the U.S. Roughly 85% of Mexicans said they disapproved Peña Nieto’s invitation to Trump during his election campaign, and 72% believed that the move significantly weakened the government’s position.

Mexico is a vast country with a trillion-dollar economy, the 15th largest in the world. Since economic reforms in the 1990s, the Mexican government has followed strict, fiscally conservative policies. That strategy has attracted major investments, but overall growth has been limited, and the country’s poverty rate has remained high.

President Peña Nieto’s attempts at reform have done little to improve either the economy or his political standing. For instance, the recent energy reforms, which saw the partial privatization of the state energy company Pemex, were mired in controversy. Peña Nieto himself admitted that the economy was in shambles, and came under heavy criticism for the lack of transparency that accompanied the restructuration of Pemex. Most Mexican considered the reform an institutional theft.

Mexican consumers have never been so pessimistic about their economic prospects. President Peña Nieto’s PRI, which held power for 71 uninterrupted years, has regained its infamous reputation for corruption. The peso has devalued by 50% since Peña Nieto took office just over four years ago, and fell by another 17% in the past nine months as Trump rose to the presidency, reaching its lowest value since the turmoil of the 1994 tequila crisis. 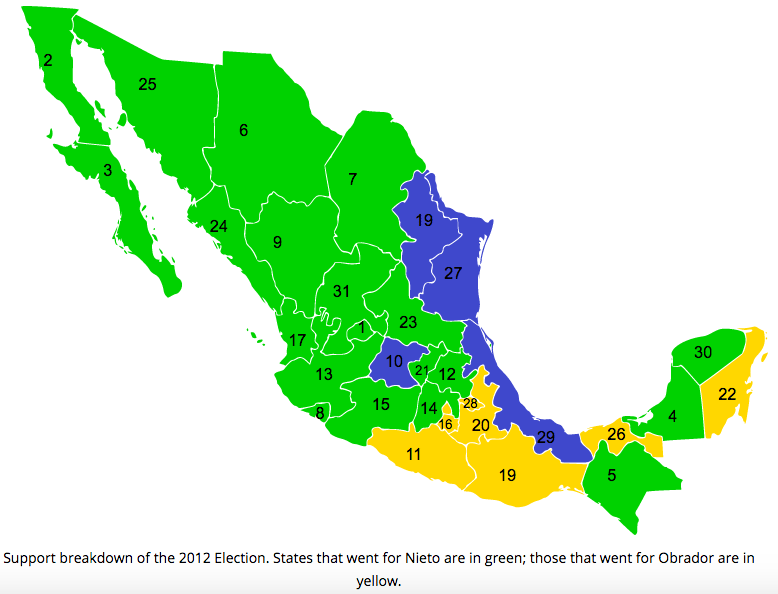 A shift to the left?

It thus would fall on Peña Nieto to negotiate the amendment of NAFTA. Despite rhetoric from both sides, both economies are too intertwined through shared production processes in their manufacturing sectors to completely scrap the free trade agreement. But Trump’s suggestion to force Mexico to pay for a border wall by seizing Mexican remittances and imposing drastic quotas on Mexican goods would dramatically increase the pressure on Mexico’s economy.

Failure to come to an agreement over NAFTA could pave the way for the election of left-wing populist Andrés Manuel Lopez Obrador, head of the National Regeneration Movement (MORENA). Obrador increasingly looks like the early frontrunner in Mexico’s 2018 race. The 63-year-old politician was a close runner-up to President Enrique Peña Nieto during the last elections.

The former mayor of Mexico City; he rose to prominence by criticizing Peña Nieto for his daring economic reforms which led to the partial privatization of the national energy company Pemex. His alleged plan to launch an insubordination campaign in Washington could lead to further deterioration between the two countries.

In this context, Peña Nieto has some flexibility, but ultimately little room for maneuver. Thanks to its strategic location, a very young population, and a gigantic manufacturing sector, Mexico has a few bargaining chips in its hands. Numerous leaders of South America vowed to support the country against what the region views as an attack by Washington.

An eye-for-eye policy of toughness for Trump is perhaps unavoidable politically, yet that very strategy would be the single largest impediment to the renovation of NAFTA. Consequences would be dire for both countries and account for millions of jobs under threat both north and south of the border.

Peña Nieto has a chance to gather unity for himself and the PRI, but this depends on a delicate balance of cooperation and resistance to the U.S. Any mishap will be closely monitored, and likely to give water to the mill of the left-wing MORENA party.