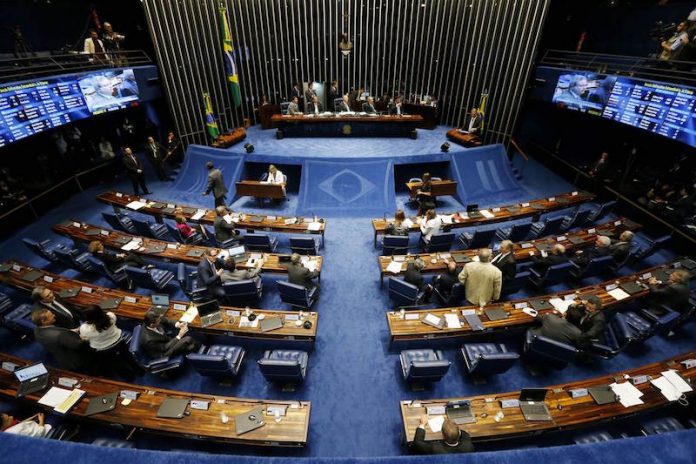 The Brazilian senate has just voted to confirm the impeachment of President Dilma Rousseff, handing the reigns of power to former vice president Michel Temer. Read our world leading Latin America Fund Manager Roberto Lampl’s view on what this means for the Brazilian economic and investment outlook.

The final act in the removal of Dilma Rosseff from power played out today as the Brazilian parliament voted in favor of her impeachment. The conclusion of a year long process filled with accusation and counter accusation, Brazil has finally rid itself of one of its most controversial leaders. Is this an inflection point restoring the economy to health or is it still in critical condition?

Clearly, the elimination of a fiscally irresponsible president who turned a blind eye to a corruption fuelled economy due to her delusional belief that it’s an acceptable cost in order to reduce income inequality is a positive step. We expect the Michel Temer government to be empowered to swiftly to pass fiscal reforms in Congress, as the public debt dynamics are currently unsustainable and market complacency will not last forever. This must be of the highest priority and pushed forward in the very short term.

Up until now however, Temer has actually raised public spending, during his term as interim president in order to gather sufficient votes to pass the impeachment. Temer ( former Vice President under Dilma Rousseff) who is facing his own impeachment process, is seen by many as conservative but business friendly.

So far Temer’s team has introduced a ceiling on public spending, as a first step towards fiscal consolidation, with a view to deliver additional reform. This policy response improved confidence indicating a bottoming of the adverse economic cycle. This perceived reduction in risk has driven the surge in the Brazillian stock market which is already up over 60% in US$ terms this year. We believe that these easy gains are behind us and that the real work to rebuild the economy must begin now.

We can expect unemployment not to decrease before 12-18 months; therefore we will not be focusing on the consumer sector to seek investment opportunities. Rather, we believe the recovery will have a greater impact on industrial companies, where inventories have been depleted and infrastructure oriented companies, whose activity have been devastated by the construction companies mired in the Petrobras corruption scandal.

We expect industrial policy aimed at infrastructure investment via auction of concessions will be the initial engine of growth. We are already positioned in the industrial segments ready to capture this. Our recent acquisition of Mills, an equipment supplier to the construction industry has already seen gains of 183% this year.

We expect better economic policy will reduce inflationary expectations from over 8% currently to below 6% allowing for interest rates to fall from their current 14.25% level.

This impeachment was widely expected but its realization will now allow Temer’s administration to focus on delivering much needed reforms. This will be a race against the clock as next elections will take place in 2018 and he has already announced he won’t run for re-election.  There are still challenges ahead including capping the budget deficit, pension reform (Brazil’s pension expenses as a percentage of GDP are the same as Japan) and social security reform.  Temer will still have to deal with 27 parties that make up congress to pass bills and he might not have enough political capital and support to pass them all. We cannot realistically expect Temer to solve in 2 years issues that have been created over the last decade.

We remain cautiously optimistic on Brazil, but while the economy is showing signs of improvement it still needs intensive care.