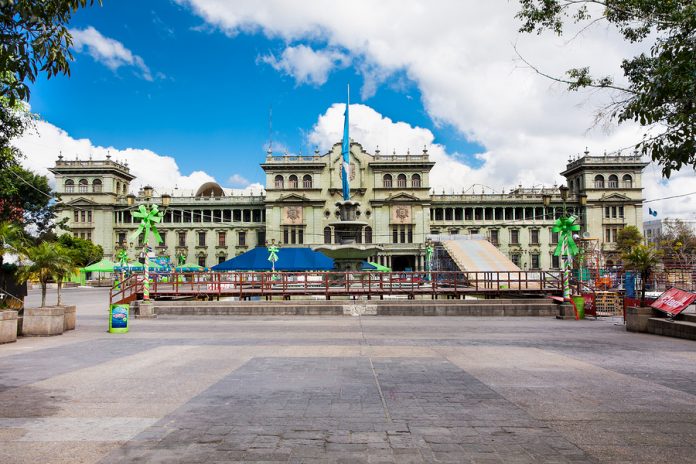 Guatemala’s political stability suffers again, due to a significant corruption scandal involving President Jimmy Morales, who attempted to expel the chief of a UN-backed anti-corruption panel from the country.

In 2015, the Central American country’s former president Otto Perez Molina was forced to resign following an extensive corruption investigation, questioning the political future of Guatemala and its repercussions on investors.

On August 27, Guatemala’s already troubled political situation worsened when President Jimmy Morales attempted to expel Ivan Velazquez, the chief of the International Commission against Impunity in Guatemala (CICIG), a UN-backed anti-corruption commission. Morales’ decision followed the panel’s announcement to strip the President of immunity in order to continue its investigation into illegal campaign financing.

The probe would target several political parties in Guatemala, including Morales’ National Convergence Front. The party, as stated by the Attorney General, received approximately $325,000 in anonymous donations, as well as having $600,000 in unreported expenses.

Corruption scandals and political crises are unfortunately not new phenomena in Guatemala. In 2015, former President Otto Perez Molina resigned as a result of corruption allegations, resulting in his detention. He and former vice president Baldetti have also been investigated for bribery and money laundering, being suspected of awarding construction contracts in return for almost $38 million and other gifts.

The probe resulted in tens of thousands of protesters gathering for months in Guatemala City, giving rise to a strong anti-corruption movement among Guatemala’s citizens. Since 2007, the CICIG played a major role in cooperating with Guatemalan prosecutors in order to tackle corruption amongst high-level officials, sparking the investigation and movement which led to Perez Molina’s resignation.

Despite running his campaign revolving around the slogan “not corrupt, nor a thief” in 2015, Jimmy Morales’ reputation as an anti-corruption crusader will soon be under severe scrutiny. Besides being at the center of the recent scandal, in May a judge accused Morales’ son and brother of fraud, as they allegedly submitted $23,000 of false receipts in a tax fraud scheme in 2013.

Were this crisis to continue over a prolonged period of time, it will likely have negative repercussions on the country’s economic growth and investors’ confidence, stated Guatemala’s Central Bank President Sergio Recinos. Systematic corruption would result in a gradual erosion of the rule of law within the country, further challenging its already fragile institutions.

As a result, conditions for new investments and growth opportunities for businesses are not expected to be strong for the next six months. Recinos has also pointed out that Morales’ attempt to expel Velazquez was a major factor in the Central Bank’s decision not to raise interest rates, damping investor confidence.

This is significant when taking into consideration other factors, which combined with the recent crisis, might hurt growth and employment in Guatemala.

For instance, this year a court decision suspended work at a Tahoe Resources silver mine, resulting in a decrease in national growth by 0.4 percent. Furthermore, public spending and private sector lending have slowed down, partly due to the 2015 political scandal involving former President Perez Molina.

Nevertheless, it should be highlighted that Recinos added that the political situation has not yet had a negative effect on Guatemala’s economy, as any consequences are likely to be felt over a longer period of time. In order to support this view, Recinos referred to the economic slowdown in 2016, during which growth decreased from 4.1 to 3.1 percent, arguing that the corruption scandal involving Perez Molina likely had a strong influence.

In conclusion, Guatemala’s political future remains paved with uncertainty, as Morales’ future as President is still unclear. Ivan Velazquez has confirmed he will be continuing his role as CICIG commissioner, despite the President’s attempt to expel him. Meanwhile, the Supreme Court has requested to lift Morales’ immunity, although the final decision will be taken by Guatemala’s Congress.

While experts consider that the Congress might rule in favor of the President, this result will likely lead to nationwide protests, further weakening Morales’ mandate. Lastly, Guatemala’s future is thought to have regional implications with regards to anti-corruption efforts.