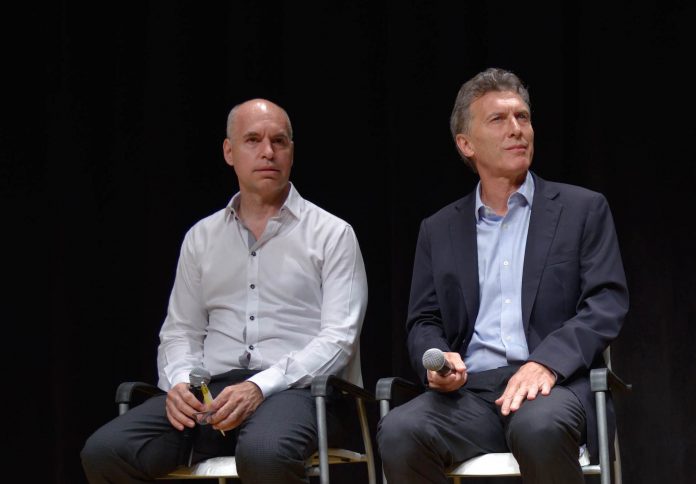 The honeymoon is over for President Mauricio Macri. His shock therapy of economic austerity has wooed investors but alienated powerful local elites – including Argentina’s beloved Pope. In the second part of Macri’s Secret Cabinet, Jack Nott-Bower identifies the network of power brokers – the “camarilla” – that will become increasingly core to the administration: a private Cabinet running Argentina.

“Niki” is thought to have personally delivered the $6 million ransom that freed Macri from a group of rogue federal police officers known as the “Band of Commissioners” in 1991.

He met the future President at the prestigious Colegio Cardenal Newman, a private school for boys in Buenos Aires, at the age of six. He helped Macri establish Mirgor S.A. – a highly successful auto parts manufacturer in 1983 that became associated with the Macri Group (or Grupo Sociedad Macri, SOCMA). Niki also owns the Caputo Group, a leading Argentine construction conglomerate.

During Macri’s mayoral tenure in Buenos Aires, La Nación likened Caputo to a “cabinet chief with no papers.” He has won several lucrative contracts in Buenos Aires over the past decade. His latest: a $5 million public waterworks project awarded last month.

Caputo is Macri’s most trusted advisor. After his presidential win, it was Caputo who regulated the early meetings in which Macri probed the technicians and specialists that would make up the pro-business Cabinet. “If Niki gives you the thumbs down, there is no way of convincing Macri,” one Buenos Aires official told the political journal Perfil.

Another school friend from Cardenal Newman, José Torello proclaimed himself Macri’s “Chief Advisor” within three months of the presidential election. “If a minister wants to communicate something to Mauricio, they’ll bring it to me,” said Torello. A relative described his role as polyfunctional.

A stern communicator with a brazen, stocky appearance, Torello is nicknamed ‘El Senador’ – The Senator – by his peers. An influential lawyer, he has a track record of representing Macri’s Republican Proposal (PRO) party at the federal level. He also has multiple investments in real estate and agriculture.

Torello’s position in government is opaque and clearly informal. He’s rarely seen in the public spotlight. Yet Perfil marks him out as “one of the few who tells everything to Macri’s face, without caring whether he likes it or not.” He’s destined to influence critical decisions in any future crises.

Horacio Larreta succeeded Macri as Mayor of Buenos Aires. Before that, he was Macri’s city Cabinet Chief. Larreta’s victory in last July’s elections in the capital was pivotal to the PRO’s rise to the top.

As Macri’s protégé, Larreta is responsible for satisfying the largest and most important regional portion of the electorate, working in close coordination with the newly elected Governor of Buenos Aires Province, María Eugenia Vidal.

One of Larreta’s recent headline moves was to award a $7.5 million public contract for renovating schools in the city center to – you guessed it – Niki Caputo.

A previous contract, back in 2010, went to real estate giant IRSA. Larreta’s brother, Augusto, was IRSA’s Institutional Relations Manager at the time. That triggered a judicial complaint against Macri’s city administration.

Larreta is well-practiced in leveraging informal connections. But he is also an easy target for Peronists. Last month, federal judge Sebastián Casanello – nicknamed “Tortuga” (The Turtle) for slowing down corruption probes against ex-President Cristina Fernández – indicted five Buenos Aires officials on allegations of “commercialising” the sale of synthetic drugs and failure to carry out their duties. Several partygoers had overdosed on PMMA-laced ecstasy pills at the city’s Time Warp music festival in early April.

The Mayor will have to absorb plenty more blows in the near future; however, if he is able to hold the fort for Macri, he could be rewarded with his own shot at the presidency in 2019.