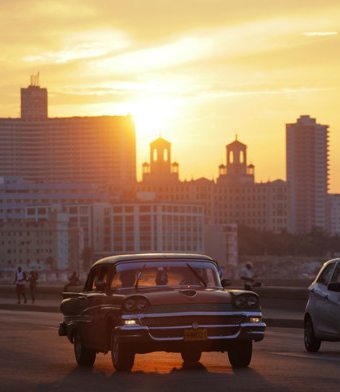 Robin Pedraja, a 28-year old design student had a dream: to start up an online magazine in Cuba called Vistar

The only problem is that in Cuba, the media remains under strict government control. People used to make fun of Pedraja for even considering the idea.

But he couldn’t resist, so he published anyway. He literally worked out of a closet which doubled as Vistar’s office!

He never really got permission, but nobody told him to stop either. Apparently, unless you are directly flaming on the government’s policies or stirring up a revolt, Cuba’s draconic rules seem as threatening as a paper tiger!

Even though Cuba is still a small pond when it comes to the amount of internet users, there is one surprising fact about this story: Vistar has managed to build an audience, currently running in the hundreds of thousands, that is many times larger than the number of Cuba’s internet connections.

So how does this work? Could it be because of all the overseas readers? Not really because those only seem to make up for a small fraction. Could it be that people are lining up at Internet cafés to read the publication? Wrong again because they’re still a bit too expensive for the average citizen in Cuba…

Here’s what seems to be happening: people share Vistar’s content with each other through USB sticks and hard disks!

Not only is it amazing how Cubans have found an off-line way to engage in an online world, but it also may tell us something about the enormous potential Cuba has bottled up…