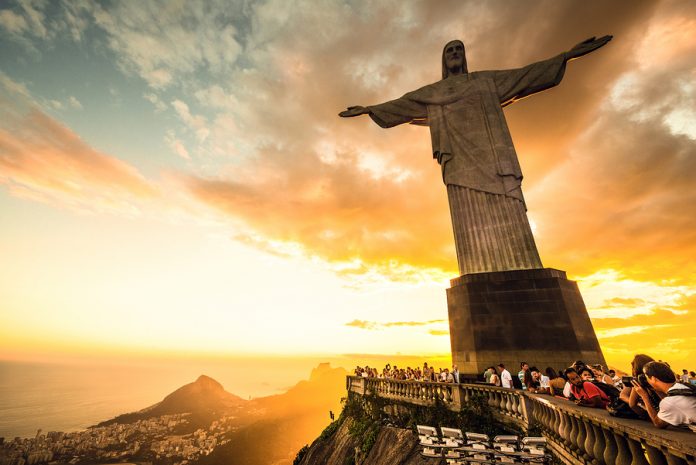 Brazil’s resilience has been put to the test in the last couple of years. The country has faced its worst economic recession, the impeachment of President Dilma Rousseff, and corruption accusations against its current president, Michel Temer. The 2018 presidential election is set to be the “election of hope” for the people of the country, but so far the race is wide open. GRI’s Lorena Valente gives a rundown of the candidates and their views on the economy.

The first round of the presidential elections will take place on 7 October 2018 and a potential run-off would occur on 28 October 2018. All 513 Chamber of Deputies congressmen and 54 out of 81 senators will also be elected in 2018.

In a country with mandatory voting, a polarized electorate, and well-known figures and outsiders running for president, the results are still unpredictable. If the economy maintains low inflation, low interest rates, and higher employment, then a more market friendly and pragmatic candidate may win.

The two key factors influencing the outcome will be whether moderate voters are able to unify behind one name, and if Lula will be able to run.

On 30 October, the pollster Ibope released its latest numbers for the 2018 presidential elections, even though not all candidates are yet official. Leading the polls is former president Lula with 35% of the voting intention, followed by Jair Bolsonaro 13%, Marina Silva 8%, Geraldo Alckmin 5%, Luciano Huck 5%, Joao Doria 4%, and Henrique Meirelles at an impressive 0%.

This in turn yields a couple of scenarios. The first, a run-off between Lula and Bolsonaro, would yield unpredictable results. In a second scenario without Lula, Bolsonaro and Silva would tie with 15%, followed by Huck 8%, Alckmin 7%, Doria 5%, and Meirelles with 1%.

With the election less than a year away, the market is starting to express its preference for candidates Henrique Meirelles, Joao Doria, and Geraldo Alckmin. If any of these three is elected, the stock market is expected to rise and the currency to remain stable. Conversely, if Lula is elected, 96% of investors polled by XP Investments believe the stock market will fall sharply and 98% bet on the devaluation of the real.  Even Bolsonaro is currently polling at decent levels with the market, proving that at this point, anyone is better than Lula.

Profile: The former president of Brazil ruled under the good old days of a commodity boom and inherited the positive impact of President Fernando Cardoso’s policies. He would later make Dilma Rousseff his successor. While he was able to lift many out of poverty during his two terms, he is largely blamed for Brazil’s economic recession, given his uncontrolled spending.  On 12 July 2017, Lula was sentenced to nearly 10 years in prison for passive corruption and money laundering – he is also a defendant on six other ongoing cases.  It is still uncertain if he will be able to run due to legal restrictions. If Lula’s sentencing is confirmed by the TRF4 before 15 August 2018  – the day parties register their candidates – he would technically not be able to run under the Clean Slate Law. However, there are still enough unknowns that Lula’s candidacy can’t be ruled out: there may be changes to the Clean Slate Law; the Judiciary could alter the rules around sending to prison individuals who are condemned by two courts; and the TRF4 judges may not resolve the case in time. Meanwhile, Lula is in full campaigning mode, rallying big crowds and threatening to “defeat neoliberalism”.

Economic views: Lula has a history of increasing the role of the state. During his presidency he focused on creating social programs, such as Bolsa Familia, however, his uncontrolled spending accelerated a fiscal imbalance that later caused Brazil to lose its investment grade.

Profile: The former Worker’s Party senator, and Minister of Environment under Lula, finished third place in both the 2010 and 2014 presidential elections under a “green platform”. While she did well in previous elections, many believe she lacks durability in the political sphere. Due to size of her party she is likely to have very little TV and Radio campaign time, which may hurt her visibility. Silva has not yet announced her candidacy but there is speculation that to improve her chances, former president of the Supreme Court, Joaquim Barbosa, could join her ticket as vice president.

Economic views: Silva has previously run on platforms where the environment and sustainability are the priority – believing that the economy should bend to favor those policies. She has been vocal about being against the pension reform that many see as fundamental for balancing the country’s budget.

Market friendliness rating: 2.5 out of 5

Profile: The congressman that has served in congress for 27 years released his candidacy through the PSC but is expected to switch to Patriot (PEN – right) by March 2018. Bolsonaro is known for extremist opinions on guns and God, public security, hardline law and order, and adoration toward the military dictatorship (1964-1985).  He was captain of the Armed Forces during the 1964 revolution. Recently, he was accused of making sexist comments to a congresswoman.

Economic views: Bolsonaro has publicly expressed that he is not knowledgeable on economic issues. Nevertheless, since starting his presidential pursuit he has said that he favors a liberal economy with little intervention from the state and an independent central bank. He will likely rely on whoever is chosen to join his economic team.

Market friendliness rating: 3 out of 5

Profile: The current governor of Sao Paulo represents the establishment and is very well liked in his state; however, he is not well known in the rest of Brazil and lacks charisma. In 2006 he lost to Lula in the presidential election by a landslide. Alckmin has been able to improve security in the state of Sao Paulo dramatically since taking office. His party is currently divided between him and his colleague, Joao Doria (below) on who should run under the PSDB ticket. A nomination from the PSDB is likely to come by early January. The intention of vote toward Alckmin and Doria is probably interchangeable – if one doesn’t run, the votes for the other should transfer.

Economic views: Alckmin has proven himself as a great administrator of the richest state in Brazil – Sao Paulo accounts for around 33% of Brazil’s GDP. In 2006, he ran under a platform that emphasized a balanced budget and encouraged initiatives to foster small and medium enterprises to boost economic growth.

Market friendliness rating: 4 out of 5

Profile: The current mayor of Sao Paulo is a successful businessman and millionaire that has marketed himself as the voice “anti-Lula”.  His years in the private sector have led him to favor business friendly policies and reforms.  So far, he has sworn loyalty to Geraldo Alckmin, who he claims is his political Godfather, and says he will not run for president. However, Doria has been seen in talks with other parties in case he doesn’t get the PSDB nomination, particularly the Democratas (DEM – center right).

Economic views: Doria has expressed his support for little state intervention to increase efficiency. In Sao Paulo, he has set up an expansive privatization plan that also encourages concessions and public private partnerships. He has also set up presentations to foreign companies in order to emphasize all the good opportunities for private investment in the city.

Market friendliness rating: 4.5 out of 5

Profile: The current minister of Finance and former president of Brazil’s central bank is the voice behind Brazil’s economic recovery and is highly in favor of pension reform to start the effort to fiscal balance. Meirelles is well established in the private sector as the former global president of BankBoston. Right now Meirelles has not officially launched his candidacy and has claimed that his focus in on recovering the Brazilian economy while he is still minister of Finance. If the economy continues to go well he has a good chance, however, his support for an unpopular pension reform may deter people from voting on him. He has expressed that he would be honored to receive a presidential nomination from his party.

Economic views: Throughout his career he has demonstrated the pillars of economic liberalism. Meirelles favors an independent central bank, balanced budget, privatizations, efficiency, and has worked relentlessly toward controlling inflation. Additionally, he fully supports the reduction and simplification of taxes as well as pension reform.

Market friendliness rating: 5 out of 5

Luciano Huck, a TV presenter and businessman, has started to market himself as dedicated to transform the country. Even though he has not announced his candidacy, he is in talks with the DEM and the Popular Socialist Party (PPS – center left). He is well known for his liberal economic and social views and is liked by people who want something new.

Lorena Valente is an Analyst at Global Risk Insights. As originally appears at: http://globalriskinsights.com/2017/11/brazil-presidential-candidates-economy/