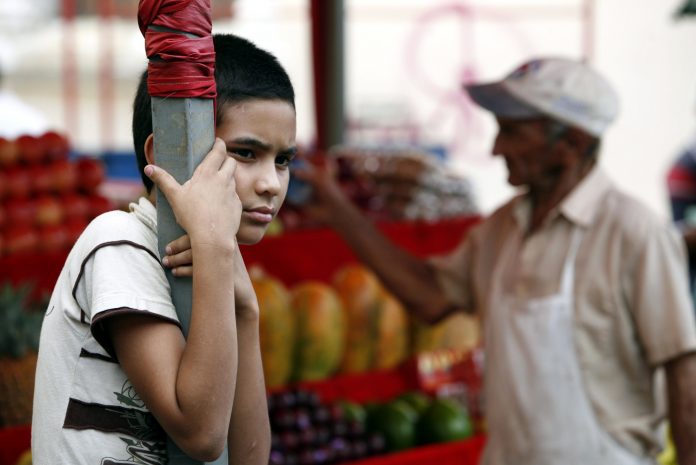 The late president of Venezuela’s daughter, ambassador to the U.N., Gabriella Chavez is reported to have $4.2 billion in American and European banks. Alejandro Andrade, Venezuela’s treasury minister from 2007 to 2010 and a close associate of Chavez, has $11.2 billion sitting in an HSBC account in Switzerland. According to Business Insider quoting a report from the New York Times, 87% of Venezuelan’s don’t have enough money to buy food.

According to the same report, 72% of the average wage is set aside just for food; if you can get it, because most stores just don’t have any. A good few people have begun to smuggle food across the border from Colombia, but that has incensed Mr. Maduro, currently the Venezuelan president and Chavez protégé.

Over the last two weeks, the meltdown has picked up pace with food riots, protests and lootings country wide. There have been reports of attacks on Chinese owned businesses because the country is so deeply indebted to that country. As Ken Rapoza in a Forbes article states, “not even $50 oil can save Venezuela from itself.”

Inflation, according to the IMF, will reach 720% in 2016 and the GDP will contract by 8%. So the question is this, why hasn’t parliament, which is now controlled by the opposition party, impeached him? Well, believe it or not the judicial system backs him up and his constant ranting about the U.S. being at the bottom of all of their troubles. The rhetoric hits home with a lot on the left, effectively splitting the country. So can this situation continue?

Most foreign airlines have stopped serving the country. Many multinationals have departed and those that remain are unable to function due to inadequate supply of raw materials. Coca-Cola for instance has recently had to stop producing soft drinks due to a sugar shortage. So the situation is ripe for someone to light the match because when they do, the country will go up in flames. The country is that close to all out disaster. And to think, this is a country with the largest proven oil reserves in the world and they can’t even keep their lights on.

So, who will light the match? That unfortunately remains to be seen, but with all that suffering on their doorsteps you would think that one of its neighbors would put an end to it. Maybe Colombia?How about the U.S.? How about Mexico? Chile? Argentina? Anybody want to help a people in great distress?

Isn’t it sad that the OAS can’t step in and rid the population of its oppressors? The latest polls show that 70% of Venezuelans now feel it’s time for Mr. Maduro to go. I’ve got a great idea, how about Chavez’s ultra-wealthy daughter or the ultra-ultra-wealthy Mr. Andrade give Mr.Maduro a billion dollars to step down? Boy, ain’t socialism great?