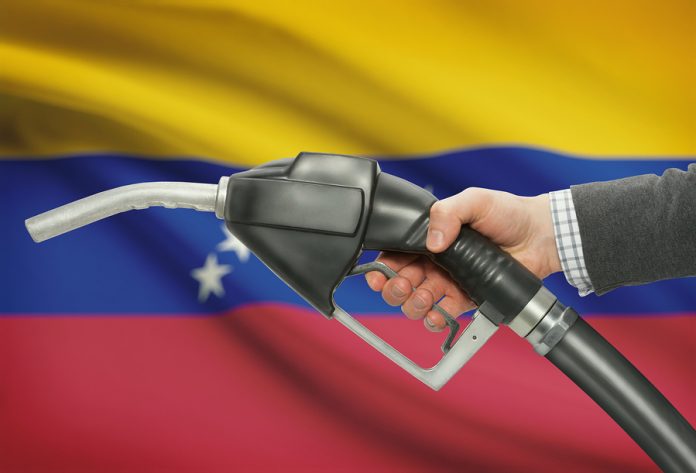 In the last two weeks, Venezuela’s government scrambled to service the debt to its external creditors. Despite rampant speculation of missed payments, President Nicolas Maduro’s administration managed to make two critical payments on time. However, Maduro later announced that his country would pursue a “restructuring” of its debts. Strapped for cash, the Maduro administration is fighting for its economic and political survival.

To pay or not to pay

Despite the daily disorder experienced by Venezuelans, the government has until recently taken pride in one certainty: Venezuela pays its bills on time. Then suddenly, in late October, it looked like state-run oil company PDVSA was struggling to meet an  $842 million principal payment on its 2020 Bond.

The company’s representatives claimed that PDVSA had been in the process of transferring the funds to its payment agent, J.P. Morgan, a US-based bank. However, Reuters reported that the bondholders had yet to receive the funds.

Over the past few weeks, both the Venezuelan government and PDVSA missed several small coupon payments on various bonds. This inspired growing concern over whether PDVSA would make good on its principal. Investors around the world are following the events, closely, as Venezuelan bonds account for some of the richest yields in emerging market debt.

At the same time, a default could have triggered an economic calamity. The Caracas Chronicles, a Caracas-based media outlet, even took to calling it “A-Day” or amortization day. The October 27 payment was the first of two large payments, with the second instalment of $1.1 billion due on November 2. This has since come through, but serious reasons for concern remain.

Venezuela is suffering under the weight of a massive cash crunch. This is in large part due to the imbalances in Venezuela’s economy. The country has always relied on oil, as it sits atop some of the world’s largest reserves. However, beginning in the late 90s when Hugo Chavez attained power, the country gradually morphed into a petro-state.

Today, the state oil company accounts for the bulk of Venezuela’s treasury representing more than 90 percent of total export earnings. As a result, PDVSA serves as the country’s chief progenitor of cash. However, unlike Aramco in Saudi Arabia, Venezuela’s PDVSA is run very poorly.

Due to a failure of maintenance and general lack of investment, PDVSA’s oil refineries areoperating at less than full capacity. PDVSA’s most valuable customers are those which pay in cash for crude. Over the past year, major refiners in the US, India and China, havecomplained of receiving shipments of poor quality crude oil.

At the same time, PDVSA has increasingly relied on fuel imports to support its operations. Key chemical byproducts used to refine the thick sour crude found in Venezuela’s reserves are in short supply. This has contributed to shipment delays and missed payments.

Adding further financial strain, Venezuela has been hit with a series of economic sanctions by the US related to its human rights abuses. The sanctions, which target certain high-level government officials and Venezuela’s ability to raise money in the capital markets, have constrained Venezuela’s fund-raising capabilities.

Many financial institutions are now reluctant to conduct business with Venezuela’s oil company, lest they run afoul of sanctions. Unable to obtain letters of credit from banks, tankers full of Venezuelan crude bob helplessly in the Gulf of Mexico as they wait to discharge oil.

Implied probability of default within next 5 years now 100%

As missed payments pile up and Venezuela’s economic lifelines dry up, a default seems increasingly likely. A Venezuelan default would potentially surpass the 2001 Argentina default, in terms of sheer complexity. The tight commercial links with the US make a restructuring very delicate.

Complicating matters, both Russia and China have loaned the Venezuelan government a significant amount of money and stand to take a haircut. Importantly, a default could precipitate a regime collapse of the sitting president, Nicolas Maduro.

President Maduro has seemingly done everything in his power to avoid a credit default. Some analysts speculated that the government chose to deliberately miss the smaller payments with longer grace periods, as a way of “hoarding cash” in order to pay the much larger principal payments.

Nevertheless, a default, either by the Venezuelan government or PDVSA, is not a matter of “if” but “when”. If PDVSA were to default on its debt, it could pose a serious threat to Maduro’s legitimacy.

Maduro’s government is dealing with one of the worst economic crises in Venezuela’s modern history. The boom years, under the late Chavez, appear all but a distant memory. Many argue that it is entirely self-inflicted.

Today, millions of Venezuelans go hungry. Basic foodstuffs like flour and corn oil are scarce, and when available require long queues. Mothers carry with them the birth certificates of their children lest the authorities prosecute them for buying one too many diapers. Chavismo is crumbling.

What he lacks in Chavez’s charisma, Maduro has made up for in his ruthless quest to consolidate power. Since arriving in office, Maduro has succeeded in removing virtually all of Venezuela’s checks and balances by stacking the judiciary with government loyalists, closing down (or buying out) unfavorable Venezuelan media outlets and compromisingVenezuela’s electoral authority (“CNE”).

In July, Maduro orchestrated the creation of a supra-national “constituent assembly” (“ANC”) which effectively castrated the opposition-controlled National Assembly. It did not help that the opposition fared so poorly in the gubernatorial elections on October 15, an election fraught with accusations of fraud.

The most critical piece in Maduro’s governing toolkit is the country’s state-run oil company. In addition to generating cash flow, PDVSA serves as a massive patronage machine. According to Gustavo Coronel, a former board member of PDVSA, the company has been a “victim of aggressive politicization”. With perhaps the exception of the military, PDVSA is the most powerful political organization in Venezuela. Insiders benefit from job posts and access to hard currency.

As long as Maduro can continue to exploit PDVSA’s riches to reward his supporters, his power seems relatively entrenched. However, much of this relationship depends on PDVSA’s ability to generate cash. And as anyone in Venezuela can attest, cash is increasingly hard to come by.

Steven Spinello is an analyst at Global Risk Insights. As originally appears at: http://globalriskinsights.com/2017/11/pdvsa-venezuela-maduro-survival/