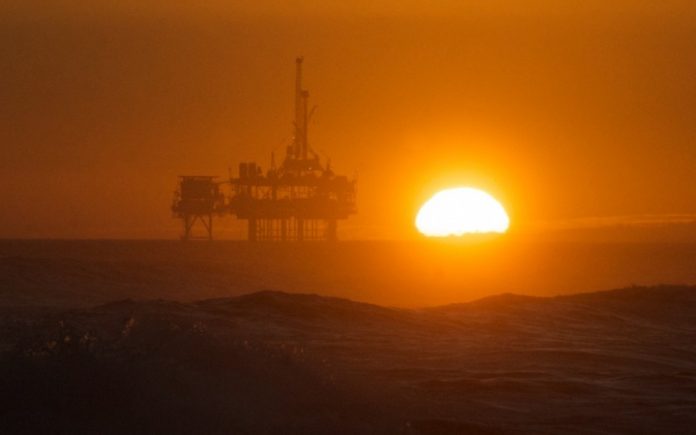 Following the peace agreement with FARC, the Colombian government hopes to develop oil-reach rural areas that were previously fraught with conflict. But is it too late for an oil boom in Colombia?

The peace process with the Revolutionary Armed Forces of Colombia (FARC) finally got underway on 6 December following a new peace agreement, after the previous attempt was dramatically rejected in a referendum in October. As thousands of FARC fighters move to disarmament zones and camps to turn in their weapons and become civilians, Colombia hopes it can quickly seize economic benefits of peace in rural oil-rich areas. However, it may be too late for a new Colombian oil boom.

Unlike other countries in the region Colombia was able to mitigate the risks. Expenditure cuts and tightening monetary policy in the last several months kept the budget deficit to 3.9% and inflation below 6%, while the central bank ambitiously cut its key interest rate to 7.5% in December. Still, the appreciation of the US dollar will complicate debt servicing and imports and could easily create upward pressure on the peso. Another bad dry spell in the region or a prolonged truckers’ strike and food prices would quickly shoot up.

Oil prices are the major factor determining if new exploration or extraction projects happen or not. The OPEC deal might have bumped prices above $50 but analysts expect prices to normalise at around $60 as US shale production comes into play. There’s also the big picture to consider: Amid the growth of renewable energy use and the global fight to limit carbon emissions (even without the participation of Trump’s administration), some energy giants say the demand for oil will peak within 10-20 years. Consequently, energy companies are likely to be less enthusiastic in investing in countries which have low oil reserves and operational risks such as Colombia.

The first issue is the decline in Colombia’s proven oil reserves. They took a major hit last year, falling from 2,308 billion barrels at the end of 2014 to as low as 1,673 in 2016. There have been no major oil discoveries since 1992. Only 15 exploration wells were drilled in 2015, down from 113 in 2014 and 131 in 2013, and their success rate ranges at 15-20%. The offshore perspectives are no better, and lack supply chains and infrastructure. The total rig count has fallen from 45 in 2012-2014 to two. Seismic surveys carried out by the Anadarko oil company in a 16-million-acre block in Colombia’s Caribbean coast have been so far unsuccessful, and only recorded one natural gas discovery at the Kronos well.

With low oil prices, companies play it rather safe. State-owned Ecopetrol, the most dominant oil actor in Colombia, has been buying out new blocs in already safe and well-established basins, such as the country’s largest Rubiales field. With higher prices, they could drill up to 1,000 exploration wells in these areas. However, new explorations or tertiary and secondary recovery methods will remain out of profitability range, especially with the hypothetical $60 a barrel ceiling.

Weak oil reserves are far from the only problem. The current pipeline network has the capacity to transport only 1,000,000 bpd, while inadequate road and rail systems make ground transportation complicated and expensive. Caquetá and Putumayo departments offer the promises of new oil deposits, but lack a connection to the Pacific coast that could feed the Chinese demand that consumes 26% of the country’s oil exports. The already weak infrastructure is further undermined by security concerns. The Coveñas pipeline plays a vital role in exporting oil to the United States and through Panama, but averages one rebel bombing a week.

These security risks are unlikely to cease. Attacks on oil infrastructure have dropped since the FARC ceasefire but  the country’s second-biggest guerrilla army, the National Liberation Army (ELN), is partially filling the vacuum. While the ELN and the government have made various overtures towards peace talks, sudden breakouts of violence are likely to accompany the process, as happened with the FARC. Additionally, criminal groups have quickly stepped into areas the insurgency abandoned. Outfits involved in kidnappings, extortion, illegal mining, and narco-trafficking have moved into rural areas in many Colombian departments, are are likely here to stay.

Moreover, protests or paralysing strikes against the lack of public services are a reoccurring issue especially across impoverished rural Colombia. Due to the country’s already high deficit and slowed growth the issue is unlikely to disappear. This discontent frequently manifests as violent unrest and attacks targeting oil workers or exploration projects. These tensions are only further exacerbated by the constitutionally mandated consultations with indigenous and Afro-Colombian groups.

While pro-business policies and favourable regulatory scheme can create a sense that things are easy in Colombia, the reality is very different. Low oil reserves, insufficient infrastructure, persistent security risks and inherent social unrest are the biggest obstacles. In the current oil sector environment those positives might not overweight the risks. Even the government is aware of that, and recently passed tax reform aimed at replacing the old incomes from oil with tax revenue. Without the oil, Colombia’s growth will depend on the internal consumption and foreign capital.

Petr Bohacek is a Political and Security Risk Analyst for Latin America at Riskline.