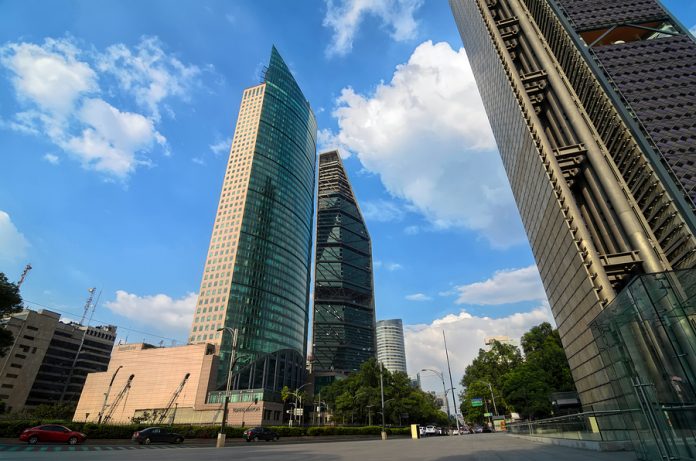 This is post 4 of 5 in the series “First Quarter Report Card: These Emerging Markets Have Fired in Q1 2017”

Given the stellar run that Brazilian equities had in 2016, and their tremendous start to 2017 which saw them as the best performing emerging market globally in January, one would believe that the best performing stock market thus far this year, at least from Latin America, may be Brazil. But in reality, these honors have gone to Mexico.

The trade rhetoric emanating from north of the border could have made Mexico a difficult wager for any investor once a change of guard took place after US elections last year. But the Latin American nation has done quite well for itself as far as equities are concerned.

The MSCI Mexico Index has risen 15.73% in Q1 2017. The impact of US President Donald Trump’s election are clearly visible on the Index, even though it remains in the red for the one year period until March 2017. And even though the MSCI Brazil Index is up a phenomenal 39% in the one year period, in YTD 2017, is has returned only 9.75%. 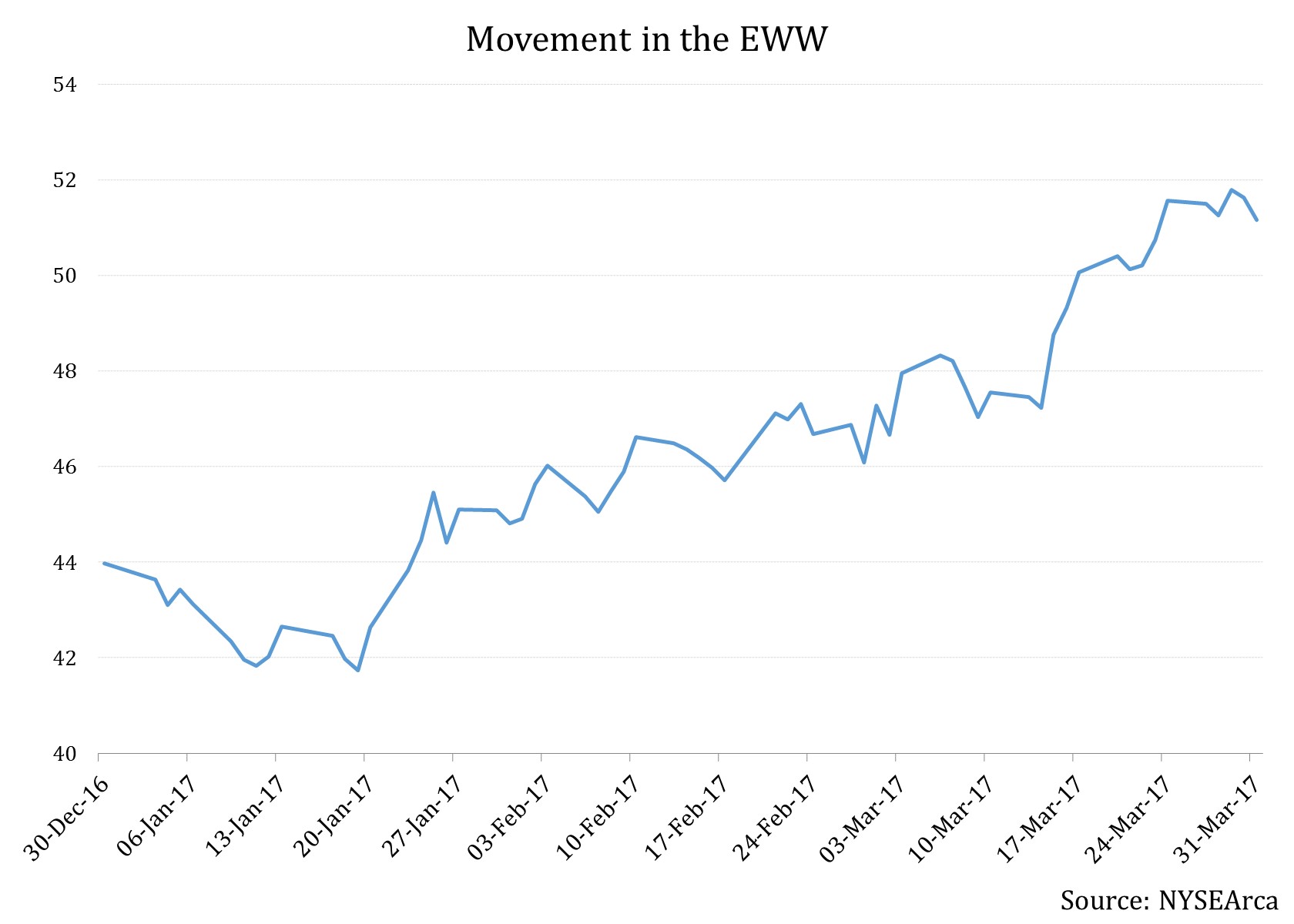 A major reason for this strong showing by Mexican equities in recent times has been relatively soothing tones by US officials on the North American Free Trade Agreement (NAFTA) – the trade deal which was at risk of being eviscerated. More engaging tones continue to come from White House National Economic Council Director Peter Navarro and Commerce Secretary Wilbur Ross.

But it seems that ETFs investing in Mexico have not seen investor interest. According to Bloomberg data, in YTD 2017, US listed funds focused on Mexican equities have witnessed new outflows to the tune of $480 million.

Nearly all of the aforementioned outflows have been seen from the iShares MSCI Mexico Capped ETF (EWW). On the other hand, the iShares Currency Hedged MSCI Mexico ETF (HEWW) and the ProShares Ultra MSCI Mexico Capped IMI (UMX) have seen small inflows this year. Thus, investors have either completely missed the party in Mexico, or they have chosen the direct route to invest in individual stocks from the country rather than ETFs.

One of the reasons that investors have taken money out of the EWW is because of its expensive price-to-earnings ratio of 21.29. According to a Reuters survey, analysts have reduced their year-end projections for Mexican equities. Meanwhile, in a Bloomberg interview, Giovanna Musa, a fund manager at Euroamerica, expressed that he was underweight Mexican stocks due to lack of drivers. Further, while BlackRock is buying Mexican debt, it is not so keen on Mexican equities.

At the same time, Bloomberg reported that Citigroup has upgraded its assessment on Mexican equities to ‘market weight’ from ‘underweight’. BTG Pactual has also upgraded Mexican stocks to ‘neutral.’

Thus, the view on stocks from the country is quite mixed. Large additions to one’s portfolio should be undertaken with due caution.

This is post 4 of 5 in the series “First Quarter Report Card: These Emerging Markets Have Fired in Q1 2017”