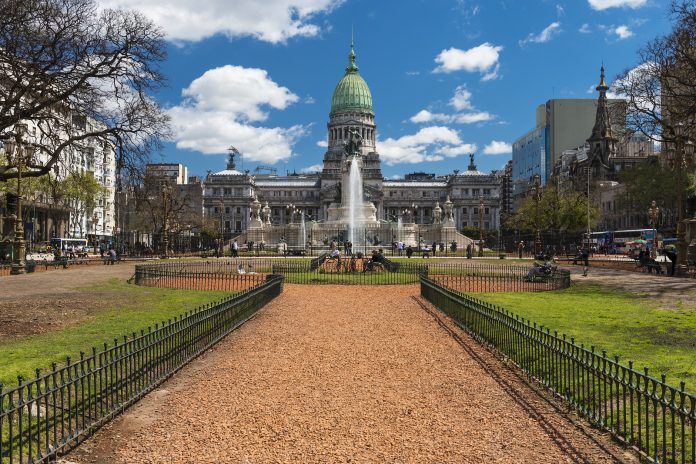 This is post 1 of 3 in the series “What Has Been Fuelling These Three Frontier Market ETFs?”

Argentina is not in the best of shape macro-economically speaking. The country has recently witnessed civil unrest regarding the policies of President Mauricio Macri. His reform measures, which included letting the Argentine peso float freely and reducing import restrictions, among others, have not gone down well with the local population.

Austerity measures, which include reduction of subsidies on gas, coupled with the free floating peso, have led to a spike in inflation in the country. According to the latest release, consumer prices in the country rose 2.6% in April from a month ago, making it even more difficult for the nation to achieve its target of 12% to 17% annual inflation by the end of 2017. Household consumption has dropped as inflation remains painfully high. Protestors have thus demanded higher wages in line with increasing costs.

Macri has grown increasingly unpopular as his actions to open up the closed economy have caused public outrage on the accusation that income inequality has risen during his term. 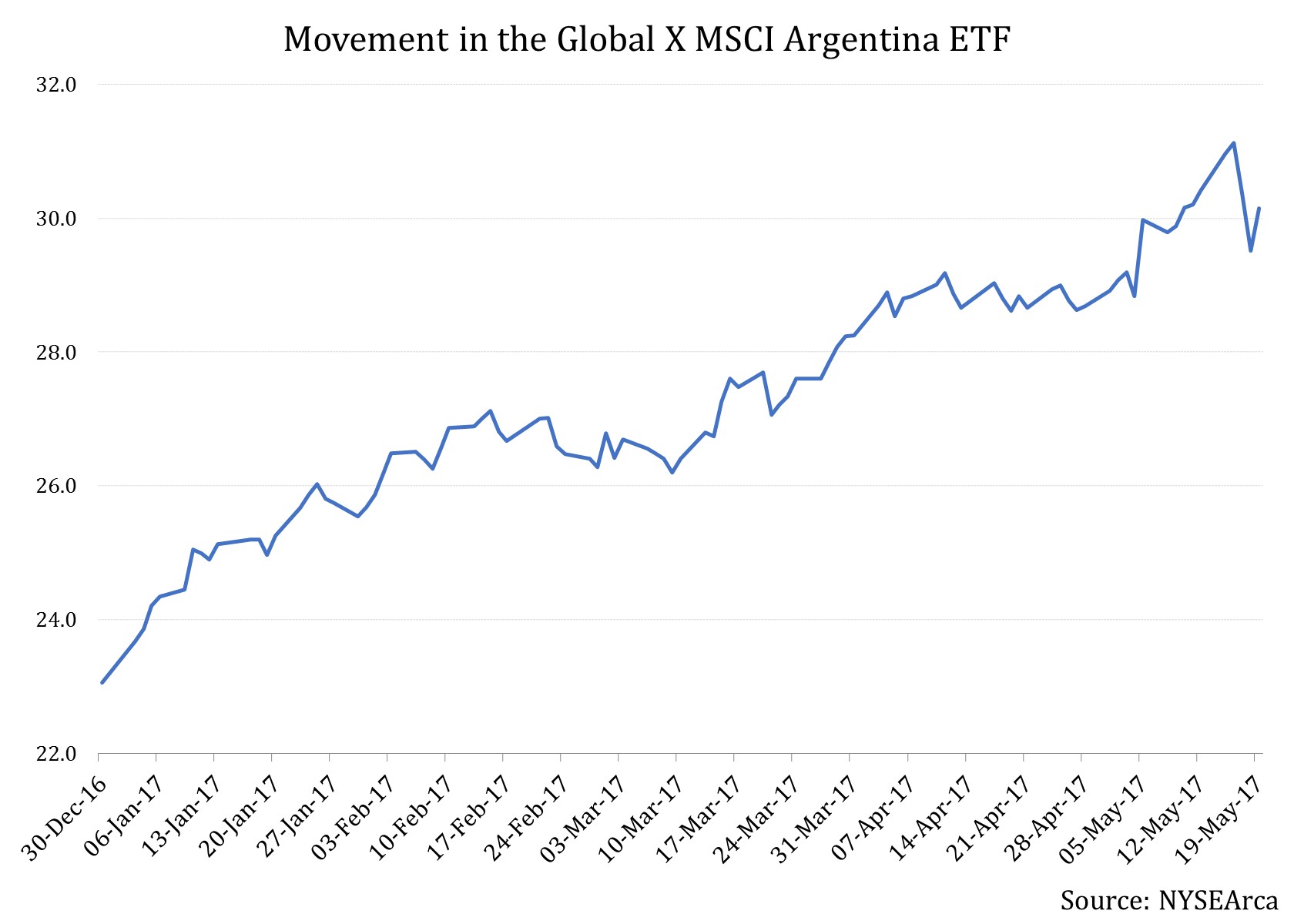 The equities picture is far removed from the gloomy depiction above. The MSCI Argentina Index is the best performing frontier market country index so far this year, with YTD returns of 36.8% until May 18.

The Global X MSCI Argentina ETF (ARGT), until recently the only ETF investing exclusively in Argentine equities available to US investors, is up 47% in the past one year. The fund tracks the MSCI All Argentina 25/50 Index.

In light of the latter, another ETF offering exposure to Argentine equities has been launched: the iShares MSCI Argentina and Global Exposure ETF (AGT).

But does the Argentine story still have room for a further rise?

However, the situation becomes less predictable over longer-term horizons. Argentine equities are not cheap with the price-to-earnings ratio of the ARGT high at 25.87. Though lower than the 33 levels seen last year, this reading is still quite high compared to emerging markets like Russia (RSX) (9.02) and Brazil (EWZ) (12.13).

A worsening domestic situation and challenging macroeconomic fundamentals can act as catalysts for what is now a relatively expensive market in Argentina.

This is post 1 of 3 in the series “What Has Been Fuelling These Three Frontier Market ETFs?”