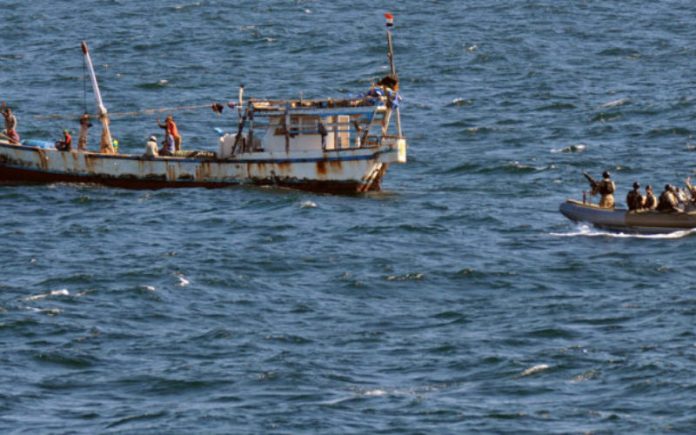 We often associate pirates with Blackbeard’s cutlass or a Somali fisherman’s Kalashnikov. However, their next hotspot could well be the turbulent coast of Venezuela. Globally, the threat of piracy, particularly that posed by armed groups from Somalia in the Indian Ocean, has been tackled with impressive and effective joint international efforts. In some parts of the world like the Caribbean, however, instability is growing.

The Threat Has Moved From Somalia

Maritime attacks around the Horn of Africa peaked in 2011 with 275 attacks, costing businesses and insurers $8.3bn.  Since then, violent maritime incidents in the Horn of Africa have been in a steady state of decline. For instance, records show that Somali pirates took part in only 9 hijackings in 2017. This is mostly thanks to anti-piracy operations carried out by the European Naval Force, NATO and even Russia, following a decision by the UN Security Council to allow warships to enter Somali territorial waters.

In fact, the waters surrounding the Horn of Africa turned into a playground. The world’s navies showed off their artillery, both to their allies and rivals, while united against a common enemy. This global “armada” proved more than sufficient as a deterrent for the disgruntled fisherman and low-ranking militiamen-turned pirates.

The raw materials that facilitate the rise of piracy, however, are not unique to the Horn of Africa. Instability and economic crisis through Latin America is causing the region to spiral towards maritime instability.

Venezuela, meanwhile, is descending into chaos, both onshore and offshore. Without an equal amount of intervention, lawlessness along the Caribbean coast will continue to transfer from land to sea. This includes the same commitment of time, resources and naval power. Moreover, conditions across the country as a whole have worsened consistently. Since 2013, Venezuela has lost half of its economy. Unemployment is approaching 30%, even as the price of goods rises by 13,000%. Similarly, inflation for 2019 is estimated to reach 10 million percent.

Like most variants of prolonged criminality, piracy often stems from political and economic instability. Latin America is no stranger to such uncertainty. Political upheaval across the region is on the rise, ranging from Haiti, Nicaragua, and of course Venezuela.

A report on the issue non-profit found there to be 71 major maritime incidents in Latin America and the Caribbean in 2017, up 163 percent from the previous year. The Caribbean coast off Venezuela hosted the majority of these attacks, with Saint Vincent, Colombia, St. Lucia and The Grenadines also being hot spots of piracy in the region.

Jeremy McDermott, co-director of Insight Crime, a nonprofit that studies organized crime in Latin America and the Caribbean, has called the coast of Venezuela “criminal chaos”. The incidents are not just low-level scavenging but often orchestrated, violent and at times lethal pirate attacks. One such act saw at least a dozen fisherman killed in May of last year. Four boats traveling from neighboring Guyana to Suriname were attacked by pirates in what the Guyanese President described as a “massacre”.

Venezuelan waters have not always been so troublesome. In the late 1980s, the fishing industry in the South American coastal state was booming. During this time, Venezuela found itself to be the fourth-largest producer of tuna in the world. The thriving business took a dramatic hit, however, following the nationalization of Pelscapa, Venezuela’s largest fishing company.

Institutionalized State corruption and poor management led to a complete breakdown of a once-thriving industry. Private companies began to disappear from the docks. As a result, life for those relying on the Caribbean coast for their livelihood became harder.

Desperation is growing. Piracy along the Caribbean coast could provide opportunities for Venezuelans to acquire goods, food or currency from the outside world. The situation has become so bleak that many of the piracy attacks are now believed to be sanctioned by, or have direct involvement from, corrupt Venezuelan officials. This is reminiscent of the surge in Somali piracy from over a decade ago, where the lack of an effective government, following the collapse of the Siad Barrie regime in 1991, led to a deterioration in public institutions, the rule of law and, critically, the Somali navy.

International attention focuses on the emerging refugee crisis and the potential toppling of the Maduro regime. It also acknowledges the high probability of mass starvation under these conditions. Even so, the turbulent coast does not receive the same level of attention. If the threat of piracy from Venezuela continues, its struggling neighbors will also experience this instability. States such as Guyana, Suriname and Trinidad and Tobago already face substantial maritime risk from piracy, drug, and weapon smuggling. Their coastal-focused economies cannot afford any further rise in risks as such.

Furthermore, officials in these countries have already expressed concern on growing key issues. This includes the influx of automatic weapons and hard drugs flowing in from the Venezuelan cartels. The seas throughout the Caribbean become less stable and more difficult to police. Organized crime groups, Venezuelan government officials, and increasingly desperate fisherman from the coastal state will exploit any opportunity available.

Piracy-related risks in the Caribbean will substantially increase if the international community does not get ahead of the threat. Small coastal states, such as Trinidad and Guyana, are already suffering from the criminal fall out of Venezuela’s collapse and being victim to a dramatic increase in armed attacks, smuggling and kidnapping.

Cooperation between the governments of Suriname and Guyana have previously wielded success in combating piracy in the region. International support should seek to empower cooperation with and between states suffering the most from the threat of piracy. A joint international response has indeed brought a deterrent to Somalia. Even so, the strong presence of ships can only last for so long. Instability, economic desperation and empowering the navies of Venezuela’s neighbors are all needed to combat the threat.

No doubt, the emerging refugee crisis will necessitate a strong naval presence soon, as land borders become increasingly fortified. For both these reasons, the region needs an immediate and pre-emptive deployment of naval vessels. These vessels should focus on combating piracy like that in Somalia before Venezuela itself collapses completely.

Nathan Paul Southern is a security analyst and investigative reporter. He holds a BA in Criminology from Caledonian University, a law degree from the University of Strathclyde and an MSc in Global Security from the University of Glasgow. Article as originally appears https://globalriskinsights.com/2019/03/pirates-caribbean-venezuela-piracy/