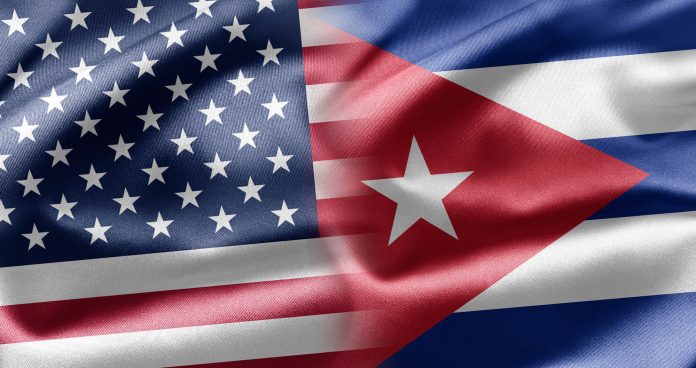 In December, Paris Club creditor nations hammered out a debt restructuring deal with the island government, which forgives a large portion of monies owed from a default in 1987, while the Cuban government committed to paying off the rest over time.

If Cuba misses any payment after a 45-day grace period, interest will rise from 1.5% to a stiff 9%, according to the agreement. In its April 29 deal with the United Kingdom, for instance, Cuba committed to paying £62.8 million ($82.5 million) of principal and interest through 2033, in annual installments due Oct. 31 each year, beginning with a $1.33 million payment this fall. This, in return for the UK pardoning £139.2 million ($183 million) in late interest.

Observers cite these kinds of deals as evidence that the Cuban government is serious about integrating itself fully into the global economy, but some are wondering if the island’s current liquidity crisis will compel it to fall back on its debt service promise.

Economist Pavel Vidal is arguing that, in the face of the cash crunch, Cuba will have to take drastic measures to maintain its commitments with international creditors, as the worst for Cuba’s economy is yet ahead.

“In 2016, the Cuban authorities can soften the shock by using up inventories of available raw materials and consumable goods and postpone payments, but in 2017 they will have to make much bigger adjustments in spending,” the former Central Bank economist argues in an upcoming Cuba Standard Economic Trend Report.

Vidal says that Cuba’s challenge is to avoid another “corralito financiero” (financial playpen), as the freezing of hard-currency bank accounts in 2008-2009 has been dubbed.

Due to these kinds of economic forecasts, the international financial community is preparing for the worst with Cuba.

“I suspect that if the liquidity crunch is severe, they may try to re-profile the payments that are coming due,” said a British investment consultant, who spoke on background. “I have also heard rumors that Cuban banks are already delayed on many payments that were due on trade finance letters of credits.”

However, the same source pointed out it’s remarkable that, despite the bad news, international trading partners and creditors are staying the course with Cuba. Expectations of greater U.S. investment in the Cuban economy are cited as a factor.

“The Paris Club countries that struck the deal with Cuba have all been encouraging their ECAs (export credit agencies) to open up to doing more business with Cuba,” he said. “In fact, the Paris Club deal allowed for individual countries to convert part of the restructured debt into projects and equity. I think the French, Dutch and the Brits have also opened some lines. Europeans are trying to get to the party before the Americans can come in. Cuba has always made deals where they have restructured old debts in return for fresh cash. They are also very good at prioritizing payments to parties where they have better terms or are expecting new money.”

Flocking to the ‘new frontier’

One such example is the Italian export credit agency SACE. Despite Cuba’s economic crisis, SACE CEO Alessandro Decio proceeded to signing a debt swap agreement with the island’s government on July 12, converting €88.6 million of commercial debt that Cuba owed SACE into a fund for strategic development projects involving Italian companies and Italian-Cuban joint ventures. That agreement followed a multilateral accord reached between the Paris Club and Cuba last December, which called for the restructuring of €441.4 million in medium and long-term debt owed to SACE.

A SACE press release issued after the signing of the agreement asserts that Cuba still is a viable market for Italian exports.

“We are delighted to announce a concrete initiative to support the entry of Italian companies into the market,” said SACE Chairman Giovanni Castellaneta in the press release. “To remain on the sidelines of this ‘new frontier’ situation would mean a significant loss of opportunities. In fact, SACE’s research department estimates that our companies could achieve a gain of no less than €220 million in new exports over the next four years.”

One Italian businessman who took part in a recent trade mission to Cuba shares this attitude.

“I don’t think Italian firms will stop (doing business with Havana), because they are very interested, and believe that now is the time to approach the Cuban market,” said Nicola Cecchi, a Florence-based lawyer who is president of the Italian-Cuban Chamber of Commerce, in a recent email toCuba Standard.

“We all know there are problems in Cuba, and there will always be. But the trend is good, and we all want to profit from it.”

In a separate press release, SACE reasoned that Cuba’s reforms, “which introduced tax benefits for foreign investors and reduced the obstacles to machinery imports into the country, have made Cuba a market with growing opportunities for Italian export, but where operating and commercial risk remain high.”  SACE mentioned that in 2015, Italian exports rose 45% to €330 million, with an excellent outlook for this year.

The Italians are following the Spanish government’s footsteps, whose export credit agency COFIDES S.A. already offers medium and long-term credit insurance coverage through a Cuba Financing Facility. With an endowment of €40 million, that facility is mandated to drive productive and commercial deployments on the island and in the Special Economic Development Zone of Mariel. In July, for example, it provided Madrid-based electrical equipment distributor Promael Group with €250,000 for a venture in Cuba. Blazing a path for more such investments, a Spanish delegation was in Havana in July to discuss how to use a €415 million ($465 million) project fund converted from old debt to encourage Spanish investments in Cuba.

Meanwhile, despite the liquidity crisis, Cuba continues to strike bilateral deals over its defaulted public debt at a brisk pace. Italy aside, just within the last four weeks Cuba negotiated debt agreements with Sweden, Denmark and Finland.

Given the positive dynamic evolving from the renegotiation of its old public debt, the British investment consultant suggests that Cuba should seek a deal for its defaulted commercial debt as well.

“In my opinion, Cuba should restructure the outstanding London Club debt (with international commercial banks), which is the last remaining large piece, and then use that opportunity to tap the international market,” he said. “I am sure many banks and investors will participate in such a deal, given the low interest rate environment we have and the potential for the Cuban economy following the improvement in relations with the U.S. Just consider the amounts of money Argentina was able to raise at reasonable rates in the international markets following their resolutions of the defaulted debt.”