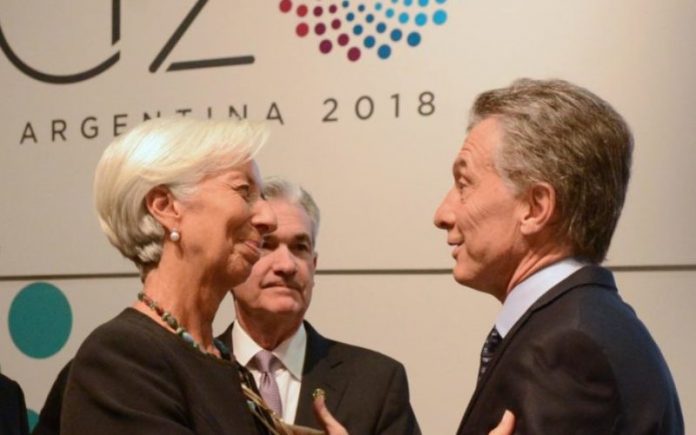 Argentina’s economy and political turmoil are on full display at the start of 2019. The country is in the midst of a difficult economic situation, which has led to a call for help to international creditors. The G-20 summit was a good opportunity to bring some stability and optimism to the country, but it did not deliver the expected results. The situation writes a difficult ending chapter for Mauricio Macri’s 2018, which will affect his re-election aspirations in 2019.

President Macri has significantly transformed Argentina since he inherited it from Cristina Fernandez de Kirchner in November 2015. He has promoted opening Argentina up to international markets and to foreign investment; this year’s host of the G-20 Summit has plans to attract more than 100 billion USD in foreign investment. However, investors and voters are becoming concerned about Macri’s capacity to stabilize a historically unstable economy.  This has awoken past nightmares already represented in the books of Latin American political history: adjustment, impoverishment, popular resistance, repression, and social polarisation.

Argentina is suffering from severe economic stagnation due to the astonishing devaluation of the peso by more than 50% since the start of the year, triggered by President Macri’s “opening up to the world” with a deliberate devaluation of the peso towards the dollar policy, which benefited the export sectors and elites (key supporters of the Cambiemos government).

To try and stop this downward trend, the IMF agreed in June to the delivery of a 50 billion dollar loan for the rescue of the Argentinian economy. In return, Argentina is committed to meeting the deficit reduction targets agreed to with the IMF – most notably, decreasing the deficit to 0% from 4% of the GDP for 2019. The opposition and a huge part of the population have pushed back against this deal, which they view as “becoming a lackey of the IMF.”

Cambiemos, Macri’s party, achieved power with a strong neoliberal agenda, which reached it maximum expression on October 25th, with the 2019 Budget Plan of increasing taxation and cutting government spending to contain the deficit and regain trust of international markets. This decision reaffirmed the policies of social cuts that had already been implemented in 2018 as an IMF requirement.

Given the unpopularity of the measure, the budget debate was tense. After a 17-hour debate in a Congress of 256 members (108 of whom are Cambiemos), the Budget passed with 138 ayes, 103 nays, 8 abstentions and 7 non-attendances. After the debate in Congress, the much more divided Senate (only 25 out of 72 members are from Cambiemos) approved the plan on 15 November 2018, with 45 ayes and 24 nays.

Social unrest and decrease in popularity

It is clear that Argentina is living difficult times and has difficult times ahead. The 2018 budget foresaw an inflation of 15.7% and today’s most optimistic calculations speak of 32%; the peso should stabilize around 19:1 to the dollar but it has already broken the 40 peso barrier; and GDP will not rise 3.2%, as the government said last December, but it will fall 1%, at best. Macri’s promises and optimism have been shattered along the way, leaving him in a tough spot, unable to uphold his word and forced to apply unpopular measures, awaking the previously appeased population and transforming them into an irritated multitude.

No country in Latin America is as difficult as Argentina to implement unpopular reforms: The polls show that the majority of the population believes that the situation is now worse than in 2015, and the president’s popularity has plummeted over 35%, with the 2019 elections around the corner.

On top of that, Macri’s administration keeps receiving harsh criticism from important figures of Argentinian politics. Jorge Taiana, former chancellor, stated in a document presented on the 19th of November to the Senate by the group “Mundo Sur”, that the government has “followed a policy for three years that in practice only served to please financial capital and multilateral credit agencies”. These allegations do not come on their own. To many, Macri misinterpreted the world scenario, weakened the international position of Argentina, indebted the country, let the IMF return to be the center of its foreign policy, boycotted all the political and economic agreements of regional integration such as Mercosur, Unasur , Celac or Parlasur and abandoned the national and regional claim on the Falkland Islands, something that Argentinians will neither forget nor forgive.

The G-20 was a great opportunity to clear all the smoke and present a strong and committed government which could address both the situation in the country and host a major international event. However, it has turned out to be a deeper failure: The G-20 ended without a deal and it only exacerbated the differences between superpowers, important matters such as the sovereignty of the Falkland Islands were not discussed; Macri’s overtures of cooperation with Mercosur and the EU were dismissed; and – in the words of respected journalist Alfredo Zaiat – it was ultimately “a great theatre that Macri used to ask for more oxygen from Lagarde and Trump. His hope is that the IMF dollars extend the grace period and allow him to be competitive in 2019.”

Macri’s administration faces the new year with a difficult situation which might cost him his re-election in October 2019. The damaged economy does not seem to be recovering anytime soon, even after the harsh adjustments that his government applied and the massive parade for the G-20 summit. This compels Macri’s administration to reach agreements with the Peronist opposition, a scenario that would damage further the president’s re-election aspirations.

In the midst of many skeptical questions from national press over the consequences of the G-20 summit for the economy of the country, Miguel Braun, Secretary of Economic Policy, argued that Argentina has a short-term need to get out of the financial turmoil. “We are starting to come out, but we still cannot claim victory, we have to remain very focused on complying with the program we have set for reducing the fiscal deficit and stabilizing the exchange rate and prices”.

However, Argentina remains a risky country in which to invest. This shows one thing: even though the economic situation is not favorable for investors, the main concern that buyers of Argentine bonds have today is not economical, but political. Many investors are still skeptical, as the Cambiemos’ administration is unlikely to remain in power for long and therefore the country risk remains high. The G-20 was a crucial test for Macri to show his ability to promote a united idea for all Argentinians, but it seems that the last breaths of hope for Macri’s 2018 will not be enough to change the mind of a bruised and tired country.