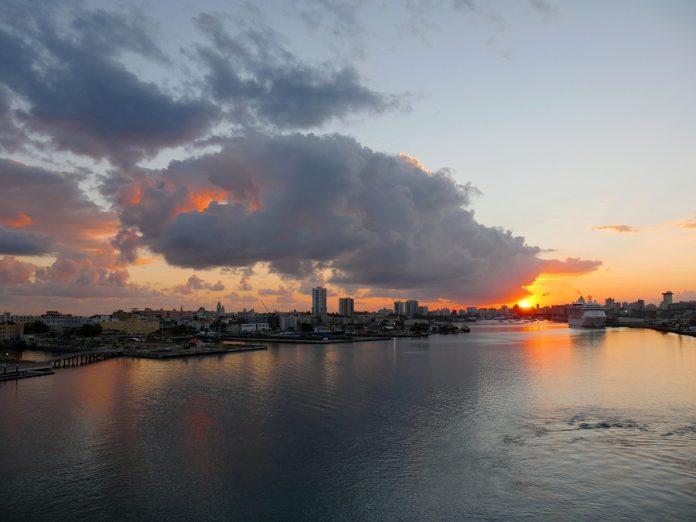 In early May, Puerto Rico filed for bankruptcy in federal court to stave off lawsuits, under a law Congress passed last year, to help the island cut its debt and escape financial disaster. The saga now heads to federal court, where the struggle between Puerto Rico and its creditors will be decided.

The Puerto Rico Oversight, Management, and Economic Stability Act (PROMESA) law sets up a federal oversight board to handle the territory’s debt negotiations and the financial obligations it owes.

Article III of PROMESA provides temporary protection from litigation, which expired last week. Puerto Rico has no way to pay the $123 billion in bonds and pension debt it owes, which includes more than $49 billion in pension liabilities.

PROMESA requires good-faith negotiations toward an out-of-court deal before any filing, as well as to establish “procedures necessary to deliver” audited financial statements for any entity entering bankruptcy.

Some Puerto Rican agencies still have not published such statements, and creditors have complained for a while that the oversight board has not done enough to encourage compromises outside of court.

Well no. Public lenders, such as the Eurozone and the International Monetary Fund (IMF), mostly hold Greece’s debt. Puerto Rico’s debt is in the hands of private investors, like hedge funds, mutual funds, and individuals.

Unlike Greece, whose economic issues put the whole Eurozone at risk, the United States economy does not have an overall stake in Puerto Rico’s problems.

Will Puerto Rico become the next Argentina?

Puerto Rico’s debt is actually worse than Argentina’s default of 2001. Argentina’s default came at the end of years of debt financing and capital inflows, a sizeable amount that went into the building of power systems, infrastructure, telecommunications and other assets. Argentina’s settlement with investors, who agreed to accept less than face value, saw opportunistic hedge funds buy the debt for a fraction of the cost.

With Puerto Rico, the expenses will most likely target the upkeep of its power grid, a water system in need of improvements, a decreasing tourism industry and the declining manufacturing base that no longer exists from the previous federal tax breaks.

What about the creditors?

The island’s constitution guarantees the debt of GO, or General Obligation, bondholders, while other debt, known as COFINA, is backed by revenue streams from tax proceeds.

Many investors believe they are first in line for the money. Though, these investors may have potential leverage to petition the judge to toss the case, arguing that Puerto Rico’s oversight board did not meet PROMESA’s requirements to file a Title III.

Expect the Article III process to take roughly 18 months or longer before a payment plan is approved by the court. Legal fights now divide the bondholders over where the seniority of each class of issues should rank.

In addition, bondholders are surprised to find that Puerto Rico’s newly elected governor and the new federal Financial Oversight and Management Board (FOMB) agree on imposing deep haircuts on the bonds’ value.

How big a haircut will creditors face?

Reuters analyzed data from Moody’s Investors Service and found that “[i]n five of six recent public bankruptcies in which the debtor defaulted on bonds, pensioners walked away with full recovery, while bondholders took haircuts.”

Bondholders can expect severe haircuts on their holdings. There will be a likely decline in values as the bonds are priced again under the blanket of bankruptcy. Ronald Bernardi, president of Bernardi Securities, explains, “This is just the second inning of a long game.”

As the bankruptcy negotiations make headway, the various forms of municipal debt will be prioritized, with some bondholders forced to take sizeable “haircuts” than others, but all bondholders should expect to get something less than 100 cents on the dollar, Mr Bernardi states.

Remember, the island has to keep paying its police officers and its teachers while it struggles to raise revenue. Puerto Rico is set to close 179 schools, which educate 27,000 students, in a move expected to save more than $7 million.

The in-court debt restructuring process could possibly avoid a potentially messy legal battle with creditors. However, some debts are expected to be resolved through ongoing negotiations.

Bad news for those investors because it’s looking like the court will force them to take some very steep losses. And that could end up hitting American wallets. Any mutual fund with a stake in Puerto Rico’s debt is probably going to lose money.