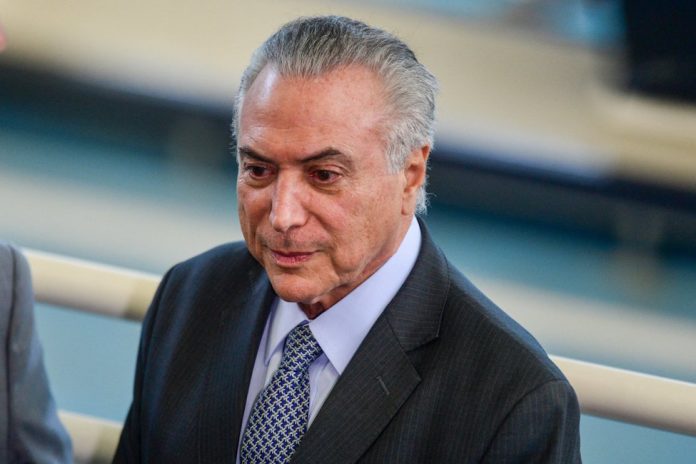 2016 was a year full of political crises and there were few places where the trouble ran as deep as it did in Brazil. After order broke down last year, Brazil is now about to reverse decades of progress.

Slated across one the world’s most recognizable national flags are three words: Ordem e Progresso. Brazil’s national motto—order and progress—has always seemed more aspirational than reflective of reality. After all, as the joke goes, Brazil is the country of the future and always will be. Its immediate future, however, is looking increasingly bleak. After order broke down last year, Brazil is now about to reverse decades of progress.

While 2016 was a year chock full of political crises everywhere, there were few places where the trouble ran as deep as it did in Brazil. The country is now in a full blown recession. Last year saw the economy contract by three percent, which followed a decline of almost four percent in 2015. Unemployment stands at 12 percent. Virtually the entire political class is mired in a corruption scandal of epic proportions. For more than a decade, Petrobras, the national oil company, has been used by politicians of all colors as a slush fund to finance election campaigns. It was Dilma Rousseff who ended up paying the price.

The now former president was impeached with the support of her erstwhile allies in government. Technically, she stumbled over budgetary inconsistencies involving the national development bank BNDES. However, these were merely strawman arguments used by Brazilian elites to remove Rousseff from office. With the stench of the Petrobras scandal hanging over her head, and the economy in the tank, her many enemies saw the political opening to take her down.

The charade over Rousseff’s impeachment illustrates the current state of the Brazilian political system. Her former Vice President, Michel Temer, has taken over. The new government has been quick to implement an unprecedented plan that breaks with the last 15 years of Brazilian social and economic policy.

Under successive governments led by former president Lula da Silva and later Rousseff, Brazil’s innovative approach towards social and economic development was widely applauded. Cash transfer programs such as Bolsa Familia have had a hand in driving down poverty levels while boosting both health and education. For the first time, children who grew up poor were able to attend university. Boosted by strong demand from China, the economy also grew at strong rates.

Despite social and economic progress, however, structural problems persisted. While inequality has fallen across the board in Latin America, Brazil remains one of the most unequal countries in the world, with 42 percent of income going to the top 10 percent of earners. By comparison, in neighboring Argentina the upper decile takes home 30 percent. In Uruguay, it is 31 percent. At the same time, regulations are often cumbersome and impenetrable, stifling the domestic private sector.

Under Lula and Dilma, the left-wing PT party proved unable to transform Brazil’s ingrained social and political structures. In Brazil’s congress, dozens of parties compete with one another on the basis of political patronage. This results in often unstable governing coalitions in which several parties are bought off to secure their support for particular policy agendas. The economy continues to rely on primary exports. As demand for its products—iron ore, soybeans, oil, and sugar—began to falter, so did the Brazilian economy. Brazil could no longer pay for the services it had promised to its citizens without running large budget deficits.

In the face of Brazil’s deteriorating budget crisis, Temer has pushed through an unprecedented fiscal austerity package. With the support of the Brazilian Congress, the new government amended the constitution and imposed a 20-year cap on all federal spending, including education and health care. The spending cap can only increase by the rate of inflation in the previous year. As a result, spending on virtually all government programs will remain flat at 2016 levels until 2037—irrespective of future GDP growth or population increases. Ordinarily, austerity packages in other countries have made allowances for such future adjustments.

The implications are severe. Education expenditures per child are estimated to drop by nearly a third, and spending on health services per patient are scheduled to fall by 10 percent. In addition, the Temer administration is making significant changes to Brazil’s pension scheme. The proposal sets a minimum retirement age of 65, and mandates a minimum of 25 years of contributions to the social security system.

A UN spokesperson for extreme poverty and human rights strongly criticized Brazil’s turn towards austerity, stating that the amendment puts the country “in a socially retrogressive category all of its own”. Any future surplus taxation gains will go towards debt repayment.

At the same time, Brazil’s tax code will remain as regressive as ever. At present, there is neither a dividend tax nor an income tax for company owners. Top earners in the highest income tax bracket pay 27.5 percent, a paltry figure by international standards. Ostensibly a move to re-establish responsible government and boost business confidence, Temer’s budget plans are shifting the burden of adjustment to Brazil’s already struggling lower classes.

According to the amendment’s wording, the earliest that lawmakers can revise the new rules is in 2026. Even then, overturning the austerity measures would require a three-fifths majority in Congress, a tall task for a political system populated by more parties than one can keep track of. This suggests Temer’s plan is here to stay for the foreseeable future.

Temer himself appears to be implicated in the ongoing corruption investigation nicknamed “lava jato”, or car wash. He has indicated he will not be running for president in the next elections, which are scheduled for 2018. In the meantime, his government is highly unpopular, and protests are widespread. In addition, six ministers from the Temer administration have resigned amid corruption charges. At this point, it is unclear how much longer his government can survive.

Brazil’s budget crisis is starting to have real consequences. Reports suggest that the state of Rio de Janeiro is no longer able to fund scientific research, which has caused some of Brazil’s top scientists to look elsewhere to make a living. In the long-term, this kind of brain drain could have major implications for Brazil’s ability to compete in the knowledge economy.

The Temer administration’s cure could very well prove worse than the poison. Once the poster child of the developing world, Brazil may be back to hoping for a future that may never come.