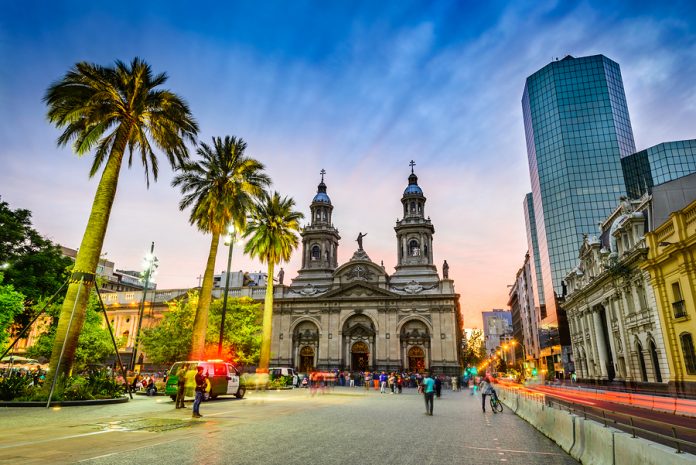 If Chile’s year-long bull market is anything to go by, conservative candidate Sebastian Piñera is likely to become the country’s next president after the December run-offs. But neither Piñera nor his centre-left rival Alejandro Guillier seem too concerned about state-miner Codelco, whose financial well being could have a ripple effect on the global copper market.

Codelco (1006Z:CI) has consistently posted strong quarters since it began implementing austerity measures during the 2015 copper market dip. Last quarter saw a pre-tax profit of $1.6 billion, an overall improvement of more than three times against the loss posted for the same period last year. Nonetheless, it’s a trend that is hardly sustainable given Codelco’s falling ore grades and aging mines.

The state-miner’s average ore grade has fallen roughly 10% since 2013, meaning Codelco has to process 10% more ore in order to produce the same amount of copper it did five years ago. At a time when declining ore grades are prevalent across the industry, the state-miner has to invest in higher yielding mines to remain profitable.

Codelco, which accounts for around 60% of Chile’s exports, would need around $20 billion to keep output flowing and expand its operations according to internal reports. Codelco has proposed revamping operations at its traditional crown jewels, the El Teniente and Radomiro Tomic mines, as well as resuming interest in investments outside Chile in projects as far away as Mongolia. Can they get it done?

Both runoff candidates, conservative Sebastian Pinera and centre-left Alejandro Guillier have widely differing priorities for the state-mining giant. Piñera, who has shown scepticism over Codelco’s management in the past, has recently told the miner it would have to maximize performance of existing assets and draft a “realistic investment plan”.

During his first administration, Piñera turned to the bond market to finance Codelco, raising the miner’s debt 84% at a time when there were already high market prices for copper. The presidential candidate now promises to reduce public spending and lower the country’s deficit. That would leave Codelco high and dry.

In contrast, Senator Guiller has prioritized relations with the company’s unions, much like the outgoing administration of Michelle Bachelet. Labour actions have hit copper miners hard over the past few years, particularly inside Chile. Melbourne-based BHP Billiton (BHP:AU) saw a 43-day strike in its flagship Escondida mine from February to March, cutan estimated $1 billion off its yearly revenue. Codelco’s Chief Executive Nelson Pizarro freely admits the mining industry is “unpleasant” to most Chileans. Nevertheless, while improving union relations could protect the miner’s bottom line, it would do little to add to production.

Guiller’s plans, however, are likely to be heavily influenced by leftist party Frente Amplio and its strong showing in the November elections. Frente Amplio had previously called for the recapitalization of Codelco in order to finance social spending, leaving little room for mining investments.

Surprisingly, both candidates have vowed to unburden the state-miner of its constitutional mandate to fund the military. The Pinochet-era legislation transfers 10% of Codelco’s export sales (roughly $866 million last year) to the Chilean military. The widely unpopular piece of legislation could free up capital for investments. But the laws successful passage will arguably have more to do with the incumbent legislative assembly than the president.

The success of a left-wing Frente Amplio and other non-coalition parties in the legislative elections has muddied the waters for both runoff candidates. Regardless of who wins, they are unlikely to hold a strong mandate and will be forced to balance their centrist appeal and cater to their bases’ extremes.

Chile’s fragmented congress will force the incumbent president to cross party lines in order to pass any significant legislation. This is particularly troubling for Piñera given that both congress and the senate lean towards the left. Passing his proposed tax reforms will be next to impossible without support from the centre-left. For Guiller, this will likely mean his entire agenda will be pulled to the left by Frente Amplio.

In this fragmented legislative environment, a repeal of Codelco’s 10% military burden is highly likely to stall. There is already a broad concern the export tithe will not be cut back regardless of the President’s policy initiative. They point towards the influence the Chilean military continues to wield over all branches of government, irrespective of recent corruption scandals. Mining Professor Gustavo Lagos at the Universidad Catolica is among those that sees doubts that the law will ever get overturned: “I’m not very optimistic (…) we’ve been talking about it for 25 years”.

However, if the military funding mandate were to be repealed, there is no certainty Codelco will keep the 10%. It may very well be distributed to any other policy priority outside the miner’s coffers. So far Piñera has been the only candidate to insinuate he might return the money back to Codelco.

It’s a mistake to dismiss Chile’s influence in the world’s copper markets or the outcome of the upcoming election. Asian markets are continuing to demand copper due to higher-than-expected GDP growth and forecasts already seeing a bump in the copper market as high as 2% in 2018. Burgeoning industries, in particular green-products, will also rely heavily on the red metals to go into production.

Copper miners are now branching out into previously untapped mineral sources and investing in mines inside politically volatile areas such as the Central African copper belt. Chile’s copper industry is tantamount to an insurance policy against market dips caused by political instability elsewhere.

Chile has been the world’s top copper producer for the last quarter century and will remain a leading player for the near future. Thus, government policy regulating the state-miner will have a tremendous impact on the overall mining environment in the country, and the wider market.