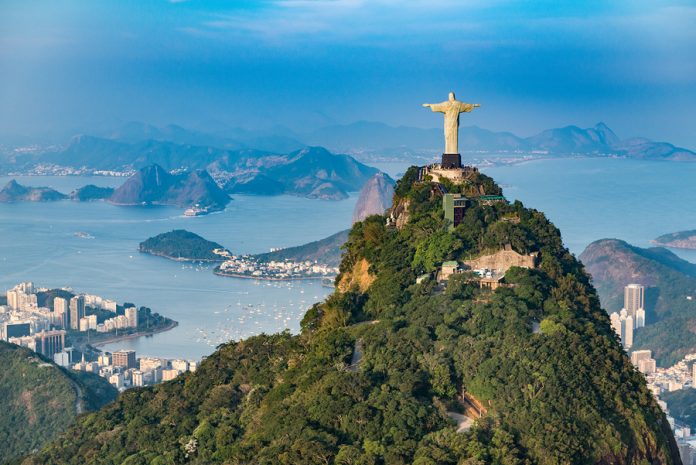 This is post 2 of 7 in the series “Brazil:End Of A Bull Run Or A Buying Opportunity?”

A rating cut on the cards?

In a further intensification of Brazil’s (EWZ) woes, rating agency S&P Global recently stated that it may cut Brazil’s sovereign debt rating. The rating agency has placed the country’s debt on credit watch with “negative implications”, implying it may be downgraded in the next three months. S&P currently rates Brazil at BB, two steps below investment grade. Moody’s also changed the outlook on Brazil from “stable” to “negative” on May 26. Last week, Fitch reaffirmed Brazil’s rating despite political chaos in the country but maintained a negative outlook. 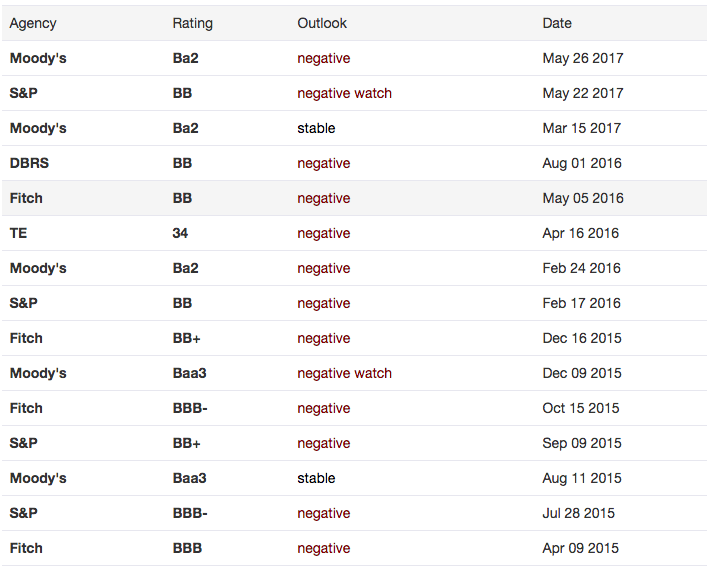 Lisa Schineller of S&P stated in a note to investors, “Should these recent allegations against President Temer be corroborated, the president’s ability to remain in office and govern effectively would likely become untenable.”

Meanwhile, Moody’s mentioned, “Whatever the outcome, the recent corruption allegations against the president risk reversing the virtuous cycle between political normalcy, reform implementation, and investor confidence that underpinned the stabilization of economic conditions.”

The note continued, “As a consequence of these developments, downside risks to our growth forecasts for 2017 and 2018 have increased. Short-term growth is generally of limited significance for credit ratings; however, in Brazil’s case, the persistence of the very significant shock to growth witnessed in recent years would signal further diminishing of economic strength in the medium-term …”

This is post 2 of 7 in the series “Brazil:End Of A Bull Run Or A Buying Opportunity?”