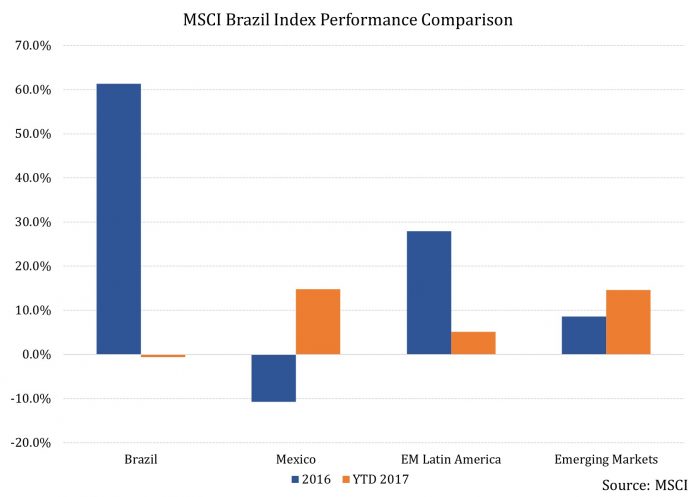 If you were to look at the YTD performance of the MSCI Brazil index until May 19, you’d find that it has returned 1.9% for the period. In mid-May, the index’s returns had stood at -0.65% for the aforementioned period and the Brazil ADR index was down 1.7%.

This high volatility, in light of recent developments, coupled with its performance compared to 2016 and earlier this year, provides reason to look at the country’s stocks carefully. 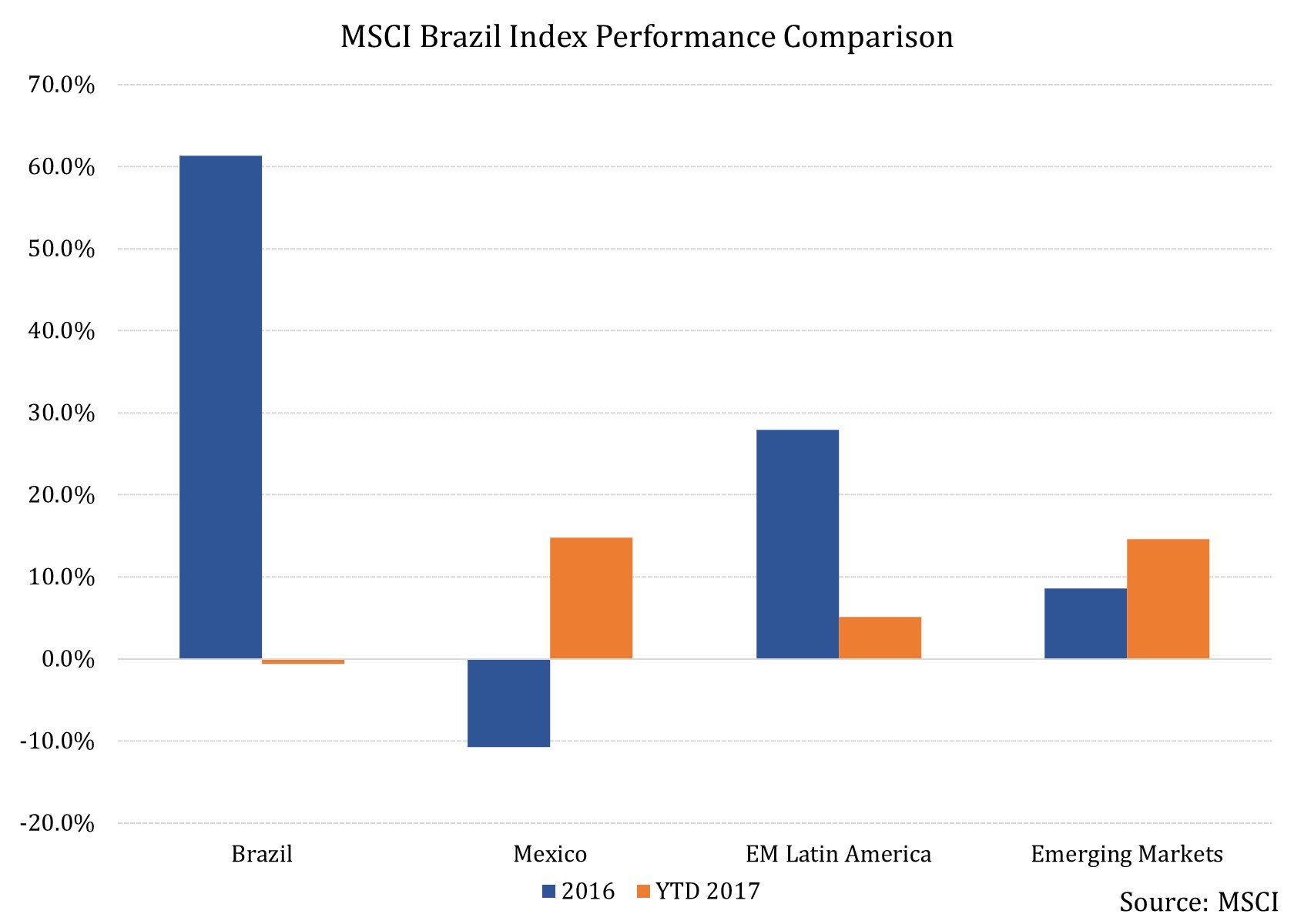 With a 61% annual return in 2016 and 15% return until February of 2016, the Brazil index was the darling of emerging market investors. But since then, the index has been on a decline. To compare its performance until May 18, the MSCI Emerging Market Latin America index has returned 5.1%, Mexico has returned 14.8%, Chile has returned 11.7% and the broader Emerging Markets index is up 14.6%.

The energy sector has taken its toll on the iShares MSCI Brazil Capped ETF (EWZ) with Petróleo Brasileiro S.A. (PBR) weighing on the sector. Meanwhile, stocks like BRF S.A. (BRFS) and JBS S.A. have reduced returns from the consumer staples sector.

In 2016, sentiment was driving Brazilian equities, especially after former president Dilma Rousseff was impeached, even though the macroeconomic picture was gloomy.

Michel Temer was not a popular choice, but the team that he had assembled to get Brazil out of the trenches had overseas investors excited about the country’s prospects. Investors were still buying the Brazil story until recently. According to Bloomberg data, US-listed Brazil-focused ETFs have attracted inflows amounting to $844.6 million through May 18. EWZ alone accounts for $801.6 million of these inflows.

However, the macroeconomic picture has changed for the worse. In latest developments, Temer has been accused of obstructing justice after recordings which show him allegedly bribing a former associate. On May 24 protesters set fire to a ministry building as tens of thousands gathered outside congress in the nation’s capital demanding the ouster of President Temer.

The fact that it’s not been a year since the country impeached Rousseff for fudging the country’s budget numbers, allegations of corruption are a big blow to the sentiment towards Brazilian equities.

As of now, there are more negatives than positives for stocks from the country, especially post the run-up witnessed last year and until February this year.