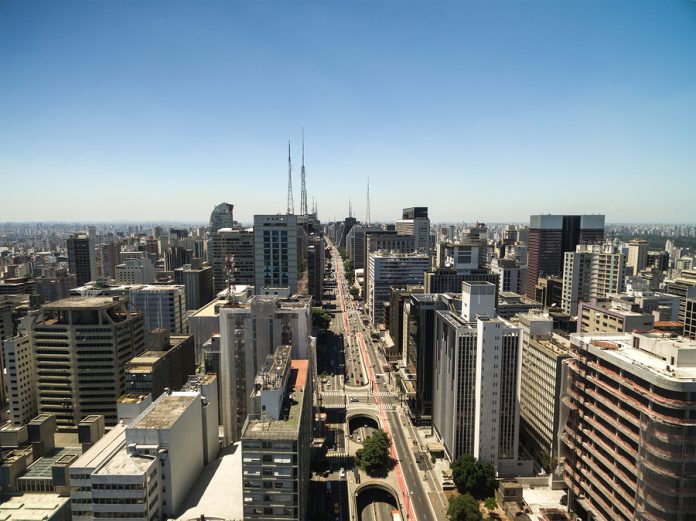 Brazil’s stock markets plunged in the last two months after reports of a scandal by the President Michel Temer. State-owned companies Petrobas, Centrais Electricas Bras and Banco do Brasil were hit the most as political turmoil sent assets lower.

Now Brazil is pushed into a deeper political crisis after accused President Temer became the country’s first head of state to be formally convicted of corruption while in power. The Attorney General of Brazil’s Supreme Court charged Temer with taking million of dollars as a bribe from the country’s meat packing company JBS. This charge comes less than a year after Dilma Rousseff, the previous President, was ousted on criminal charges. 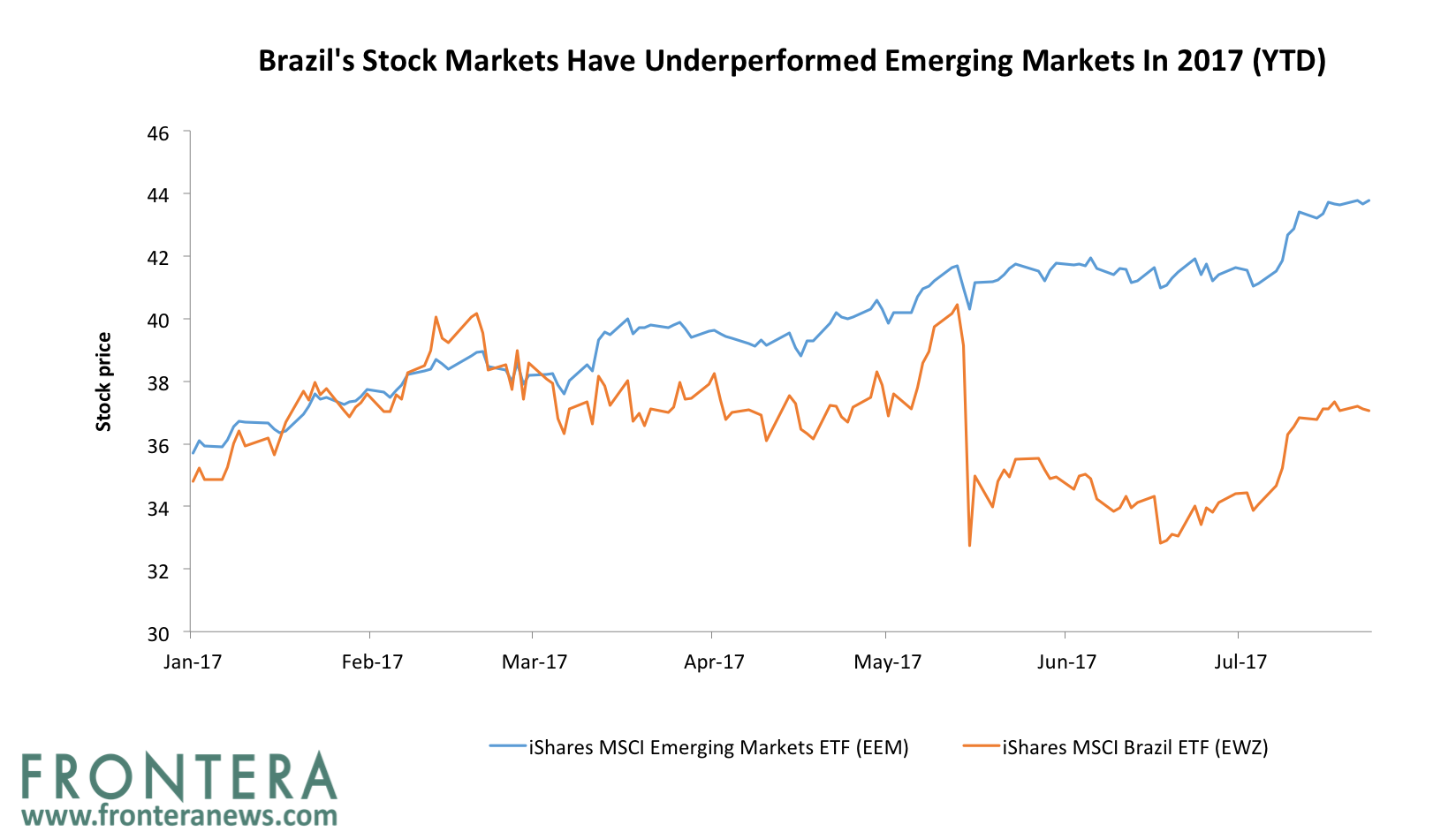 Shares of the iShares MSCI Brazil Capped exchange-traded fund (EWZ) have tanked 5% since May 18 and have underperformed the iShares MSCI Emerging Markets ETF (EEM). Fund flows to Brazil however continue to remain undeterred as investors consider this dip as an attractive entry point. 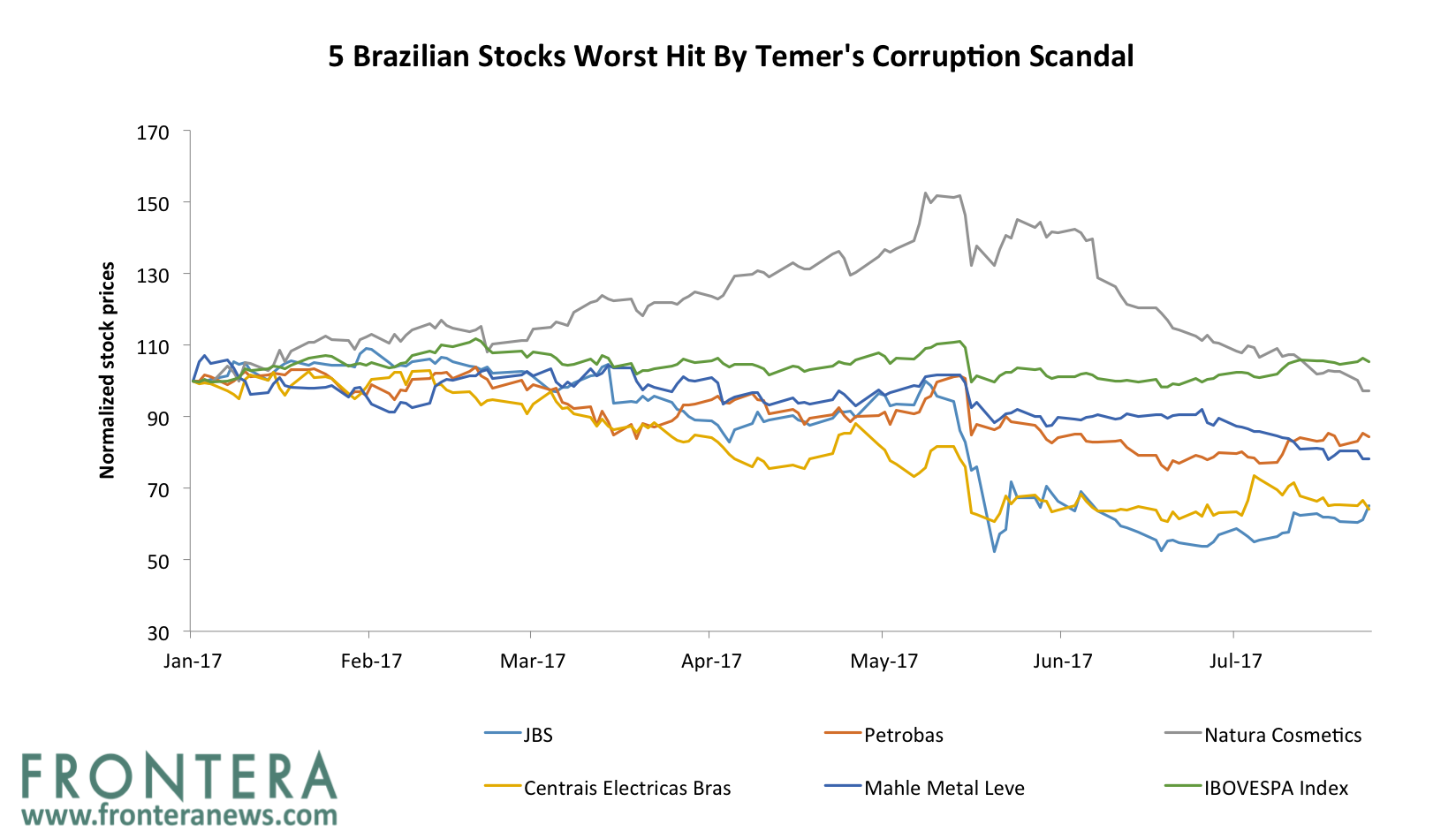 JBS (JBSS3), Brazil’s largest meat-packing company has been slapped with $3.36 billion fines to settle allegations of bribery. JBS is at the center of the latest political corruption probe that was triggered in May. Shares of the company have tanked 21% since May 18 and 34% YTD.

The company’s shareholders have turned to Banco Bradesco’s investment banking unit to dispose off some assets in order to raise money to settle the fines. These hefty penalties have spooked investors and led to a one-third decline in the company’s stock price in 2017 so far. Market capitalization of JBS has declined by 21% since May 18. 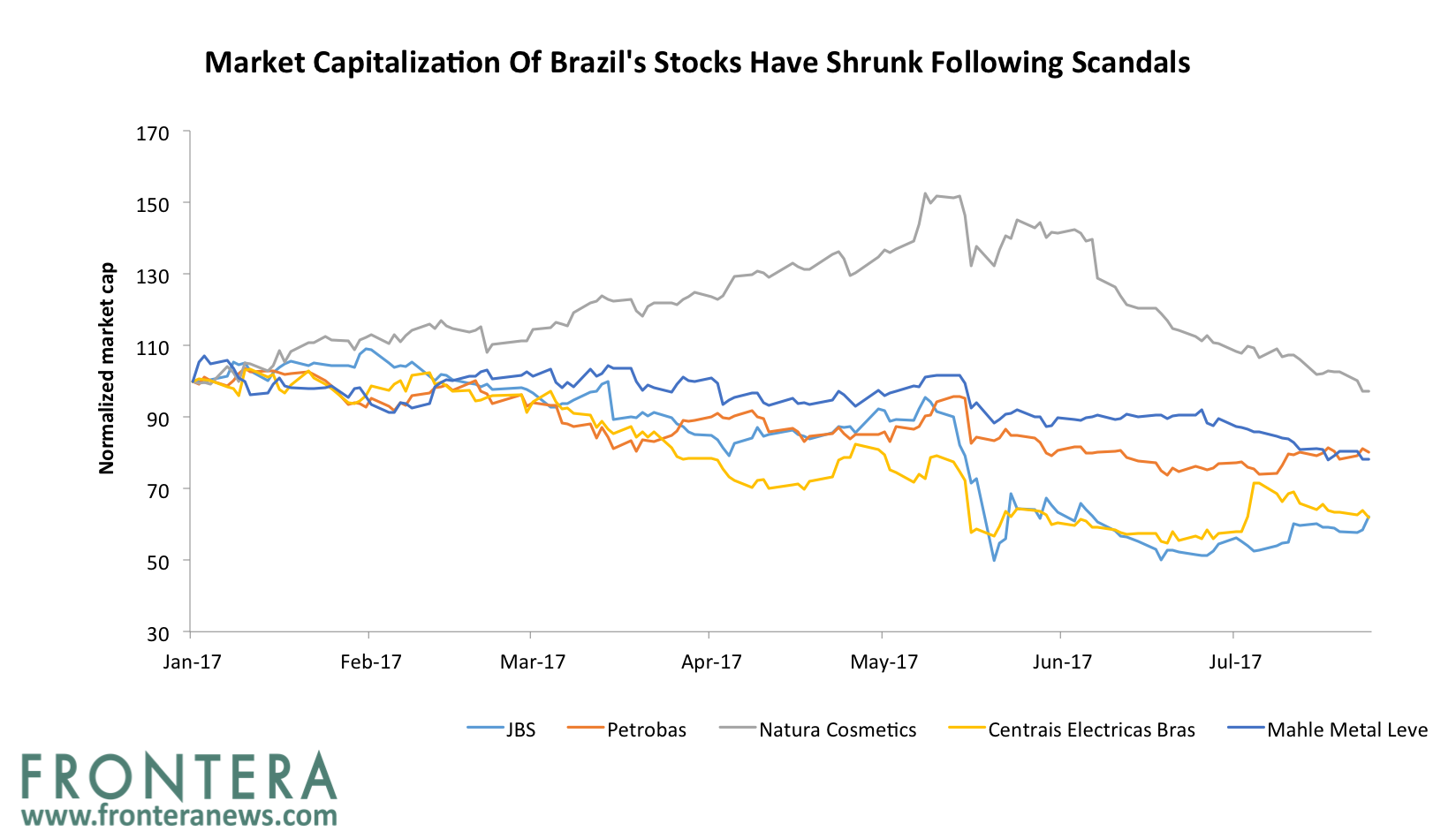 The largest shareholder in JBS – the Batistas – are considering selling off Fábrica de Produtos Alimentícios Vigor SA and sportswear and shoemaker Alpargatas SA to raise funds to pay off the fines.

Naturas Cosmeticos (NATU3.SA) stock price has declined 27% over the past three months and 13% over the last one month alone. The company trades on the Sao Paulo Stock Exchange and has a market capitalization of $3.1 billion.

Natura has also invested in compliance systems in the last two years to adhere to Brazil’s Clean Companies Act and control corrupt acts by employees.

Petrobas (PETR3.SA), Brazil’s state-run oil company, has been engulfed in corruption scandals since 2014 that have cost the company nearly $13 billion in the past five years.

The company was charged $2.1 billion in fines in 2015 and $833 million in March 2017 for manipulating oil prices. It also had impairment losses of $14.8 billion. The loss reflects the decreasing value of the company’s assets resulting from the drop in oil price, project delays and other factors. In early 2015, the company formed a compliance team of nearly 350 employees to prevent further instances of corruption.

These corruption scandals have put pressure on the company’s balance sheet at a time when it is already battling low oil prices. To improve cash flow, it cut its workforce by 20% and reduced capex by 32%. Further, it sold off assets to reduce its debt load including a natural gas pipeline system with Brookfield Infrastructure.

Shares of the company are down 11% YTD and 8.4% over the last three months alone. Consequently, the state-run company has lost 15% of its market value during the year so far. Petrobas’ ADRs also trade on the New York Stock Exchange under the ticker PBR-A.

Even though shares of the company are down 36% YTD, it is expected to gain significantly from the Brazilian government’s plan to revamp the power sector. Brazil’s government is planning to overhaul power sector regulations by 2018 leading to lower taxes and promote foreign investments in the sector.

Centrais Electricas Bras trades on the Sao Paulo Stock Exchange (IBOVESPA) with a market capitalization of $6.1 billion. In the last three months, shares of the company have lost 16%. 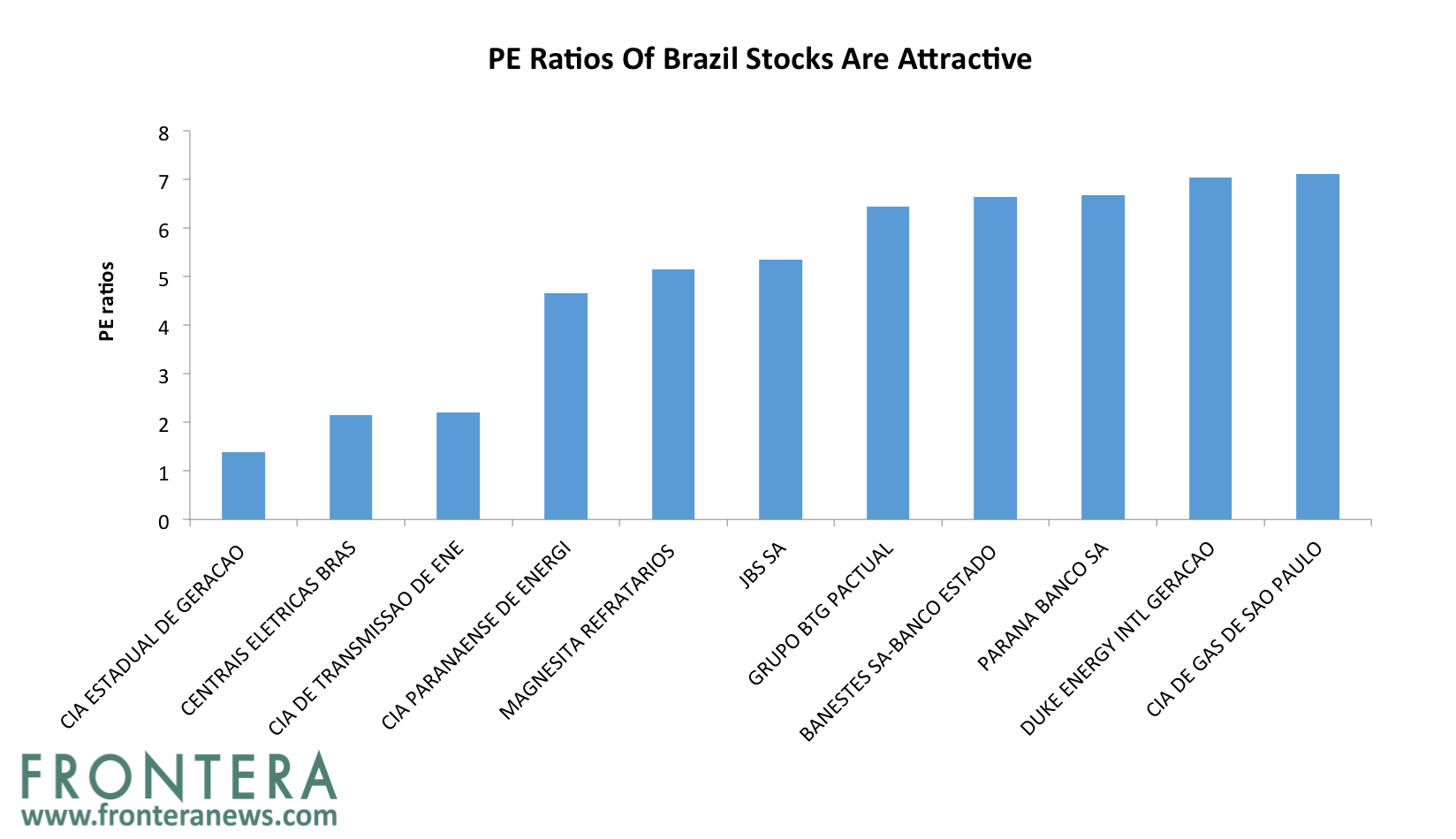