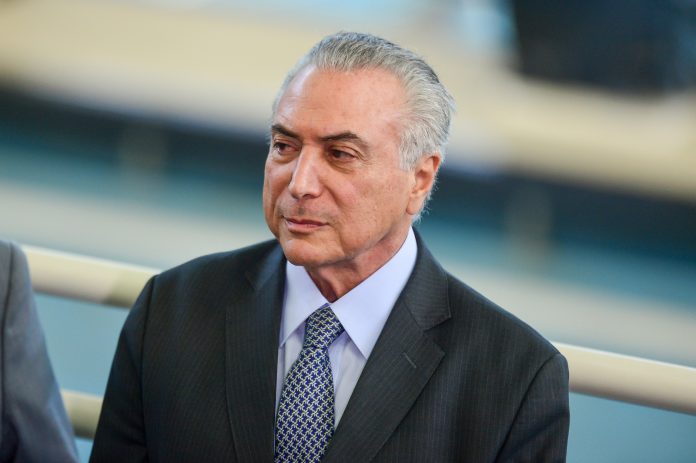 Political uncertainty re-emerged in Brazil last week, when O Globo, a local newspaper, published accusations, based on audio tape recordings, that President Michel Temer endorsed bribes to Eduardo Cunha, former speaker of parliament. Temer rejected the accusations and said that the tapes had been doctored. He appealed to the Supreme Court to verify the integrity of the tapes. Pending the Supreme Court’s assessment, which is expected on Wednesday of this week, this is a classic case of one side’s word against another. However, it seems clear that even if the audio tapes have integrity the content may not be strong enough to prove anything against Temer. Even so, the tapes wound Temer, because he comes across as someone who has been too responsive to powerful oligarchs, who requested special favors from BNDES (local development bank), the Finance Ministry and Brazil’s equivalent of SEC, the CVM. As president Temer should not even be listening to such requests and should not have conceded to 1-to-1 meetings.

What are the possible outcomes from here? One scenario is that Temer resigns quickly, which opens the door for the parliament to select a new leader via indirect election. Rumours are mentioning Finance Minister Henrique Meirelles or former president Fernando Henrique Cardoso as contenders to serve out the remainder of the Temer’s term which ends in October 2018. In this case, the political parties that make up the current coalition (PMDB, PSDB and DEM) would resume reforms. This scenario would be very bullish.

The other main scenario is that Temer remains in office and regains legitimacy after proving his innocence. Reforms would be back on track with good prospects for final passage of the labour reform, which still needs to pass in the Senate. The pension reform, however, would be called into question given that this requires two thirds support in order to pass. The market is currently pricing in zero chance of pension reform plus the possibility that Lula comes back through direct elections. This seems excessively bearish. There is no doubt that the pension reform is important for the long-term fiscal outlook, but the reform is not time-critical. Brazil’s public finances will easily be able to cope with a delay to the pension reform until the next administration takes office. The next administration would not have much choice in the matter though. The recently approved constitution reform limits public spending growth in real terms to zero over the next two decades, so unless the pension reform is passed statutory contributions to pensions will eventually eat up 7-9% of GDP and leave very little room for discretionary spending. Politicians do not like this.

Temer could also be forced from office if the Electoral Court, in June of this year, rules that the 2014 Dilma/ Temer presidential election was illegitimate. If this happens then Temer’s replacement will also be elected indirectly, i.e. by Congress, provided that Temer is removed more than six months ahead of the next election. The market fears that Temer will be removed and direct elections held leading to the election of former President Lula before he is tried for corruption, but we think this is unlikely due to the six months rule.

Finally, there is a scenario where Temer stays, but with no or very little legitimacy. In this case no reforms will be approved, but we think the damage would be relatively limited, because the market is already beginning to look to the 2018 elections. Clean politicians are likely to do far better in 2018 than dirty politicians. As such, the odds that Dilma and Lula return to office are very small, in our view. Lula and Dilma are alleged to have stolen USD 50m and USD 30m, respectively. Another old timer, Aecio Neves of the PSDB, is also alleged to have performed major misdeeds and may yet go to jail. Hence, the election in 2018 looks set to offer a bunch of newcomers to the political stage, such as Sao Paulo’s mayor Joao Doria (PSDB), who is currently in a strong position to challenge for the presidency. He would want Temer to stay, so that reforms can be completed before he takes office.

In short, we think the market has priced in too much fear. The odds that Lula comes back are low. The reform agenda is not hugely time sensitive. And the outlook beyond 2018 looks positive. And then there is the economy: Ratings agencies have so far chosen to withhold judgement pending availability of further information. This makes sense. Brazil’s willingness to service debt is unaffected by the scandal and the ability to pay is improving on account of better news about the economy. After a long recession Brazil’s economy is now slowly picking up and should record positive growth this quarter. The central bank’s economic activity indicator was up 1.05% yoy in March. This was higher than the median market expectation of 0.2% yoy. Net payroll job creation was also better in April with 60K new jobs created, again much higher than the market expectation. Meanwhile, inflation is falling and the central bank will continue to cut rates, albeit possibly at a slower speed if the pension reform is derailed. Bouts of political noise tend to generate over-reactions in the markets and very few such events have a meaningful impact on the riskiness of investing in public debt. Past bouts of political volatility have been excellent buying opportunities. In 2016 Brazil’s domestic government fixed income returned a whopping 60% in Dollar-terms to those who bought bonds on the back of the bout of political noise surrounding Dilma’s impeachment. We think Brazil continues to offer a compelling fixed income proposition, now with an even more attractive entry point.