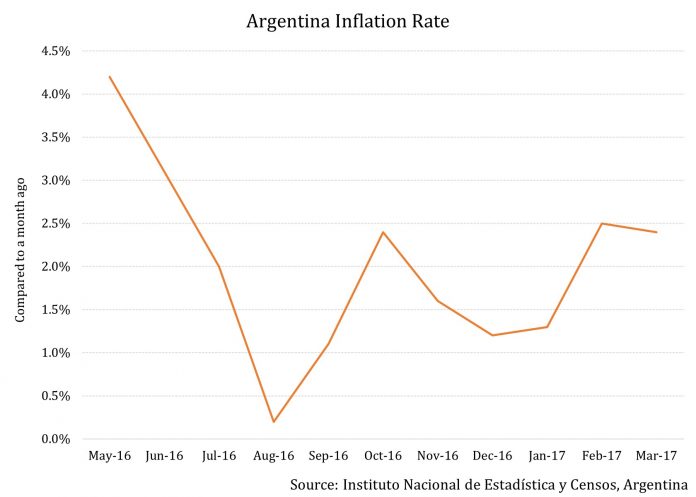 This is post 1 of 5 in the series “But Will Argentina Remain Favorable For Investors?”

The Central Bank of Argentina, in a surprise move, raised its key policy rate by a sharp and unexpected 1.5% on April 11 in order to address the issue of surging inflation. The policy rate now stands at 26.25%.

The rate hike was not expected by many, but it was the size of rate hike that was even more surprising. Central bank chief Federico Sturzenegger had already said that inflation figures for March had convinced the bank that its stance of monetary policy needed to be tighter. However, the sharp increase was a bit of jolt for an economy which has been in a phase of either stable or declining interest rates for nearly a year.

It was in early 2016 that the central bank had last increased key rates in order to control inflation. 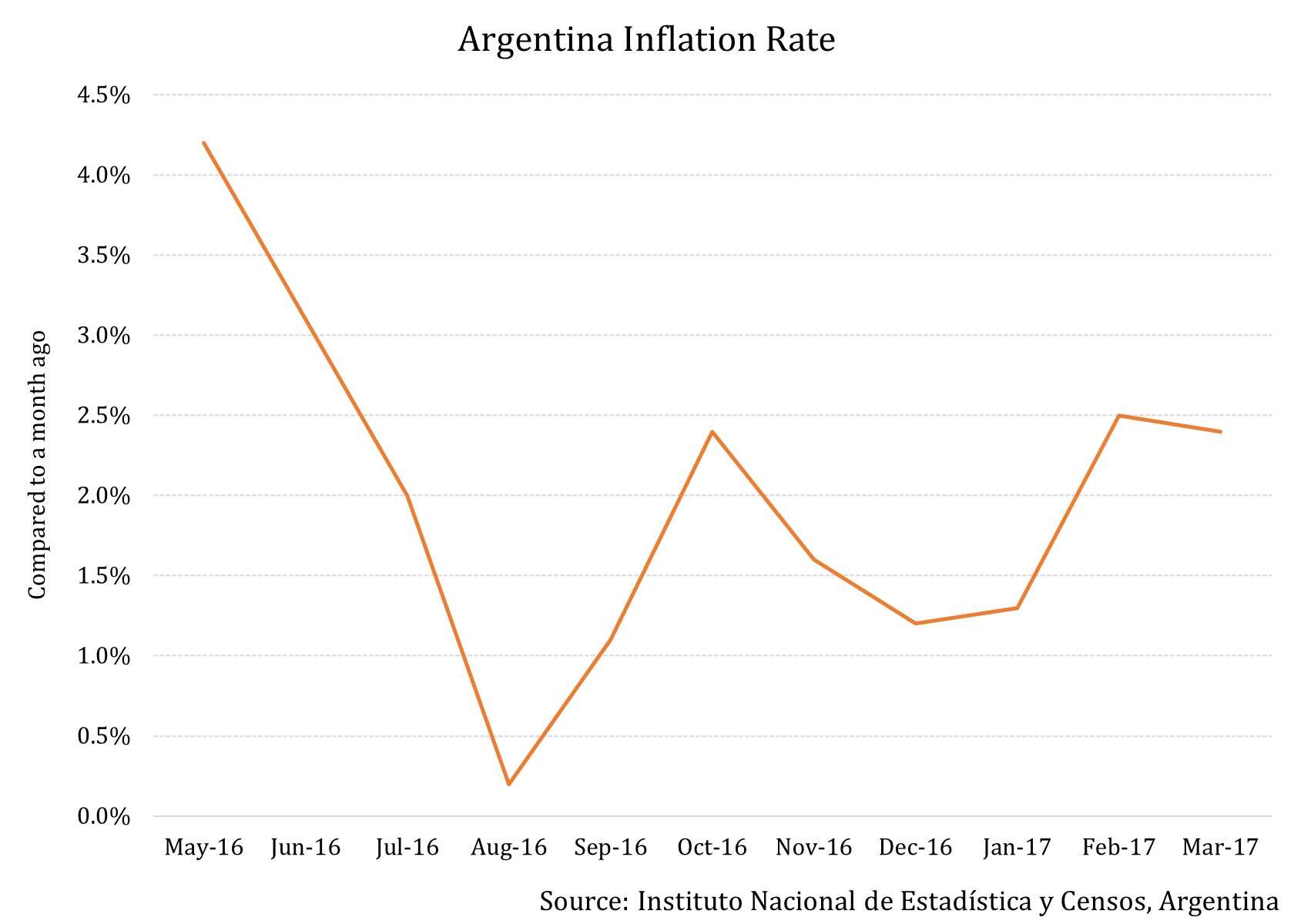 Argentina has an inflation problem

Argentina has been struggling with high inflation rates for quite some time. Inflation had surged to 40% on a year-on-year basis in 2016 and has subsequently remained high due to subsidy reductions by the government. The rise in consumer prices in March became the tipping point for the central bank in putting in pace a contractionary monetary policy.

Data from the Instituto Nacional de Estadística y Censos (INDEC) showed that on a month-on-month basis, consumer prices rose by 2.4% in March – higher than expected – after having risen by 2.5% in February. Core inflation remained unchanged at 1.8% so was the most prominent reason that made the central bank act.

The central bank noted that it “considers it appropriate to tighten liquidity conditions with the aim of ensuring that the disinflation process in the coming months is consistent with the targets proposed for the year.”

The institution aims to bring inflation down to 12%-17% this year. However, a survey conducted by the bank shows that economists expect inflation to be 21.2% in 2017.

Many believe that the target set for inflation by the central bank is beyond its reach. The bank itself admitted that inflation for April could be on a higher trajectory than expected.

Apart from being a major challenge to the central bank, inflation has put pressure on domestic consumption. And this is where Argentina is battling two difficult fronts. Let’s look at those in the next article.

This is post 1 of 5 in the series “But Will Argentina Remain Favorable For Investors?”