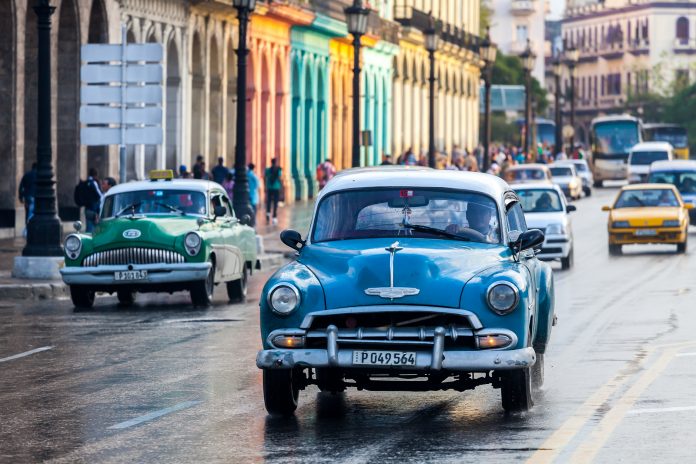 The recent tightening of US policy toward Cuba makes business opportunities more limited, but falls well short of a reversal of the historic opening with Cuba in 2015. For the time being, American companies and investors can use several economic and political indicators to track in what places and how quickly US commercial policy may change favorably.

President Raul Castro says he will step down in February 2018 at the end of his second term, with Miguel Diaz-Canal, Cuba’s first vice president, as the likely successor. Diaz-Canal would be the first civilian leader since the 1959 revolution. Diaz-Canal generally keeps a low profile, but has repeatedly voiced a desire for more press freedom and peaceful resistance in Cuban society. He is an electrical engineer and allegedly an avid Facebook user, allowing for some optimism that he may accelerate the creation of a private sector in Cuba.

The question remains whether Diaz-Canal will follow through on these stated priorities once in office. Further, how quickly he can enact reforms on human rights and economic fronts will depend on the resistance he encounters from the aging military leaders and Raúl, who will maintain a senior role in the party. Only substantial reforms will prompt forward advancements in US commercial and diplomatic relations with Cuba.

Cuba is experiencing a major trade deficit, with exports dropping 24% in 2015. While it has traditionally relied on imports, major Cuban exports, such as sugar, nickel and refined oil, have all suffered from plummeting commodity prices. Furthermore, decreasing oil prices and a political crisis in Venezuela have sharply cut its subsidized oil shipments to Cuba. Cuba must diversify its exports and reduce its reliance on imports to feed and power its population. Foreign direct investment (FDI) will be critical to this. 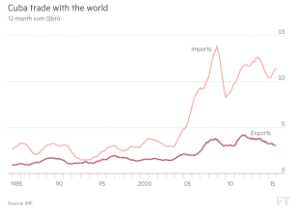 According to Cuba’s Foreign Commerce Ministry, as of late-2016, the government so far only approved $1.3 billion in projects. A 2016 piece by Foreign Policy notes that the Cuban government’s slow pace in increasing its accounting transparency, expanding the number of banks, and improving overall financial infrastructure continues to limit FDI.

The recent changes in the US-Cuba policy provides an opportune time to see if FDI into Cuba increases and where it flows, allowing investors to gauge which industries Cuba seeks to expand and modernize. It also may signal the country’s political direction. For example, if FDI in telecommunications ramps up, this could indicate an effort to expand Internet and mobile services.

This may also imply an increasing willingness by the government to surrender its monopoly on information and tolerance for its citizens’ exposure to global media. Expanded service would allow for modernized financial infrastructure and increase the ease of doing business.

Maturation of the private sector

The Cuban government has reduced its public payroll significantly since 2011, with 600,000 cuts in 2014, and a goal to exceed 1 million. It has allowed the private sector to grow to approximately two million, which includes around 500,000 licensed entrepreneurs and 575,000 private farmers.  While these trends are expected to continue, the private sector constitutes one-third of the economy. The key indicator will be to what degree the regime expands licensing for private enterprises and any deregulation of how firms access capital, source goods and manage assets. 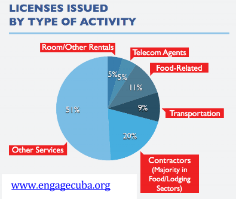 Currently, the tourism and restaurant industry dominate Cuba’s private sector, but telecommunications and transportation services could grow significantly with new FDI. Cuba has an estimated 5,500 IT engineers graduating annually, with about 3,000 Cubans currently working as freelancers for Canadian and Spanish companies.

Up to 50,000 computer scientists are available for work, constituting an enormous pool of skilled, cheap labor for US companies. The US could relax its policy if it interprets these actions as increasing freedom of speech and access to services for Cubans.

Several years ago, the Cuban government announced the intention to consolidate its monetary system, which utilizes a domestic currency (CUP) for residents and a tourist currency (CUC) pegged to the US dollar. It has still yet to take action, but must do so to ensure the appropriate valuation of goods and fair market competition.

Allowing the CUC to float with the US dollar also means Cuban firms can purchase foreign inputs with dollars at an incredibly favorable exchange rate, as the relative prices of the two currencies actually reflect a 24:1 exchange rate. This creates a dependence on imported goods for firms in the CUC economy. Further, businesses with income in CUPs can only spend these dollars domestically or exchange for CUCs at a very unfavorably rate.

The Cuban government reports average wages in CUCs at $7,000 USD per year. However, local workers receive their wages in the domestic currency, meaning the wages could be overvalued by 2400%. Even foreign-owned firms employing Cuban workers pay US dollars to a government employment agency that then pays the domestic workers in CUPs at a rate less than 24:1, resulting in a significant windfall for government coffers. Those seeking to do business in Cuba should track if the regime reforms and consolidates its currency and how prices calibrate and which businesses stay viable following this event.

Given banking and export restrictions with Cuba, many US industries will need to sit on the sidelines for the time being. Despite this, anticipated political changes and recent announcements by the Cuban government should provide significant insight and useful metrics into where viable business and investment opportunities may lie in the near future.

Samuel Schofield is a Contributing Analyst at Global Risk Insights. As originally appears at: http://globalriskinsights.com/2017/07/improvement-business-climate-cuba/