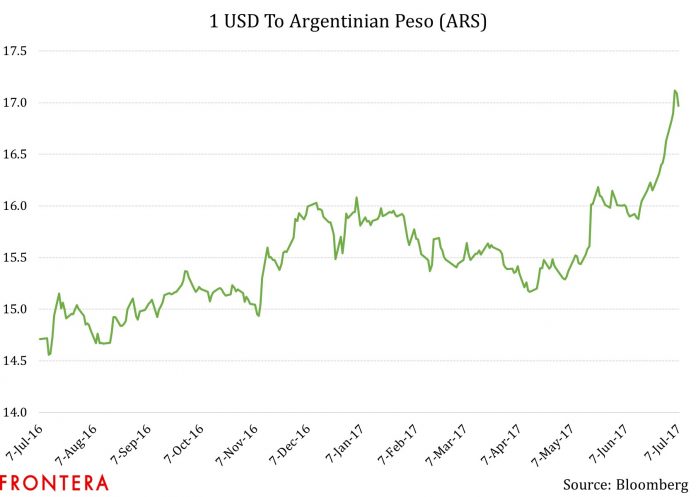 This is post 2 of 4 in the series “Argentina’s Economy: It Gets Worse Before It Gets Better?”

A slow and low impact of economic reforms, expensive equity market, and a surprising 100 year bond sale – these are facets of today’s Argentina. And though their future prospects are debatable, the biggest risk they face at present is political risk.

Cristina Fernandez de Kirchner – former president – is prepping for a political reprisal by contesting for a senate seat in the upcoming mid-term elections in October.

More importantly, the erstwhile Peronist movement leader seems to have a lot of support. Recent polls by consultancy Management & Fit have shown, among the 2,000 surveyed, the difference between her and President Mauricio Macri’s Cambiemos coalition was only marginal.

Though the eventual outcome is unlikely to change the composition of the already fractured congress, it is indicative of, and will have an impact on the reform agenda of the government as well as asset prices. 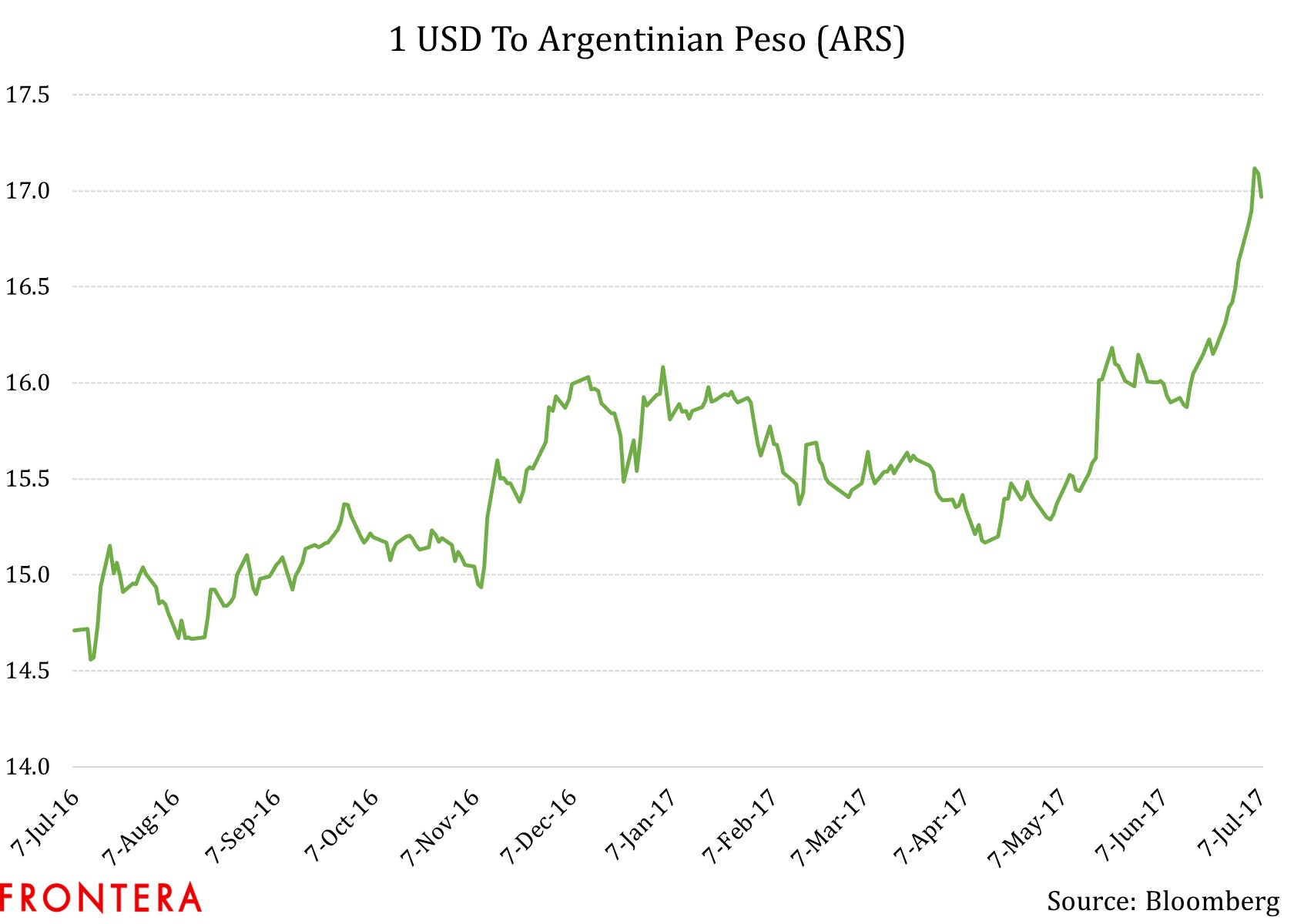 Part of the impact of the probability of a Fernandez comeback is already reflected in the Argentine peso, as shown in the graph above, which has significantly weakened recently against the US dollar. An influx of foreign currency is the other reason why the peso has declined.

The strong support for Fernandez this early after losing to Macri is indicative of the local population’s ‘nay’ vote to the current government’s economic policies. This is especially hurtful to him as it comes at a time when his policies are starting to help the economy grow and get a grip on inflation. However, it’s still early, and if the economy shows improvement, this public dissent may dissipate.

However, if this does not turn out to be the case, it has the potential to hurt the reform agenda as well as Argentine financial assets.

As we had seen in the second article of this series, investors have given a thumbs-up to Macri’s policies, reflected in the strong equity market performance. Fernandez’s victory could quickly sap these gains, and bonds could experience a similar flight.

Another reason why Fernandez’s popularity has spooked investors is due to the fact that her image is not investor friendly and under her administration, the national statistics agency developed a reputation for presenting questionable data about the health of the economy – a red flag for investors.

Though there’s still time until the elections, investors should keep a close watch on developments leading up to the polls as it could single-handedly change the short-to-medium-term fortunes of the country’s financial markets.

This is post 2 of 4 in the series “Argentina’s Economy: It Gets Worse Before It Gets Better?”