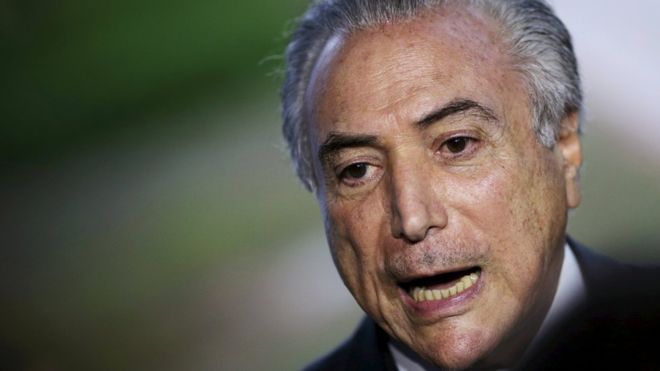 Are things finally going well in Brazil? Well, they had the Olympics last month but the jury is out on that. The Paralympics started this week and they have a new president, Michel Temer, who was booed when he attended the opening ceremonies. The good news is that the corrupt Dilma Rousseff was impeached and sent into the night, though she has appealed.

In the second quarter of 2016, GDP growth moderated slightly to show an improvement over the prior quarter, a negative 3.8% compared to negative 5.4%. So perhaps things are beginning to go in the right direction. Against all this, the equity markets have been on fire with the Ibovespa Brasil Sao Paulo Stock Exchange Index (IBOV) up nearly 39% YTD and the extremely popular iShares MSCI Brazil Capped ETF (EWZ) is up a whopping 62%. Then there is the real, the local currency, which has been one of the best performing currencies in the developing market against the U.S. dollar.

By the way, just a little note about the real, it tends to fluctuate momentously because it is popular with investors involved in carry trades. This is when investors borrow in other currencies such as the euro or U.S. dollar and then purchase currencies in the developing market seeking to obtain higher yields. The real has been a favorite target this year due to its strength against the U.S. dollar.

In terms of individual equities, Petrobras, which has been recently embroiled in political cronyism and corruption, may be a volatile investment in the short term. However, with the change of government it will in my opinion turn out to be great stock to buy. In fact, on Thursday, 9 September HSBC upped its rating to buy from hold as did other investment banks with the exception of VETR, who downgraded the stock to a sell, but after reading the VETR report on their website I cannot agree with their analysis.

To bolster my case, several institutional investors such as ING, USS Investment Management, and Arcadian Asset Management also upped their stake in the company. Petrobras (PBR) is already up 121% YTD, but still far off its all-time high of $29.33 on February 3, 2012. It ended trading on Friday 9 September at $9.52 a share.

Hopefully Brazil, after all its tragedies and missteps, finally gets its act together and joins the other market friendly countries in Latin America.