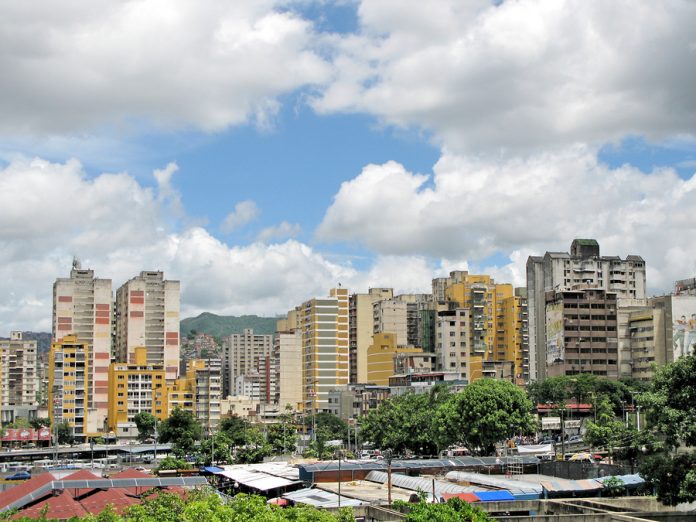 Venezuela continues to reel under a socio-economic crisis

Venezuela, one of the world’s largest oil producing countries, an OPEC member and Latin America’s largest crude oil company is on the verge of a major crisis. The current alarming situation in Venezuela enters a new phase as President Maduro plans to rewrite the constitution.

The deflationary situation that Venezuela faces began with the election of President Maduro in April, 2013. Venezuela had earlier attracted attention from foreign investors but since the socio-economic crisis began, investors have pulled out their investments from the country.

The average growth rate in Venezuela for the past five years is –4.24%. For 2017, the IMF forecasts Venezuela’s GDP to contract by –12%. It recently revised its forecast for 2017 from –7.4% to –12% as the country’s economic situation worsened. The extended economic recession currently prevailing in the country and along with the governance of President Maduro, has Venezuela in a critical position. 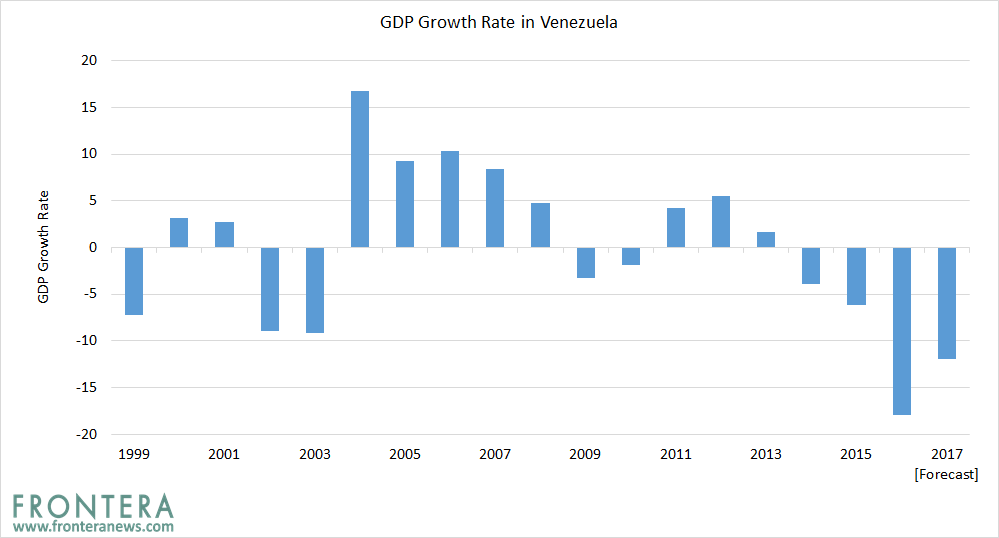 Venezuela has been highly dependant on petroleum as its main source of revenue for many decades now. The fall in crude oil prices since 2014 has caused subsidies to become unsustainable, and have led to the depletion of Venezuela’s foreign reserves.

Meanwhile, the Venezuelan benchmark index, IBVC index (IBVC) has surged 541% YTD (as of 24th August 2017). The index has reached an all-time high on 28 August 2017 following its lowest historical point in April 2013. $1000 of local currency purchased during the presidential election in 2013 is assumed to be worth $1.34 today. 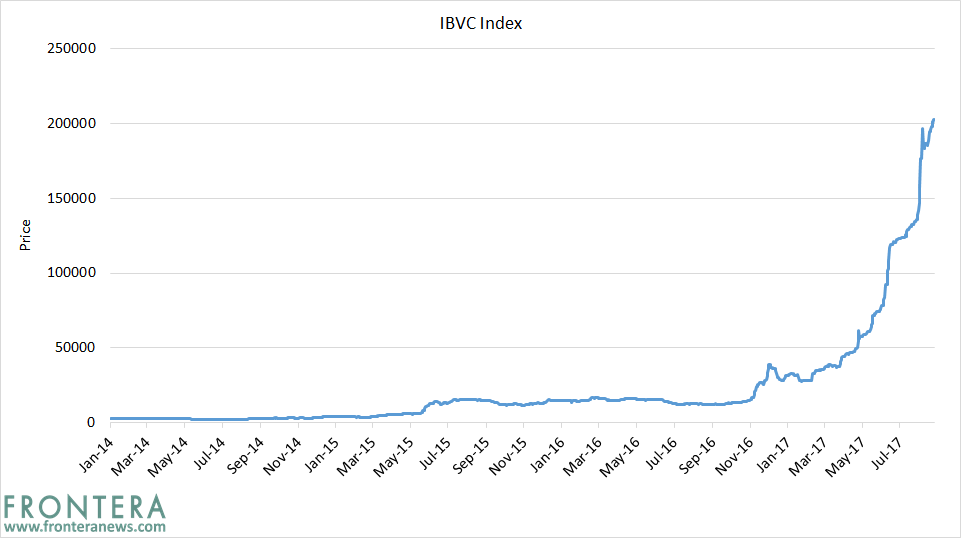 The possibility of U.S. sanctions has caused Venezuelan bond prices to tumble sending shockwaves across the whole country. The latest economic and governmental changes have washed out the possibility of a stable political transition. However, optimism remains that the country will find its footing in the long-term. Investors of the same mind have a number of options to consider.

The largest 5 ADRs in Venezuela as of August 2017, trading on US OTC markets were as follows:

In terms of exchange traded funds, the iShares Emerging Markets High Yield Bond ETF (EMHY) seeks to track the investment results of an Index composed of U.S. dollar denominated, emerging market high yield sovereign and corporate bond. The ETF has an exposure of 4.04% in Venezuela. YTD the ETF has a return of 7.93%.

Also, the VanEck Vectors Emerging Markets High Yield Bond ETF (HYEM) invests in a basket of 350 dollar-denominated high-yield debt securities from corporates in emerging markets.  Bonds issued by the Turkish Bank, Yapi Ve Kredi Bankasi form 1.45% of its holdings and is the top holding of this ETF. Bonds issued by the Venezuelan oil company Petroleos de Venezuela SA (PDVSA) form 0.5% of its portfolio as compared to 3% previously. YTD the ETF has a return of 6.25%. 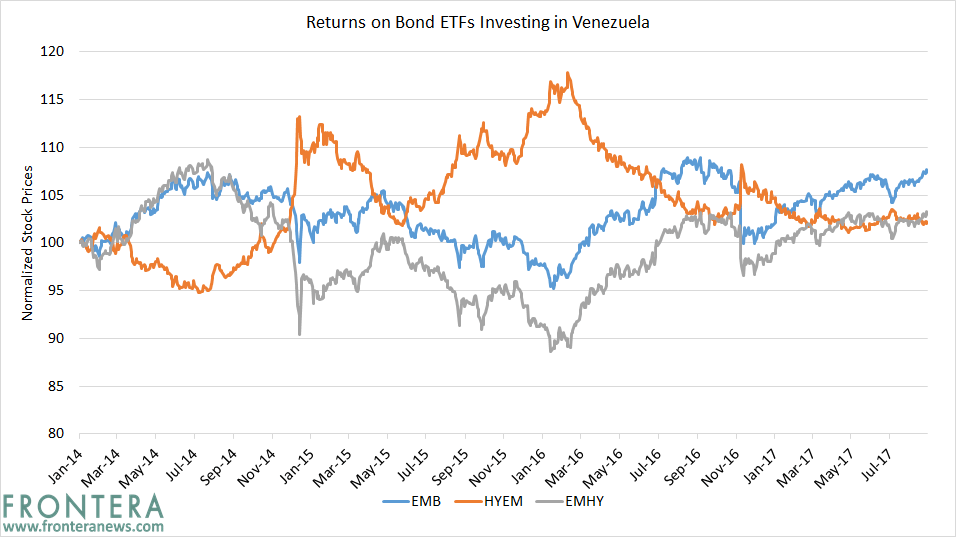