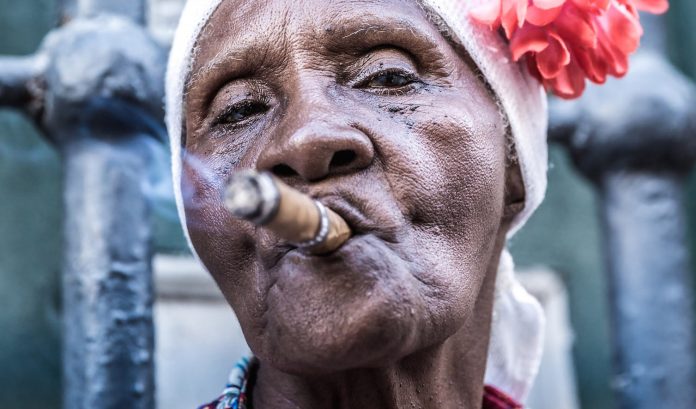 Those who think that US President Barack Obama’s recent visit to Cuba will encourage a stampede of US investors to descend upon Havana, might want to visit the country themselves before making any assumptions.  Caribbean-focused Pollards Et Filles, an emerging markets asset management company, have done just that. Their conclusion: It may be a while before Cuba is ready.

David Pollard, the company’s eponymous director, told Frontera News that while Obama made history last month as the first US president to visit Havana in nearly a century, the change needed to spur real investment is unlikely to come during Fidel Castro’s lifetime.

“Cuba is a good example of the kinds of territories we do try to identify in the Caribbean,” Pollard says on this week’s Emerging Opportunities radio show. “Countries we find will usually have had some kind of economic excursion in the past, generally a left-wing excursion, and this would be tied up with nationalism.”

Ultimately, political dogma takes a back seat to the importance of economic development – and it’s at that stage when conversion occurs, reflects Pollard.  His investment strategy is to first identify the factors that will strengthen the economy, and begin the long journey of recovery in the economy and the stock market.

It’s a path that Cuba is destined to follow, he says, but it will take a while. “At the moment, Cuba is still clearly a strongly left-wing territory.”

For example, there are no general rights to own property as yet. There’s no stock market.  Reform, when it comes, will be rapid. For now, though, investors need patience.

“There may be an element of paying due homage to Fidel Castro,” cautions Pollard. “It may well be that the real impetus for fast change will not occur until after his passing. If we look at China, for example, it was after Mao that the changes really came.”

While Raúl Castro, who took over when his brother fell ill in 2008, has begun making reforms, it will take a younger cohort of leaders to transform Cuba.

“Their eyes may then be on a different prize,” says David. “That’s something like what’s happened in other Caribbean countries. The left-wing faces a bit of turmoil but then, luckily, democracy and an interest in economic development often follow hand in hand.”

In fact, to spur things along, David wrote a letter to Granma. The official newspaper of the Central Committee of the Cuban Communist Party is named after the yacht that carried Fidel and 81 other rebels to the island in 1956 to launch the revolution.

While David waits for Granma to publish, here’s a preview:

My daughter and I spent last week in Cuba for the first time. We were eager to do a short, walking tour of Habana Centro. I was perturbed when, at the end of our tour, my daughter turned to me as we sat on the sea wall, staring soberly at the bedraggled, sunset-lit city: “It’s good for me to see what political failure looks like.”

It doesn’t take long, looking at the juxtaposition between the parts of Habana Vieja funded by the UN’s restoration program and the dangerously neglected and dilapidated buildings in which the people live, to understand that Cuba’s political economy has failed.

Cuba needs a reboot of its economy. What, in broad-brush macro terms, should the elements be?

1) The introduction of property rights for citizens in 2011 needs to be accompanied by a program of privatization of state-owned housing. This will require the introduction of a system of new mortgage banks through which citizens can get loans to fund home ownership and development.

2) Raúl Castro’s program of reforms to redefine the boundaries of state enterprise and rethink the role of private and co-operative enterprises must be widened and deepened rapidly. For example, the property law reforms in 2010 created a real estate market that anyone who cares to stroll the Prado can see in action. It is an ad hoc, chaotic business with little transparency (unless you happen to be there), and therefore little price consistency. Surely we can do better today than handwritten notices hanging from trees.

3) The dichotomy of two separate, national currencies operating in the same economy must be rapidly resolved to leave a single, convertible currency. In other words the CUC must become the single Cuban currency. The non-convertible peso is a damaging monetary distraction that hinders economic decision-making and frustrates many.

4) The government must increase public sector salaries. The old Cuban joke about pretending to work for the government because the government only pretends to pay must become something more like “a real day’s work for a real day’s wage.” Paying less than a living wage doesn’t get you some pro-rated amount of your employee’s effort. It just gets you nothing or, even worse, a culture of casual corruption.

5) Despite their likely enthusiasm, it will not be a simple matter for many new entrepreneurs to switch seamlessly from paid state employment to profitable, private enterprise. Business development tools should be considered: business parks, entrepreneurial hubs, business management and skills training, business development banks, equity markets for fund raising and valuation, small business associations and networks.

6) Cuba should build relationships with the International Monetary Fund, World Bank and Inter-American Development Bank. These organizations are generally useful. In Guyana in the 1990s, they supported the transition to convertibility of the currency (a first in the Caribbean) and latterly have done much to enable the debt reduction program that is helping re-build its international credit-worthiness.

7) Let political changes occur first and most completely at the local level. Local politicians have to deal with and manage things that matter to people day to day in an environment focused on delivery. It is an extremely useful training ground in the skills of political management and public administration.

8) Prevent corruption. The top echelon of government should complete an annual, public declaration of their assets while in office and even for some years afterwards. For other senior government and state enterprise leaders, an Integrity Commission of eminent citizens can act in loco parentis for the people by vetting annual declarations of assets.

9) Cuba must work hard to preserve the deservedly famous achievements in education and healthcare. It is education that will ignite the economic creativity, and it is reliable, universal healthcare that will help ensure good labor force availability and productivity by diminishing absences due to illness.

The past must pass. Perhaps Cuba – through the success, fairness and creativity of a new economy – will become, once again, an icon of reconstructed socialism for our peoples and these times.

Listen to the show: