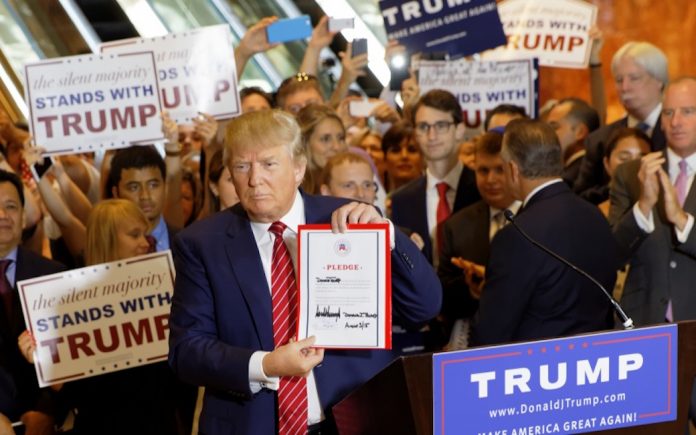 As the U.S. election cycle comes to an end, Latin America has its own lessons for the United States in dealing with political and economic populism.

Presidential candidates, such as Donald Trump and Bernie Sanders, captivated millions of voters in the United States who feel as if the elite factions of both major parties have coerced their voice. Sanders supporters, formerly a fringe demographic, were pushed front-and-center by Bernie’s infectious message of new-age socialism and anti-trade progressivism. Meanwhile, Trump’s unprecedented appeal has reached millions of blue-collar workers affected by the exodus of manufacturing in their states, a shrinking rural population, and new waves of immigration.

The changing political spectrum in the United States has shocked the pillars of American democracy; fragile from the comfort of uninterrupted transitions of power and broad foreign and economic policy consensus. Latin America’s recent, and ongoing, struggle through populist regimes holds valuable lessons for an inexperienced America.

Populism in the U.S and Latin America

Though populist tendencies have always existed in the American political system, especially through cults of personality, the rise of formerly fringe candidates has shed a new light on the situation currently facing the United States. Candidates such as Bernie Sanders and Donald Trump have spoken to economic discontent through their “America first” rhetoric, striking an isolationist tone that has been unprecedented through the post-war period. Through new forms of communication, voters have gravitated towards candidates who they feel have spoken to them directly, unlike the political establishment. Though this phenomenon may be new in the eyes of many American political commentators, those who have observed Latin America through the 20th and 21st centuries, have seen the emergence of trends that are well known south of the border. From Argentina’s Juan Peron to Venezuela’s Hugo Chavez, the Western hemisphere has seen its fair share of populist regimes. Much like in the United States, the rhetoric espoused by populist figures is not isolated to one political tendency. Left-leaning leaders and right leaning leaders alike, have taken advantage of the structural deficits that attract marginalized voters to their camp.

However, post 2008, Latin America has deviated from its populist tendencies and has seen a new wave of orthodox leaders. In Argentina, Mauricio Macri was elected president, replacing the populist Peronist party, Brazil’s centrist Brazilian Democratic Movement Party (PMDB) ousted Lula da Silva’s Worker’s Party (PT), and Venezuela is on the verge of collapse. While the flame of populism is dying in Latin America, it is being reinvigorated in the United States. A message of economic and political marginalization has allowed political figures, such as Bernie Sanders and Donald Trump, to create a base loyal to their policies and themselves.

Economic disenfranchisement is one of the essential ingredients in the recipe for successful populist regimes. Both Bernie Sanders and Donald Trump performed very well in the primaries amongst working class men. Low-wage manufacturing abroad has led to a shift in the U.S labor market, particularly in Rustbelt states. Rising inequality and low wages have angered Americans who equate the political class with the few who have done very well coming out of the 2008 recession. Though incomparable on scale, the same trends in Latin America led to regimes who blamed trade and American companies for stealing their country’s riches. The unorthodox policies of import-substitution and self-reliance are no different than tearing up the Trans-Pacific Partnership (TPP), leaving the World Trade Organization (WTO), and the implementation of protectionist tariffs. On both continents, candidates espouse the failures of the political establishment to challenge the power of international corporations. These inward policies and rhetoric against trade and globalization has undertaken an eerie Cold War tone.

The parallels between the rhetoric used in the United States and in recent Latin American populist regimes are particularly fascinating, especially on the issue of protectionism. Both parties on the left and the right participate in the criticism of international trade deals and misguided economic interests with an emotional tone, rather than a policy-specific one. In Latin America, the same hesitancy and desire for self reliance led to decades of government appropriation, unsustainable subsidies, and dried up Foreign direct investment (FDI). In fact, Latin America has, as a region, recognized the importance of investment and global interconnectedness. It is for this reason that the region has recently been so open to trade and integration. Mexico, for instance, has one of world’s largest numbers of bilateral trade agreements in the world, is part of the TPP, North American Free Trade Agreement (NAFTA), the Pacific Alliance, and is an observer in Mercosur. According to countries like Peru, Colombia, Argentina, and Brazil, the future of economic prosperity lies in access to diverse goods and liberalization.

As Donald Trump tours the country, the attendance to his rallies has been a focal point to his campaign’s success. Packing stadiums with more than 10,000 people, Donald Trump has created a loyal national following with little more than a catchy four-letter slogan. Trump’s strength lies in his political incorrectness and his ability to speak directly to the people who support his message. The quintessential quality of a populist leader is the ability to connect directly with the voters, in a way the political establishment does not. In Trump’s case, this speaks to a large trend of a shrinking rural America.

In Peru, Alberto Fujimori came to power, in large part, because of his ability to connect with lower-class Peruvian voters. Mr. Fujimori also exploited public distrust in institutions. Similarly, Donald Trump has sown seeds of doubt into the integrity of the American political system and its ability to represent the rural and blue-collar demographic. Trump has also drawn parallels with leaders such as Nicolas Maduro and Cristina Kirchner, who have publicly circulated U.S conspiracy theories. Maduro, for instance, repeatedly blamed the United States for his country’s economic woes as well as for attempts on his own life. Trump’s comments on the election being “rigged” does not come up short.

The implications of populist rhetoric in the United States, from both the left and the right, could have detrimental impacts to American politics. Latin America has experienced, and continues to experience, this kind of political hyperbole. The United States must learn from the negative effects populism has had on the countries of Latin America. By effectively questioning the interests of political elites, on both the left and the right, as well as discrediting democratic institutions, candidates have diminished voter trust in the current Government. This trust is essential for the Government to continue its peaceful transitions of power, as well as its ability to properly enforce the law.

Operationally, the United States could potentially see a drop in tax revenues. In Latin America, tax collection is one of the top fiscal issues. Tax collection as well as voter turnout, are highly dependent on the public’s trust in its institutions. If the deck is stacked against them, why would citizens vote or pay taxes? This fundamental question undermines the state’s ability to make changes that help those very people. In this scenario, only a knight in shining armor can fix the Government’s structural inefficiency; a vicious cycle of populist politics.