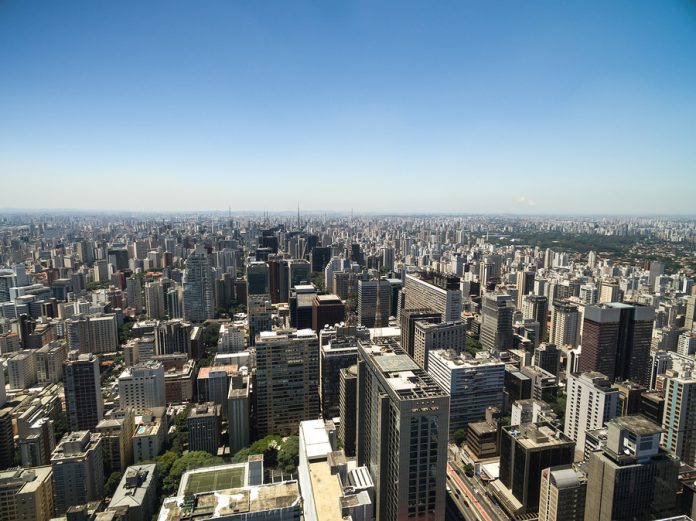 While Brazil’s economy shows signs of sustained improvement, the government needs to implement a substantial pension reform to counter the fiscal risk generated by an aging population.

After two years of economic recession, the Brazilian economy is finally showing signs of recovery amidst a continuous political crisis. Since officially taking office in August 2016, President Michel Temer has prioritized the implementation of a broad austerity package to include spending cuts and a series of reforms meant to stabilize Brazil’s fiscal position and promote greater economic growth.

While Brazil’s macroeconomic indicators are promising, especially compared to its 2015 numbers (inflation at 10.67%; Selic at 14.25%; dollar at R$3.91), they alone cannot mend the 7.2% drop in GDP from 2015-2016. In order for the Brazilian economy to return to long term sustainable growth and establish fiscal balance, the government must address a pension reform.

In 2017, Brazil ran a R$159 billion primary deficit – R$20 billion above its previous target. Fiscal imbalance occurs when government expenditure exceeds revenue generated from taxes and concessions, among others. Even though low inflation means higher purchasing power for the consumer, it also means that government tax revenue suffers. Because the government’s spending level is set and revenues have been lower than expected, its accounts don’t match.

To mitigate the current fiscal problem, the government approved a Constitutional Amendment (PEC) that capped year-on-year spending increases at the inflation level from the previous year. For instance, in 2018 spending can only increase around 3% in relation to 2017 (3% being expected inflation at the end of 2017).

According to Minister of Planning, Dyogo Oliveira, pension payments, which account for 57% of primary spending and 13% of its GDP, must be reformed in order to address the fiscal imbalance.

The already high cost of pensions along with Brazil’s aging population means that soon the government will simply not be able to pay. According to the Brazilian Institute of Geography and Statistics, in 2060 the elderly will represent one third of the population, and as a result pension spending will increase to 23% of GDP. To continue paying retirees while investing in other areas, the government must pass pension reform.

While the original pension reform framework was more robust, the Executive Branch and the Minister of Finance have expressed that they would accept a watered-down versionthat only includes three points: minimum age, duration of contribution, and transition rule.

Initially, the reform aimed at addressing the discrepancy between public servants and private sector retirees – the former receive seven times more benefits than the latter. It costs the government almost the same amount to take care of 32.7 million private sector people, compared to just 980,000 public servants. However, Temer faced a tremendous amount of pressure and had to give up his attempt to create a more equal pension reform.

In the watered-down version, the most important point is that it establishes a minimum retirement age of 65 for men and 60 for women, with a requisite 35 years of contribution for men and 30 for women in order to receive benefits. This would cut the deficit by forcing government employees to retire later, allowing for more government revenue and less pension expenditure. However, this would obviously be unpopular with the general population. Unfortunately, while economists agree that pension reform is needed for economic growth, the government has not effectively messaged this to the public and in so doing hurt its odds of passage.

Following the 26 October Chamber of Deputies vote to bar a second set of charges against President Michel Temer for obstruction of justice and racketeering, pension reform should now be the next priority item on the agenda. But many congress members believe that Temer has expended all of his political power and will become a lame duck president for the rest of his term.

Further, even if the bill is put to vote in the Lower House many congress members have expressed reservations, because voting for such an unpopular bill will have negative repercussions during their 2018 reelection campaigns. Additionally, congress does not seem too keen on voting on a reform that might affect colleagues in the judiciary, federal police, armed forces, not to mention their own retirement.  The pension reform’s window of opportunity is rapidly closing as it is unlikely that such a reform would be voted on in 2018 due to the election year.

On the other hand, the current leadership has no intention of running for reelection in 2018 and has indicated that it is ready to apply the necessary political pressure to pass the reform by the end of 2017. Even if the final reform package is a watered down version of its former self, it will at least show investors and financial markets that the country is serious about its fiscal management. As is, the pension system is unsustainable in the medium and long-term.

Because pension reform is a Constitutional Amendment (PEC) it requires 308 votes out of 513 in the Lower House and 48 out of 81 in the Senate. The PEC would need to be approved by two-thirds of the Lower House by the end of November and, once approved, it would move to two votes in the Senate which must occur by 22 December 2017 – the last day of the legislative year. Minister of Finance, Henrique Meirelles, believes the pension reform will come up in the second half of November for a vote in the Lower House.

Pension reform will not only allow the government to sustain the retirement of future generations, but will also show financial markets that the government is committed to fiscal management. Only then will rating agencies start to think about increasing Brazil’s investment grade, which hasn’t been positive since 2011.

Domestic and foreign investment is desperately needed to boost productivity and create jobs in a country that lacks in infrastructure and human capital. Without it, the disparity between spending and revenue levels will continue to generate a deficit and eventually decrease investment and cause capital flight, while also increasing interest rates due to the higher risk premium, inflation, and unemployment.

Brazil must move towards sustainable long-term economic growth. The country cannot afford to wait much longer to make a change, as it has proven over time that there is no such thing as too big to fail. If the pension reform is not approved now, the next president will have to push for a much tougher reform in 2019.