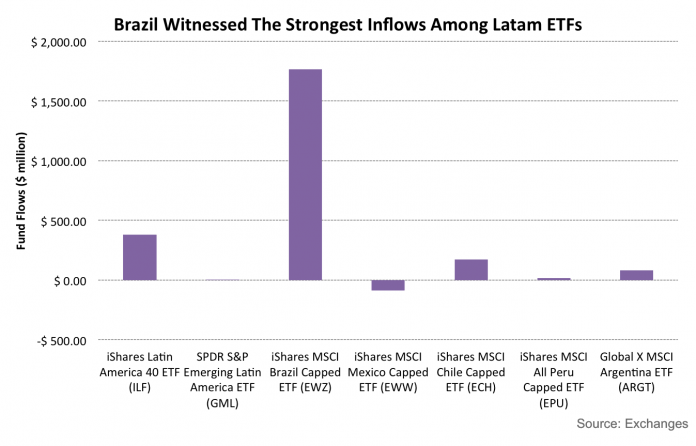 This is post 6 of 6 in the series “Explosion Of Chinese Investments In Latin America; Opportunities”

Brazil’s efforts to revive the recession-stricken economy are closely monitored by fund managers and institutional investors. Meanwhile, Mexico continues to struggle under Trump’s uncertain protectionist policies. Venezuela and Chile are also reeling from political issues. However, Latin American funds have seen strong inflows in 2017 as expectations of structural reforms drive inflows into the region. 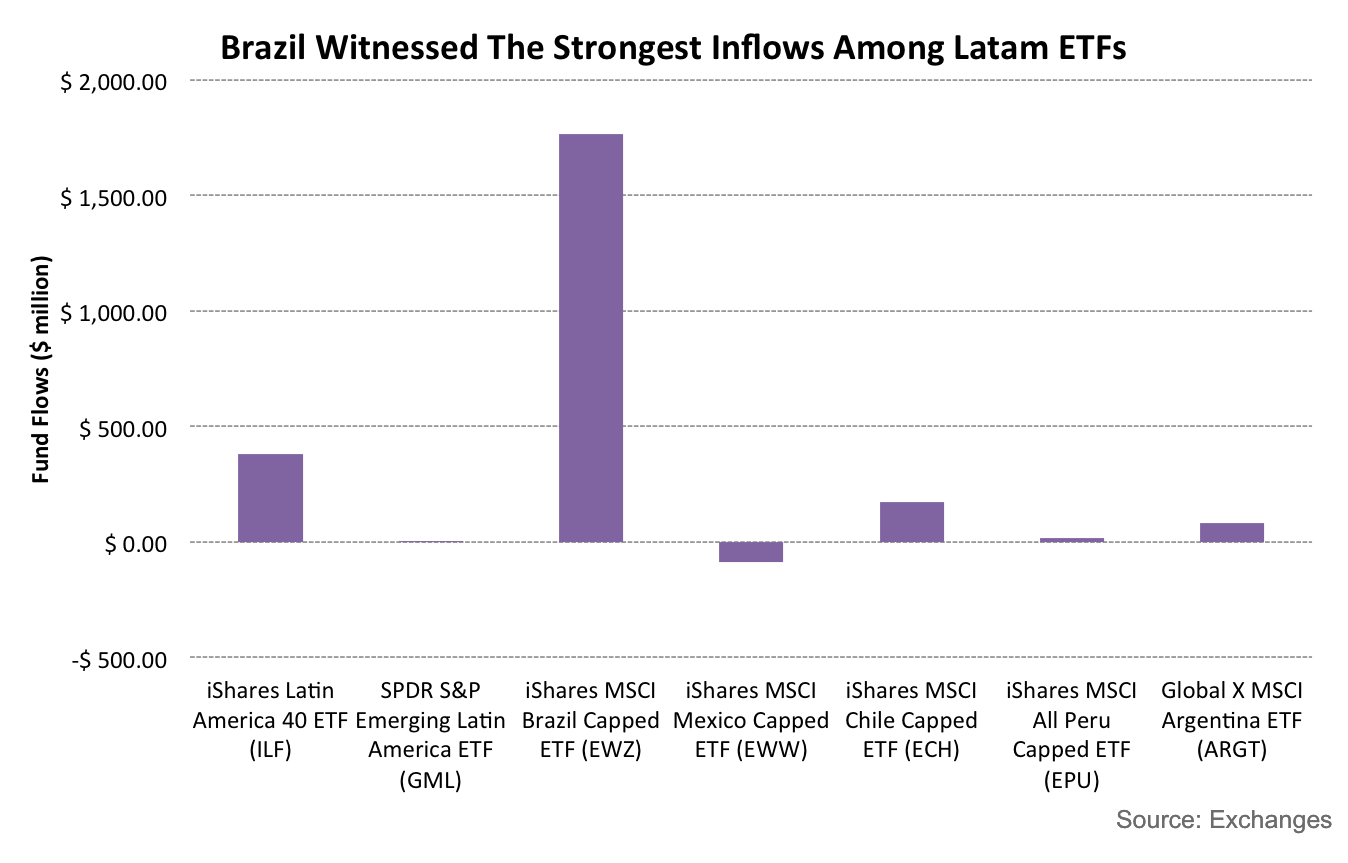 Among the funds investing in Latin America, the iShares Latin America 40 ETF(ILF) has seen the highest inflows, amounting to $378 million since 2016. Comparatively, the SPDR S&P Emerging Latin America ETF (GML) has received a mere $1.5 million inflows during the same period. Year to date these funds have received inflows of $133 million and $5.1 million, respectively.

Foreign investors are also betting on individual countries in the Latin American continent even though many are braving poor economic growth and political tensions.

Investor interest in Brazilian equities has been high given lofty inflows over the past one year standing at $1.8 billion. YTD investors have plowed in $795 million in the iShares MSCI Brazil Capped ETF (EWZ).

In contrast, Mexico has seen heavy outflows in 2017 as Trump’s anti-migrant policies have hampered foreign interest in the country. YTD investors have redeemed $813 million from the iShares MSCI Mexico Capped ETF (EWW).

This is post 6 of 6 in the series “Explosion Of Chinese Investments In Latin America; Opportunities”