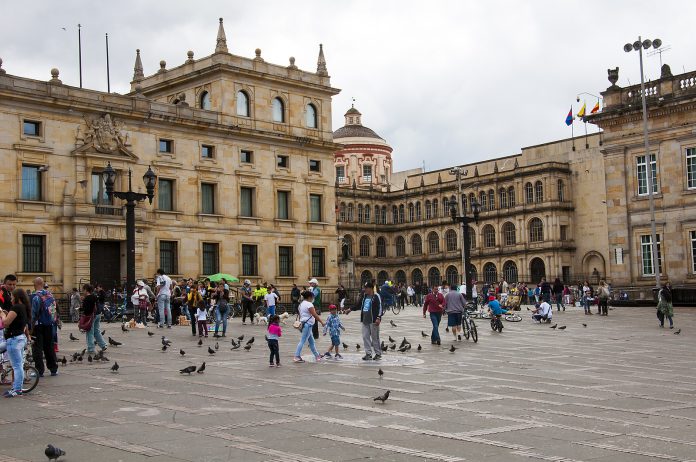 Colombia is at a critical crossroads: the next six months will determine whether it is destined for an economic boom, or destabilization. How Colombia balances the competing priorities of security, budget deficit, and economic growth in the lead-up to the 2018 presidential election, will determine risks for the coming decade.

Colombia has come a long way in the past decade. Last year, the government reached a peace agreement with the Revolutionary Armed Forces of Colombia (FARC) paramilitary group, after more than 50 years of violent conflict. In June, the FARC completed a months-long process of handing in all of its weapons, a major milestone.

The country’s leaders have also stewarded a healthy economy, with GDP growth averaging 4% annually from 2000 to 2015 and inflation in line with developed economies at around 3%. Colombia has diversified its economy away from dependence on fossil fuel exports, meaning less exposure to dipping commodity prices.

Moreover, Colombia’s membership in the Pacific Alliance (PA) with Mexico, Chile, and Peru, has expanded its access to export markets and improved its growth prospects. From 2010 to 2015, the GDP of PA countries grew by 1.5% more, and had 3.6% less inflation, than the Latin American average. At the recent Pacific Alliance Summit, the four member-states committed to implementing mutually favorable trade conditions, creating a common infrastructure fund, and agreeing a common pension fund investment tax rate.

But all of these impressive positive developments are at risk if Colombia fails to follow through with austerity measures on a budget deficit partly created by decreasing commodity prices. Fitch has signaled a possible credit downgrade if GDP growth and revenues do not improve. Colombia’s GDP only grew 1.1% in the first quarter of 2017, and a 2.0% expansion is expected in 2017. 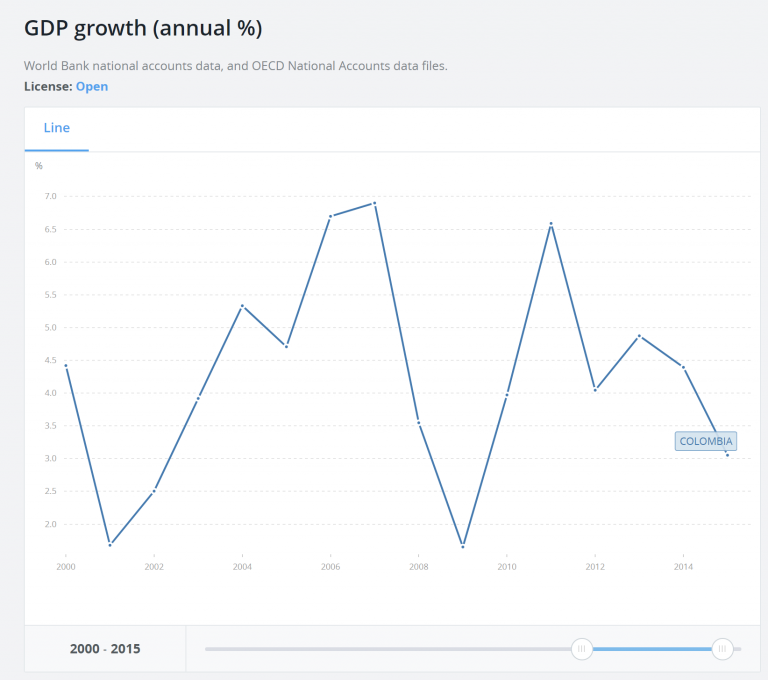 Colombia is also walking a fine line in continuing to reduce its interest rate to spur consumer spending, risking the acceleration of an already high rate of inflation, and the weakening of the currency. But perhaps the greatest threat to growth and stability comes from the potential for the benefits of the peace deal to be lost following the 2018 presidential elections.

Opportunities in agriculture and tourism…

The peace agreement with the FARC includes ambitious rural development goals, in which Colombia banked on the demilitarization of violence-plagued regions to allow for further reduction in defense spending. This would free up funds to balance the budget and attract much-needed longer term foreign direct investment. Colombia aspires to capitalize on its diverse climate, natural resources, and urban centers to diversify and make its economy more competitive.

The FARC largely resided in rural and tropical regions of Colombia, where there are now opportunities for investment in infrastructure modernization, and expansion of the agriculture and tourism industries. Currently, Colombia only uses 16% of its arable land for farming, leaving considerable room for growth in agricultural employment and production. According to a GRI source at ProColombia, the country’s export bureau, avocado and pineapple production are priorities in this regard.

Yet these ambitions could still be derailed. Colombia faces the tall order of reintegrating thousands of rural militants back into the formal economy, displacing illegal sources of revenue such as cocaine production. If the process takes too long, disillusioned militants may simply return to illegal activities.

This is made more likely by the fact that the demilitarization of the FARC created a power vacuum in their previously held territories. Smaller gangs and militias have taken the opportunity to use the lands for cocaine production, which soared 52% between 2015 and 2016.

Meanwhile, the socioeconomic crisis in neighboring Venezuela has resulted in a wave of refugees flowing into Colombia, creating potential security risks. Colombia has indicated its social programs are unable to absorb any additional immigrants, which is likely to force some immigrants to turn to petty crime, increasing risks in urban centres.

The FARC peace agreement, despite its benefits, has divided the country. President Santos spent significant political capital pushing through the deal, and has a 24%approval rating, barely higher than that of the FARC itself.

Former President Alvaro Uribe consistently voiced opposition to the peace deal, and has vowed to overturn it if his party wins the presidency in 2018. In June, Uribe’s party, the Democratic Center, and presidential candidate Andres Pastrana’s Conservative Party, announced a coalition. This increases the chances that the deal could be torn up after the next elections.

While a more right-leaning government would maintain austerity and pro-trade policies, which would be largely positive for the economy, the cancellation of the FARC peace deal could result in a backlash by militants, as the deal promised them political representation in Colombia’s congress and economic incentives. FARC militants returning to arms would force the government to expand military spending, reducing the available funds for infrastructure and economic development plans.

Speed is of the essence

The government’s ability to buttress growth and avoid Colombia falling into the ‘middle-income trap‘ will depend on whether it can rapidly generate FDI, infrastructure modernization, and development of new industries. This in turn requires swift implementation of the FARC peace plan, laying a solid foundation that would not easily be undone by a change of ruling party next year.

Samuel Schofield is a Contributing Analyst at Global Risk Insights. As originally appears at: http://globalriskinsights.com/2017/10/colombias-competing-stakeholder-obligations-boost-stall-growth/