An interesting, chaotic, and unnerving January has ended. 2017 has just begun, but is proving to be a good one for emerging markets thus far with the MSCI Emerging Markets Index already up 5.5% on the year. Compare this with the MSCI EAFE Index, which tracks developed market equities excluding those of the US and Canada, which has risen less than 3%. The MSCI North America Index has risen 2.1% while the MSCI World Index has gained 2.3%.

In light of expected monetary tightening by the US and the now sworn in Trump administration, this performance by emerging markets is quite remarkable. 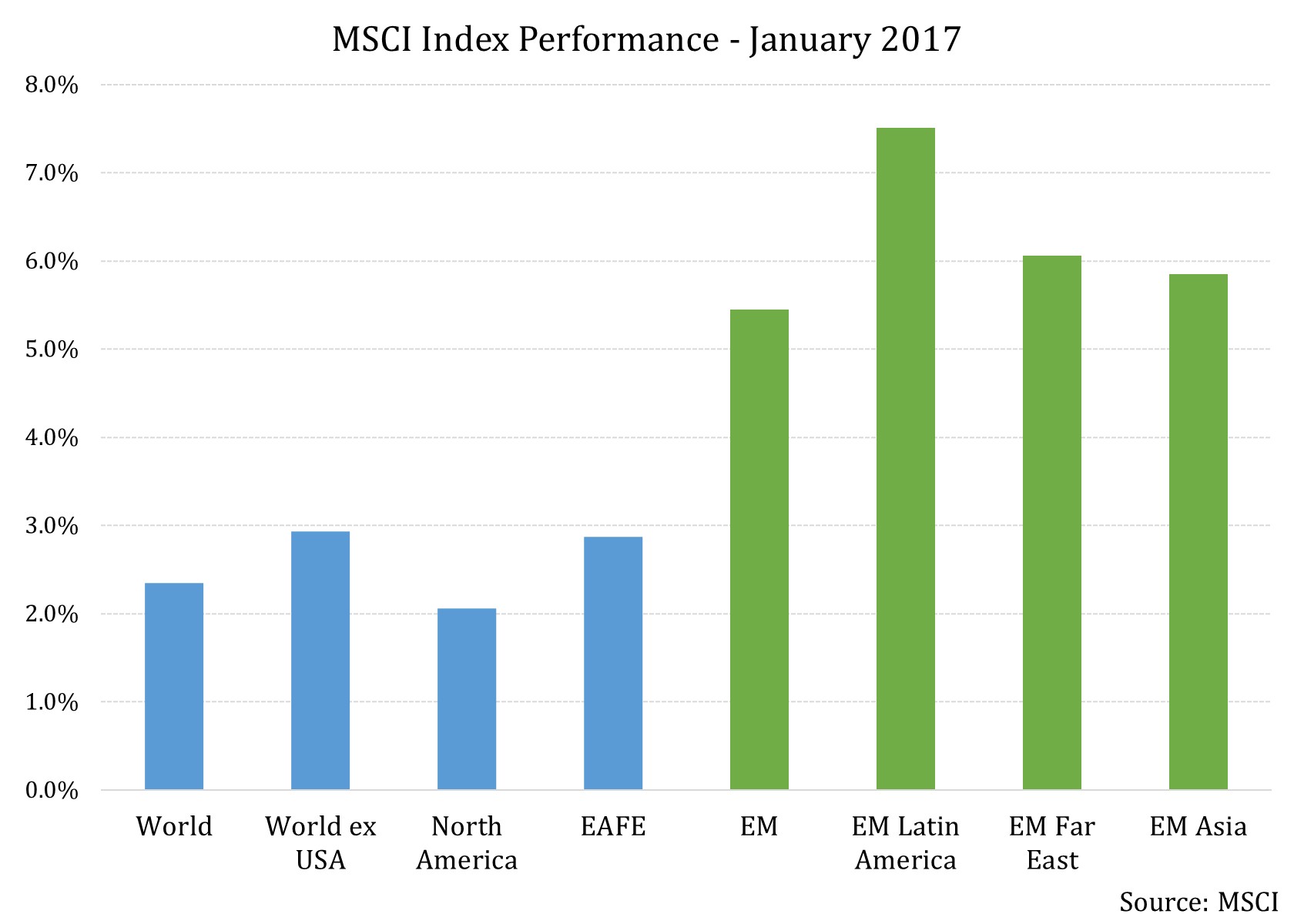 The Emerging Markets Index was hit hard after Donald Trump’s victory in November 2016, having declined 4.7% for the month. After a nearly flat December, and with some of the dust kicked up by the unexpected victory of Trump and an expected rate hike in the US in December having settled, investors have returned to emerging market equities.

The MSCI Latin America Index has outperformed all other regional emerging markets indices for January. The Index is up 7.5% for the month, led by Brazilian equities which form ~58% of the Index.

The MSCI Far East Index follows the Latin America Index, up 6.1% for the month. Chinese and South Korean equities, which form a combined two-third of the Index, have powered the returns for the month. Indices for both these countries are among the top seven country indices for January.

The MSCI Emerging Markets Asia Index rounds off the top three regional indices and is the only other index which has beaten the overall Emerging Markets Index. It has risen 5.9% for the month. A little over one-fourth of the EM Asia Index comprises of Chinese equities, with South Korean stocks forming 14.4% of the Index according to the December 2016 Index composition.

In this series, we’ll review the top six performing emerging markets for January 2017 and what has led to their performance. Let’s being with the sixth ranked index in the next article.