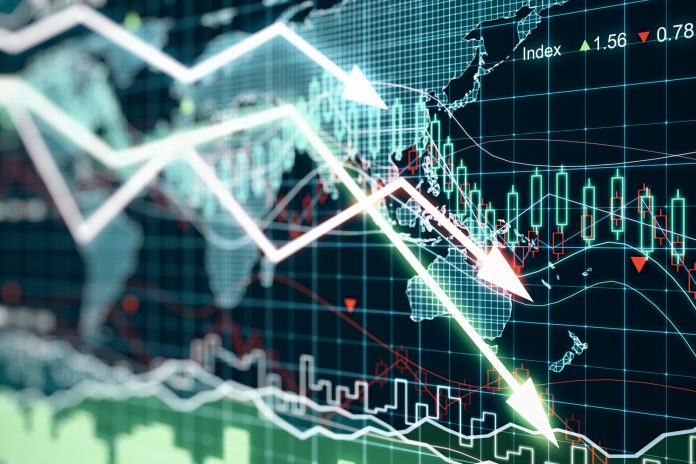 With improving fundamentals and reduced riskiness (as discussed in Part 1), emerging market debt continues to gain investor favor. Issuances reached a record high in 2016, with 2017 expected to break the record.

Another notable trend is the increasing number of investors that are piling into emerging market debt (EMB), with local-currency debt (LEMB) (EMLC) being preferred over dollar denominated debt. The current and expected U.S. policies reshuffle including monetary policy tightening, along with protectionist curbs. Both are expected to strengthen the U.S. dollar (UUP), which works against holders of emerging market (EEM) (VWO) dollar-denominated debt which gets expensive with a rising dollar. This is when local-currency debt takes center stage as the instrument that is immune to such policy risk. 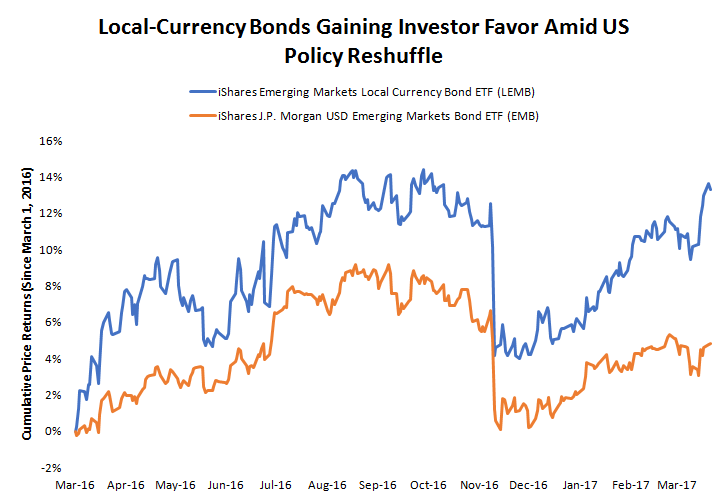 Over the past year, the iShares Emerging Markets Local Currency Bond ETF (LEMB) has returned 13.3% (as of March 21), as compared to the iShares J.P. Morgan USD Emerging Markets Bond ETF (EMB) which has yielded about 5%. Year to date, these ETFs are up 7.2% and 2.4%, respectively. The LEMB tracks a market-value weighted index of sovereign debt denominated in issuers’ local currencies. The emerging market bond investor’s preference is clearly towards local-currency bonds, as they are better immune to any interest rate hikes by the US Fed, as well as any protectionist directives issued by the Trump administration in the US.

We’re also seeing a number of sovereign issues from the emerging markets surfacing. Saudi Aramco is looking to raise $2 billion in riyal-denominated Islamic bonds (aka sukuk) in the second quarter of this year. The sukuk sale is said to be part of its $10 billion debt program. Nigeria is set to launch local currency green bonds in April.