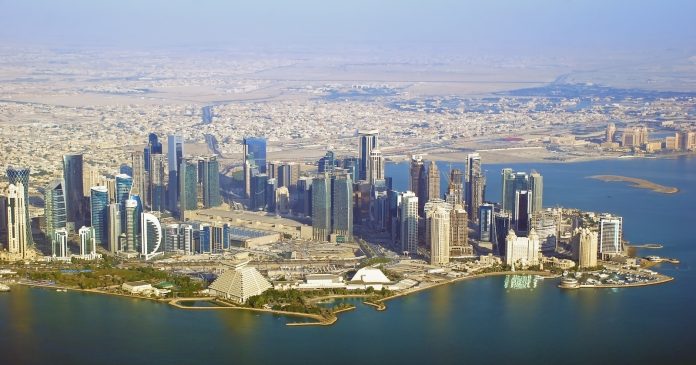 The Saudi-led Gulf alliance’s move against the tiny state has been dramatic, but it is the culmination of tensions that have been brewing for many years.

Saudi Arabia, the UAE, Egypt and Bahrain this week broke off diplomatic and many economic relations with Doha.  Flights have been cancelled, air space closed to Qatar Airways and Qatari nationals told to return home.  With 40% of Qatar’s food supply arriving by land from Saudi Arabia and much trade reliant on neighboring infrastructure, there is talk of a blockade and of economic paralysis.  While the Saudi Arabian-led alliance ostensibly demands an end to Qatari support for extremist groups and critical media, many suspect that it is seeking regime change in Doha. But while Qatar may be forced to make concessions, the interdependence of the Gulf states means that lasting economic isolation is unlikely.

The crisis unfolding between Qatar and some of its Arab neighbors has taken investors and observers by surprise, but is only the latest, albeit dramatic, iteration of tensions that have been brewing for many years.  In 2014 Saudi Arabia, Bahrain and UAE withdrew their ambassadors.  The Sunni Arab states leading the anti-Qatar action bear different grievances towards Doha.   The UAE leadership regards the Muslim Brotherhood and any form of political Islam as an almost existential threat and objects to Qatar’s post-Arab Spring sponsorship of Islamist movements in the region.  It also covets Qatar’s huge Al Udaid American air base.  Egypt under General Abdul Fattah Al Sisi has never forgiven Qatar – and the Al Jazeera Network that it owns – for its open support of the Brotherhood and of Sisi’s predecessor, Mohammed Morsi, whom he deposed in a military coup that Qatar refused to endorse.  Saudi Arabia regards Qatar, which occupies a small peninsula on its Eastern flank, as a recalcitrant upstart.

Up until 1995 Qatar danced to Riyadh’s tune. That year Emir Sheikh Hamad bin Khalifah, the father of the current Emir Sheikh Tamim bin Hamad, overthrew his own Saudi-aligned father, signalling the start of an independent foreign policy course. Qatar’s new direction was underpinned by the development of its massive offshore gas field, the North Field, which has seen it become the world’s largest LNG exporter.  Qatar’s ambivalent attitude to Iran, with which it shares the North Field, has most angered Saudi Arabia. It appears to have been emboldened by President Trump’s apparent endorsement of a harder line against Tehran.

Much of the conflict is being played out in the regional Arabic and international media, with – as is appropriate in the Trump era –  reports aplenty of ‘fake news’ and the hacking of Qatar’s News Agency and emails of the UAE Ambassador to the US.  The claims that Doha is a sponsor of terrorism seem particularly calculated to cause harm to its reputation in the current international context and will be taken seriously in the West.  While it is true that Doha has supported extremist groups fighting against President Assad in Syria and elsewhere, most claims of terrorism support do not stand up to scrutiny.  The likely consensus amongst analysts is that Saudi Arabia’s promotion of Wahhabism and Egypt’s clampdown on political Islam have been far greater contributors to the global problem of terrorism than occasional misjudgments and mischief making by tiny Qatar.

Some form of climb-down by Doha seems likely, but it is not clear to what extent Qatar will capitulate to its neighbors’ demands – for instance to close the Al Jazeera network through which it has projected a regional voice – or how much  economic and reputational damage it will ultimately suffer. Qatar doubtless has the resources to weather the crisis in the short run.  It continues to access international waters in the Gulf, so can import food and export LNG to key markets in Asia.  Flights are being diverted through Iranian airspace.  Meanwhile, Qatar’s natural gas supplies continue to flow normally via a pipeline to the UAE.  The UAE imports Qatari gas for about a third of its daily needs via a sub-sea gas pipeline which is part of the Dolphin Project, one of the Middle-East’s largest cross-border energy projects.  This continuity, and the interdependence it reflects, means that many of the anti-Qatari measures should probably be seen as political theatre rather than as something likely to cause lasting damage to the integrated Gulf economies.

Austen Josephs is an Associate Director at Alaco, a London-based business intelligence consultancy.