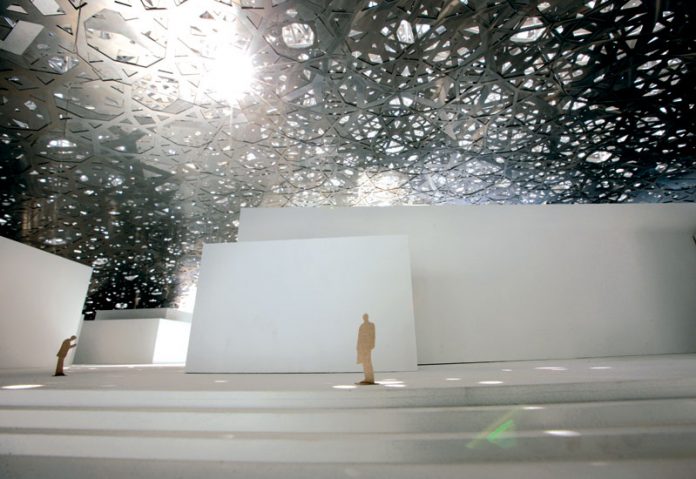 The long-anticipated opening of the Louvre Abu Dhabi will once again be delayed amidst speculation that spending priorities amongst Gulf nations continue to change in the current era of low oil prices.

The French and Abu Dhabi governments originally signed a 30-year agreement in early 2007 for the establishment and management of the Louvre Abu Dhabi. At the time there was an outcry in France (shocking, we know) that public officials were selling off the country’s rich cultural heritage. Many were pessimistic that a branch museum could uphold the standards of the Louvre Paris, which was established in 1793. Abu Dhabi agreed to pay US$630 million just to use the Louvre’s name, and will pay hundreds of millions more in loans for the art. By comparison, New York’s Guggenheim received $20 million for its satellite in Bilbao, Spain.

Arabtec, the UAE’s largest listed construction company, was finally awarded the building contract in January 2013. The local contractor then roiled local stock markets in mid-2014 when it lost a third of its market value in less than two weeks amid speculation that Arabtec had lost local government support. The company has since regained its footing and is now dutifully working on the Louvre’s 7,000-ton latticed dome. Surely considered an architectural feat of the highest order by those that designed it, the cladding of the 4,680 pieces – 3,821 being unique in shape and size, may also be contributing to the new Louvre’s lengthy delays.