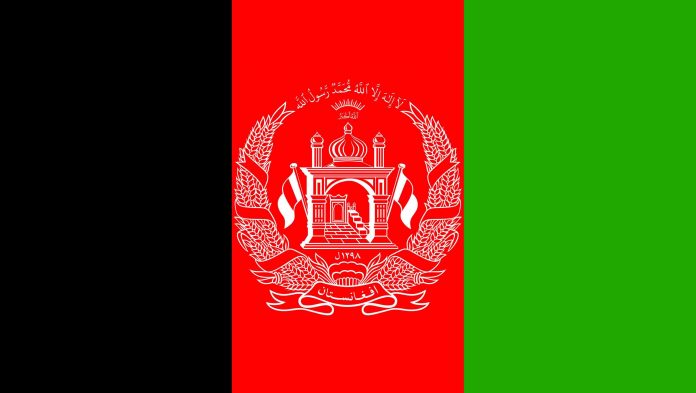 Failing peace initiatives, an emboldened Taliban controlling large swathes of Afghanistan, ineffectual and often corrupt authorities and regional players only really concerned about protecting their own interests – how after endless diplomacy and scores of billions in aid and military assistance have we ended up here? This week, the US announced that its recent talks with the Taliban had made significant progress yet little appears to have been agreed. So is it time now to urge the Afghans to come up with a solution of their own making?

The country is currently at an impasse, due in large part to the stalemate between the Taliban and government forces. In terms of territory, the militants effectively control more territory than at any time since they lost power nearly 20 years ago, while the government’s writ runs in central, northern and north-eastern provinces and provincial capitals across the country – though the Taliban have demonstrated that they are able to overrun the latter at times, albeit until the military sends in reinforcements and airstrikes.

Ordinary Afghans have suffered appallingly from the relentless fighting. They are wary of getting caught up in the cross-fire and yearn for stability. I recall speaking to traders in Kabul not too long ago about their hopes and expectations. When asked what they most wanted, they said an end to the violence so they can get on with their lives. But they have little faith in the current government and even less faith in the Taliban.

The militants gained some degree of acceptance when they ran the country in the late 90s and early 2000s because they managed to maintain order and security, but most Afghans have little appetite for their puritanical ways and would not welcome a return to living under a regime with scant regard for the rights of women and girls. Of late the Taliban has been less hard-line in some districts they control, but this is hardly a sign of their becoming more enlightened rulers or, even less, buying into the democratic system the West is trying to consolidate in the country.

While the incompetence and corruption of successive governments have left them with much to answer for, the Taliban’s sheer aversion to political pluralism is largely why things are as bad as they are. Their leaders have no interest in any progressive dispensation, preferring to make common cause with other extremist groups that continue to exploit the vast ungoverned spaces in the country – for whom any notion of democracy is anathema. The Taliban has been vehemently opposed to elections, employing terrorism and other forms of intimidation to disrupt them. If one adds to this the repeated and claims of officials rigging ballots in their favor, then it is possible to question the credibility of Afghan ballots and, therefore, the legitimacy of the governments they elect.

The seemingly intractable domestic problems are not helped by the competing interests of Afghanistan’s neighbors who profess a desire to stabilize the country but essentially back one faction against the other. India and Pakistan have long been suspected of partisan support and now Tehran is entering the fray, reaching out to the Taliban in the hope that closer relations will help leave the east of Iran less exposed to terrorist attacks emanating from western Afghanistan.

Against this background, it is not surprising that the US administration is losing patience. Yet Donald Trump’s recent announcement to withdraw a contingent of American troops has more symbolic than strategic significance, as it will not alter the balance of power in the country nor persuade the Taliban – who want all NATO forces to leave not just the Americans – to become more actively and constructively engaged in pursuing a peaceful resolution of the Afghan conflict.

The US seems to be injecting renewed energy into the peace process and claims to have made a breakthrough in talks with Taliban representatives in Qatar last week – the latter reportedly pledging not to allow Afghanistan to be used as a safe haven by terrorist groups in the future. While welcome news, the militants have still not committed to a ceasefire nor are willing to recognize the Kabul government.

With presidential elections due in April, the country is bracing itself for yet another round of blood-letting and accusations of electoral fraud. Afghanistan is a democracy in name only. If rarely articulated publicly, it is what most observers believe. So is it not time to consider less orthodox approaches to breaking the seemingly endless cycle of instability? Ultimately, it is the Afghans who need to arrive at a settlement, and perhaps reverting to their traditional means of doing so, the Loya Jirga, a grand tribal council, should be considered under the current circumstances where all other options have effectively failed.

There is no guarantee that it would work. The Taliban and government representatives may set impossible preconditions, such as an insistence by the former that western forces leave before a Jirga can be convened – something that would not be countenanced for as long as the country is seen as a source of international terrorism.

But if a series of such consensus-buildings meetings were to go ahead, perhaps the outline of a mutually acceptable constitutional settlement would emerge. It is hard to predict what sort of ideas participants would come up with, but they will probably involve a high degree of power-sharing, perhaps in some form of quasi-federal system or even greater decentralization of political power. It will doubtless prove to be controversial, denounced in the West as submission to the Taliban. Yet if it receives broad acceptance within Afghanistan and stabilizes the country, it could at least begin to move forward and start realizing its potential.

And that potential is huge. Untapped mineral and energy deposits could generate considerable sums for the cash-strapped state while its geographic location would allow it to become an important transport hub for trade between China and the West with all the benefits of infrastructure investment that that would bring.

Some might argue that years of conflict will militate against a political settlement; that mutual distrust and grievances have hardened positions to the point of intransigence. That might all be true, yet Afghans, whatever their ethnic background, have a strong sense of nationhood and desire independence. A small glimmer of what might be possible occurred last year when a truce coinciding with the Muslim festival of Eid witnessed extraordinary scenes – members of the Taliban and Afghan security forces fraternizing and embracing each other in a number of provinces around the country. Left to themselves, with minimal intervention from the West, Afghans may surprise us all.

Jonathan Clare is a Senior Associate at Alaco, a London-based business intelligence consultancy.