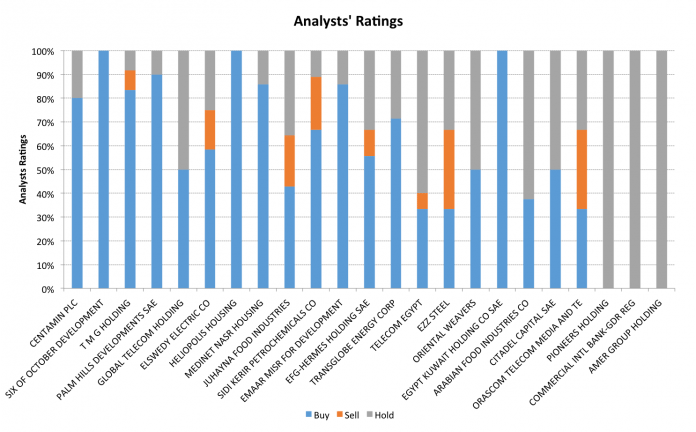 This is post 5 of 6 in the series “Egypt Is Cashing In On China’s OBOR Project: Here Is How To Buy Into It”

Egypt’s stock markets (EGX30) plunged after the Central Bank raised key interest rates in a surprise move on May 22. This move is a result of IMF’s statement last month saying Egypt should focus on curbing inflation. Jason Tuvey, Middle East economist at London-based Capital Economics mentioned that, raising interest rates “appears to the result of pressure from the IMF.” However, analysts expect the correction to be temporary. Cairo’s Naeem Brokerage stated, “While we expect a market-wide correction as an immediate reaction to the increased opportunity cost of capital, the impact should be felt more on companies that are excessively leveraged.”

Last year, S&P Global raised its outlook on Egypt (EGPT) from negative to stable after the country floated its currency. In a report to investors, S&P stated, “We are revising our outlook on Egypt to stable from negative and affirming our ‘B-/B’ long and short-term sovereign credit ratings on the country. The stable outlook balances Egypt’s external and fiscal vulnerabilities, against likely IMF support following the government’s upfront delivery on program reforms.” 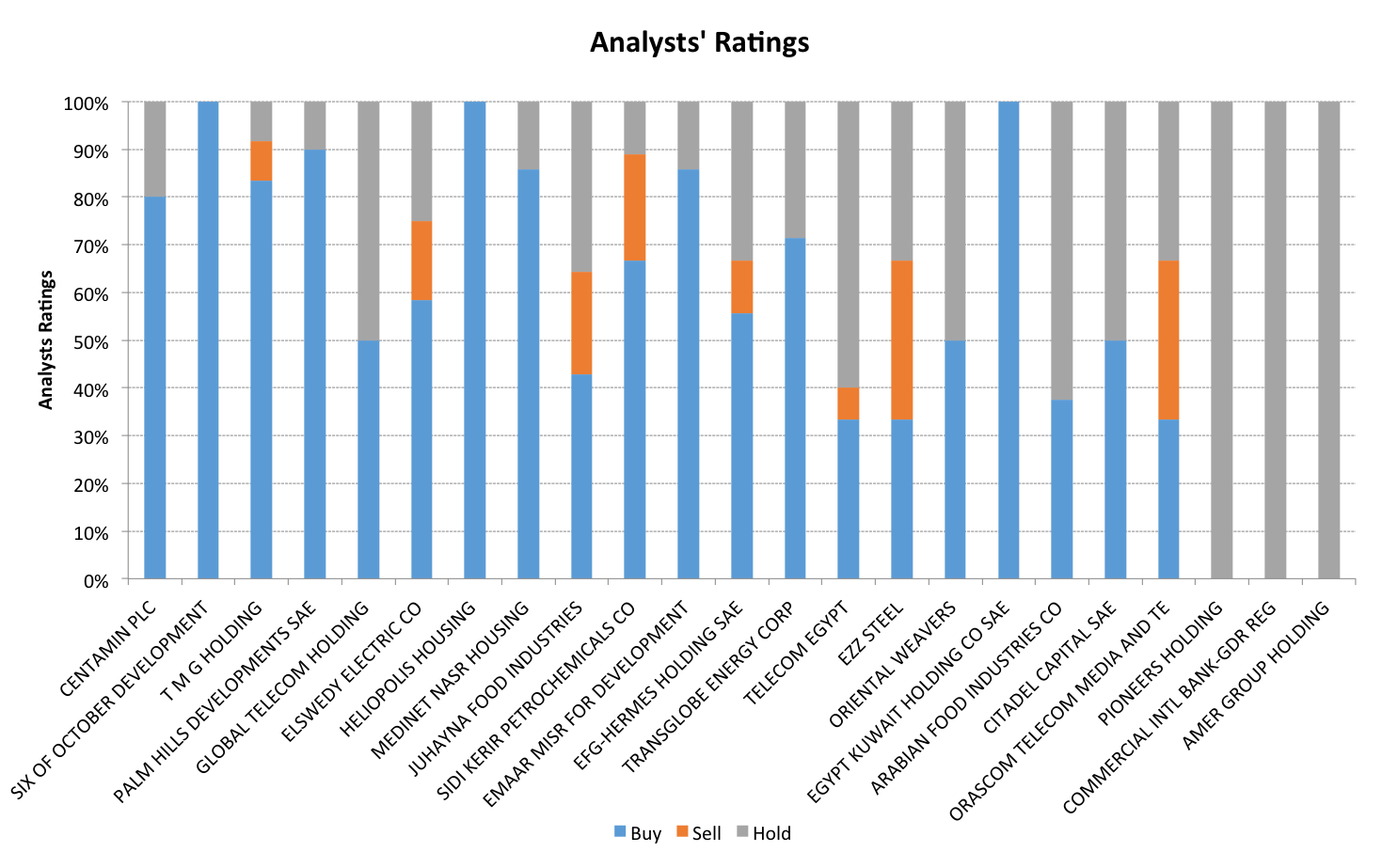 The chart above lists the ratings of some Egyptian stocks included in the Market Vectors Egypt Index ETF (EGPT).

Analysts are most bullish on Centamin (CEY), Six Of October Development, and TMG Holdings (TMGH) as these stocks have received the highest buy ratings, and few sell ratings.

This is post 5 of 6 in the series “Egypt Is Cashing In On China’s OBOR Project: Here Is How To Buy Into It”