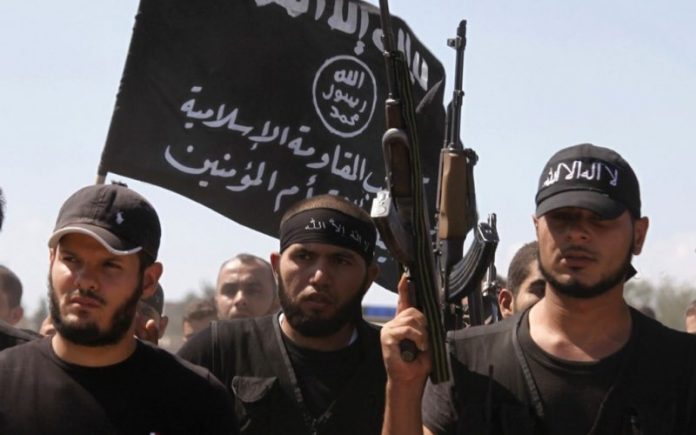 As ISIS loses significant territory in the Middle East, returning foreign fighters pose a threat to their home countries. When foreign fighters attempt to return home, they are likely to face either hard or soft policy measures. Both criminalization or revoking citizenship as well as soft measures such as reintegration programs can have undesired effects and potentially result in further damage.

Foreign fighter travel began in 2012/2013, and peaked in the beginning of 2013 and in 2014, slowing down in 2015. There is evidence that foreign fighters left the Islamic State, especially in 2013 and 2014. Yet, as ISIS continues to lose territory in the Middle East, the likelihood of significant foreign fighter outflow from ISIS controlled territories is higher than ever. If foreign fighters return to their home countries, France, Belgium, the UK, Denmark, Germany, Sweden and the Netherlands are likely to be the most affected EU countries.

The one crucial thing that differentiates returning fighters from home-grown terrorists is the real combat experience said fighters have. Many of them receive invaluable training, and fight real battles. They are surrounded by aggression, and many have demonstrated particular brutality.

The real threat posed by foreign fighters has already been demonstrated on multiple occasions. Mehdi Nemmouche, the attacker responsible for killing four people in the Jewish Museum of Brussels in 2014, spent one year fighting in Syria with ISIS. Furthermore, the instigators of the Paris as well as Brussels attacks have been linked to Syrian returnees. Finally, the 2015 attack on the French magazine Charlie Hebdo was carried out by individuals who had reportedly received terrorist training in Yemen.

Although there are existing cooperation mechanisms and initiatives in place on the international as well as EU level, such as the UNSC Resolution 2178 and the Radicalization Awareness Network, it is primarily the responsibility of individual member states to deal with returning foreign fighters. In the most affected member states, there are already a number of policies in place. Most of them, however, address radicalization and violent extremism in a broader sense, which leaves plenty of room for criticism for their vague nature.

Although not entirely new, the returning foreign fighter question is a unique phenomenon requiring carefully prepared policy options. In general, there are ‘hard’ and ‘soft’ measures amongst existing policy choices.

Typical hard measures include, firstly, criminalization, particularly prison sentences for terrorism charges. Belgium, Germany, the UK as well as France have already arrested individuals on terrorism charges. Secondly, states can revoke citizenship for dual-nationals in order to prevent their return; the UK has even passed a law to revoke the citizenship of all affected (returning) nationals, not exclusively dual-nationals. Thirdly, there is the option of revoking passports and monitoring individuals to prevent them leaving the country or returning home.

Finally, military action in non-western countries is not a publicly acknowledged policy choice, but a daily routine demonstrated by multiple cases. The aim of these military actions is to weaken the terrorist groups in question and kill foreign fighters. This approach aims to eliminate the problem of dealing with returning fighters completely; however, there is a thin line between a military campaign and targeted killing. 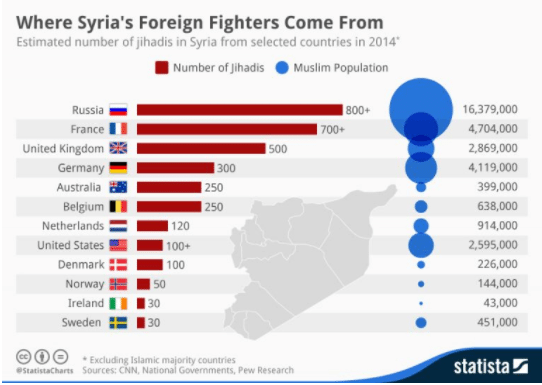 The problem with most hard measures is that it is very difficult to prove what foreign fighters did while abroad and to what extent and through what means returnees were engaged with terrorist groups. While returning fighters present a clear security threat, the motivation for many returnees is disillusionment and the desire to resume normal life at home. If these individuals are seriously punished upon return, they may easily become victimized and go down a radicalization path that could have been avoided. This is precisely what makes the policy responses towards returning fighters a highly-debated issue.

Soft policy choices aim for reintegration of fighters into the society, intending to de-radicalize  the individuals. Such programs are used in Norway, Germany, Sweden as well as the UK, for instance. The German HAYAT model and the Danish Aarhus model emphasize the importance of assessing each returnee individually and when possible supporting the reintegration back into society through counseling, providing a job opportunity, accommodation and strengthening social ties. This way the returnee can become a full member of the society again, even taking on an important role in the fight against radicalization by sharing negative experiences.

What is the right response?

While soft measures are criticized as not enough, hard measures provoke criticism from human rights groups and may easily further the divide between local communities. Although there is no perfect solution, individual evaluation and a consequent mixture of hard and soft measures is the most likely way to minimize further damage. Such measures are already in place in many countries; for example, while Germany has reintegration programs, it also often confiscates the passports of high-risk individuals. Although most affected countries have been actively tackling the issue of returning foreign fighters, much work remains to be done in dealing with the threat posed by returnees.