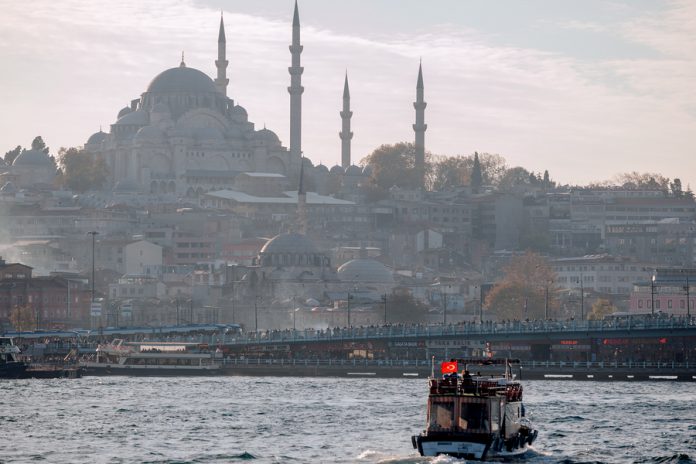 Next year will mark a full century since the Ottoman Empire lost control of the areas now known as Syria and Iraq. Now Turkey is pursuing an increasingly nationalistic and assertive foreign policy that’s being called ‘Neo-Ottomanism’. Ironically, water is the geopolitical asset that gives Turkey influence over the area historically referred to as the Fertile Crescent.

The Tigris and Euphrates rise in the Anti-Taurus mountains of Eastern Turkey, giving Turkey effective control of the water resources of Syria and Iraq. In an age of growing population and climate change, water is truly becoming ‘blue gold’.

Turkish dam construction has long been contentious.  Since 1975, Turkish dams have cut the volume of water reaching Iraq by 80% and Syria by 40%. Conflict has almost spilled over on many occasions. In 1990, conflict brewed when both Syria and Iraq believed that Turkey had deliberately cut off their water supplies as both noted a simultaneous, serious decline in water flow. The situation was only diverted by Iraq’s invasion of Kuwait. NATO has a conflict scenario in which Iraq and Syria simultaneously attack Turkey, while the UN ‘Uppsala Model’ includes a scenario in which Iraq and Turkey are brought to the brink of war over water.

Political instability, foreign interference and the Kurdish independence movement in Syria and Iraq present challenges and opportunities which are likely to drive Turkey to weaponize water to extend its political influence. In the summer of 2014, Erdoğan ordered the water in the Euphrates to be held back, reducing water levels in Lake Assad, which supplied IS-held Raqqa. The disappearance of credible opposition in Iraq and Syria with the appearance of IS has given Erdogan greater freedom to extend control of water through the South-Eastern Anatolia dam project (GAP).  While GAP’s main purpose is hydroelectric power and economic growth, Turkey is aware of its geopolitical value. TheIlisu hydro-dam, the latest of the 22 planned dams in GAP, will straddle the Tigris just 30 miles north of the Syrian border. The water from these rivers is not just vital for Iraq and Syria’s food and water, it is also important for their economies. Prior to the rise of ISIS, Iraq’s oil industry required 1.8 billion cubic metres of water to function. Once GAP is completed, it is estimated that half the water from the Tigris and Euphrates may never leave Turkey.

Turkey’s control of water resources can be instrumentalised to thwart or hinder Kurdish independence.  Iraq Kurdistan relies on 6 major rivers for over 75% of its water, three of which originate in Turkey, and the other two which flow from Iran; also hostile to a Kurdish state.  If Turkey were to limit water supplies to Iraqi Kurdistan, it would hamstring the Kurdish oil industry, central to Kurdish politico-economic autonomy.  It would also generate food and water shortages.  The water dynamics in the region provide a new perspective on the hardline attitude Turkey has taken towards domestic Kurds.  Eastern Turkey holds many of Turkey’s 15 million Kurds, but controlling the region’s watershed is crucial to maintain Turkish territorial integrity and generate influence in the region.

In the future, Turkey’s control of water will become an increasingly potent lever.  Population growth, climate change, and poor management are making water a scarce resource.  According to the UN, by 2050, Iraq’s, Syria’s, and Turkey’s populations are expected to grow by 130%, 89%, and 22% respectively.  A conservative estimate is that over the coming years climate change will reduce rainfall by 20% and massively increase evaporation, halving the amount of water available per person in the Middle East.  Of course, the effects of climate change will be greater in some places; predicted weather patterns could result in the desertification of over half of Syria.  Unsustainable water management, particularly digging illegal wells in Syria, have also decreased groundwater resources in the region, adding unnecessary strain.

A need for sustainable management

The growing centrality of water and the political fragility of Iraq and Syria have given Turkey the agency to expand its influence in the region.  It is certainly exploiting this opportunity. Yet, this combination of factors also means Turkey’s influence is likely to sustain if peace returns. This could generate political friction and spark further economic and political instability, something the region certainly does not need. A lasting political resolution to the instability in Iraq and Syria should incorporate sustainable management of the region’s water economy.

Ben Abbs is an Analyst at Global Risk Insights. As originally appears at: https://globalriskinsights.com/2017/12/turkey-water-influence/