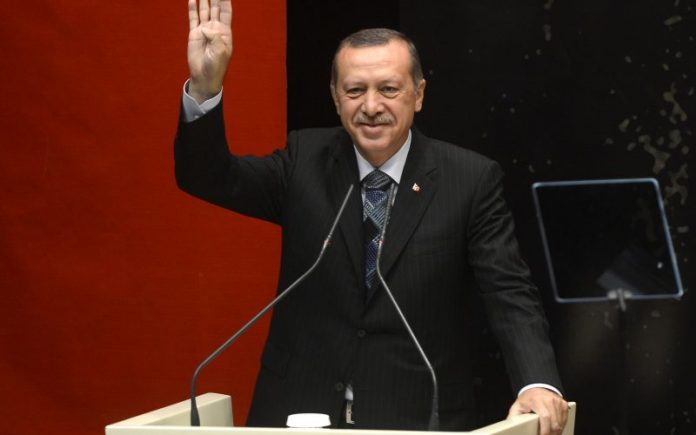 Reports from Germany that emerged in early April concerning preliminary proceedings against twenty individuals for spying on behalf of Turkey are the latest evidence highlighting the increased use of clandestine networks controlled by Milli İstihbarat Teşkilatı (MIT). MIT, Turkey’s national intelligence agency, is reportedly targeting dissidents abroad as Turkey undergoes the most far-reaching crackdown on civil society since the 1980 military coup.

Turkey has traditionally maintained an interest in the religious affairs of the Turkish diaspora in Europe, as religious and political movements among the broader Turkish community have played a major role in the development of Islamist parties and religious practices within the Turkish Republic. Followers of the U.S.-based Turkish cleric Fethullah Gülen in Europe, as in other areas of the world with a Turkish presence, have operated newspapers and educational institutions for the past several decades.

With the largest Turkish diaspora in Western Europe, Germany has been central to Turkish clandestine activities. In August 2016, only weeks after the failed coup, German Green Party parliamentarian Hans-Christian Stroeble, a member of the Bundestag’s committee that oversees the national intelligence services, called for an immediate investigation of Turkish clandestine activities after the German press reported that MIT employed 800 officers in Western Europe, and 6,000 informants in Germany, a number greater even than the Stasi’s own network in West Germany at the height of the Cold War. Germany’s public broadcaster then revealed in December that MIT was attempting to use interpreters to spy on German officials.

Also in December 2016, Cumhuriyet, an independent Turkish newspaper, reported that Turkish Ministry of Religious Affairs, or Diyanet, was collecting intelligence on the activities of Gülen sympathisers in 38 countries, including in Germany.

Central to the intelligence network in Germany is the organisation Ditib (Diyanet İşleri Türk-İslam Birliği – Turkish-Islamic Union for Religious Affairs), founded in 1984 by the Turkish state. Ditib is responsible for the religious affairs of the Turkish diaspora in Germany and administers 970 Mosques with Imams trained by Diyanet. Raids by German law enforcement in February revealed that clerics from the organisation were involved in espionage against Gülen’s followers. Accusations of espionage via the organisation have existed since the 1990s, but these revelations pointed to far larger and more extensive operations than were previously thought.

The scandal continued to grow in February as the German press reported that local Turkish consulates in Nordrhein-Westfalen Germany held information sessions in which students of Turkish descent were instructed to secretly film their Turkish teachers and pass on any material indicating that their teachers were critical of President Erdoğan. Most recently it was revealed that MIT had given Bruno Kahl, the head of the BND, a list of 300 names of purported Gülen supporters that included Michelle Müntefering, the chairwoman of a German-Turkish Parliamentary Group and a member of the Bundestag. German security services personnel speculated in the press that the list may have been a ploy to force Germany to persecute the listed individuals and denounce Berlin as “soft on terrorism” if they do not follow through.

In the Netherlands, the chairman of the country’s Diyanet, Yusuf Acar, admitted in the press in December that he had collected information on Gülen sympathisers and passed it on to Ankara, leading to Dutch officials to criticize the “long arm” of the Turkish state.

Politicians in Austria have also begun to seriously investigate Turkish espionage. Green party parliamentarian and Security Policy Spokesman Peter Pilz released a report in early February on the clandestine activities of Turkish agents operating through ATIB (Avusturya Türkiye İslam Birliği – Austria Turkey Islamic Foundation), the Diyanet’s arm responsible for administering religious affairs across 63 mosques in the country, and other Turkish organisations. Pilz’s website faced a DDoS attack by Turkish hacktivists and heavy security was provided when he presented the report publicly. Per the report, Turkey operates a clandestine network of 200 informants targeting opposition as well as Gülen supporters inside Austria. The report and Pilz’s presentation also highlighted cases of Austrian citizens of Turkish descent who were arrested upon their arrival in Turkey, held in confinement, and subsequently expelled for posing a “threat to public security”, indicating that they were spied on in Austria.

Similar activities are taking place in Switzerland under the direction of Diyanet alongside espionage against academics who are critical of Turkey. As a result, Parliamentarian Alex Kuprecht announced that the government was considering opening a criminal case against regarding espionage and other illegal activities performed by Turkish agents against dissidents.

In December 2016, a 31-year old Turkish citizen who had resided in Germany for a decade was arrested in Hamburg on suspicion of espionage and plotting the assassination of two prominent Kurds on behalf of Turkish security services. The activities of the Kurdish minority in Central Europe has long been a source of concern to the Turkish state, who has traditionally viewed their host governments as too tolerant of Kurdish activism, and the arrest may signal a more proactive approach by Turkey on this front as well.

A factor of tensions with the EU

The Turkish government, for its part, has adamantly denied the accusations and Erdogan’s spokesman İbrahim Kalın claimed on Turkish television that German intelligence is allowing members of Gülen’s organisation to operate in Germany proper and plans to use them against Turkey.

While some experts on Political Islam such as Olivier Roy have cited the role of the Diyanet in promoting moderation that has led to lower levels of jihadi radicalization in the Turkish diaspora than among their Arab counterparts in Europe, the use of the organisation, whose budget has ballooned under Turkey’s ruling AKP, as a surveillance tool for consolidating power is a new development. Diyanet could not only be used to consolidate Erdogan’s power in the post-coup environment but also to expand Turkey’s influence in Western and Central Europe among the Turkish minority, who were aggressively courted by Ankara for votes in support of the April 16th referendum.

These activities in Europe appear to be closely related with the increasing the power of Turkey’s intelligence services in the wake of the coup as part of both a long-standing effort to curtail the influence of the military and centralise power. When Hakan Fidan, the current director of MIT, took the post, there was only one deputy undersecretary at the agency, this number was then expanded to four, and two more were added in November 2016: a deputy for coordination between state institutions and a deputy for special operations. The targeting of dissidents also comes with the emergence of a new defence doctrine encompassing more proactive measures at home and abroad in defence of the Turkish state.

Europe has long had to contend with the activities of Russian and Iranian security services targeting dissidents abroad, but declining relations between the European Union and Ankara alongside the increasingly hardline stance that President Erdogan is taking against dissidents at home and abroad are a sign that Turkish clandestine activities in Europe will be a problem for the foreseeable future.

Luke Rodeheffer is a contributing writer at Global Risk Insights, as originally appears at: http://globalriskinsights.com/2017/06/turkey-influence-network-europe/