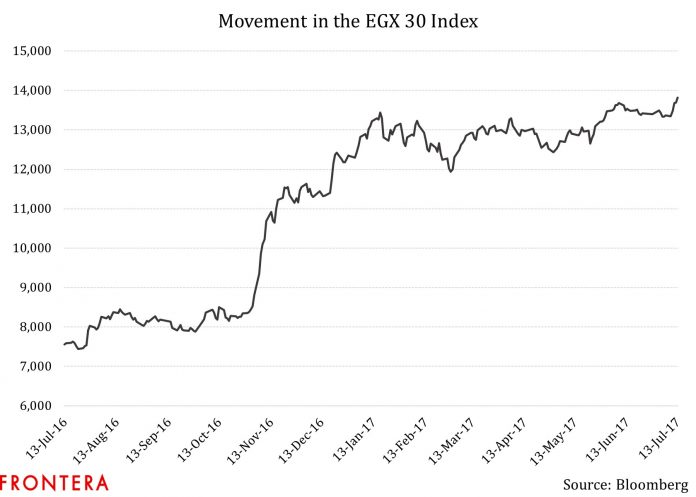 This is post 4 of 4 in the series “Egypt: Appetizing or Antagonizing?”

The two graphs below illustrating Egyptian stock markets present a clear example of the impact of currency movements when investing overseas. 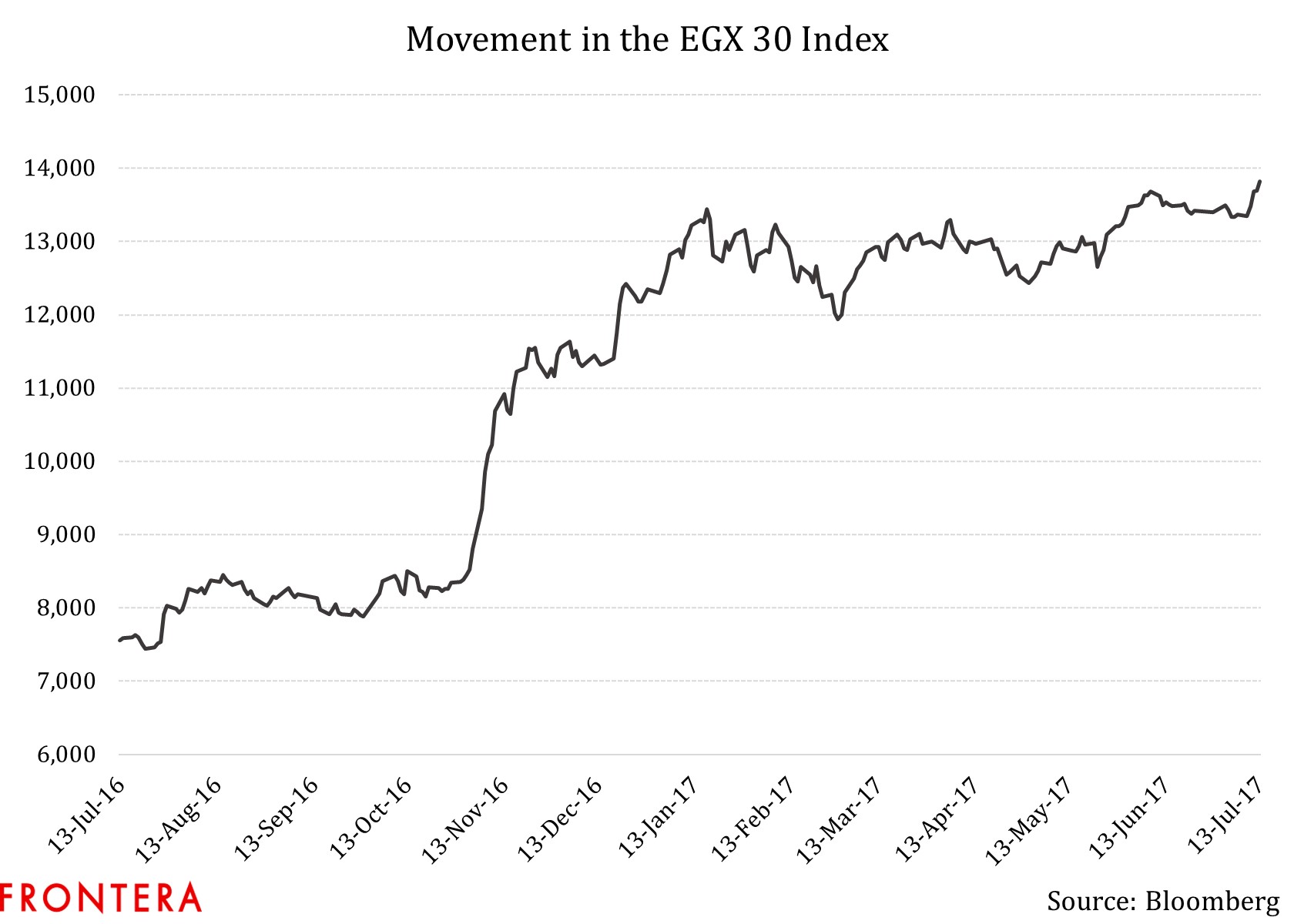 The first graph plots the movement of Egypt’s benchmark equity index – EGX 30. The surge that was seen at the end of October was in response to the Central Bank of Egypt’s decision to let the Egyptian pound float freely. The market has continued to strengthen since and has not looked back in expectation of a more stable economic picture.

On the other hand is the following graph which plots movement of the VanEck Vectors Egypt Index ETF (EGPT) vis-à-vis the VanEck Vectors Africa Index ETF (AFK) – in which Egyptian stocks form a tenth of the portfolio. Plotted alongside is a fund tracking major frontier market from the continent – the Global X MSCI Nigeria ETF (NGE). 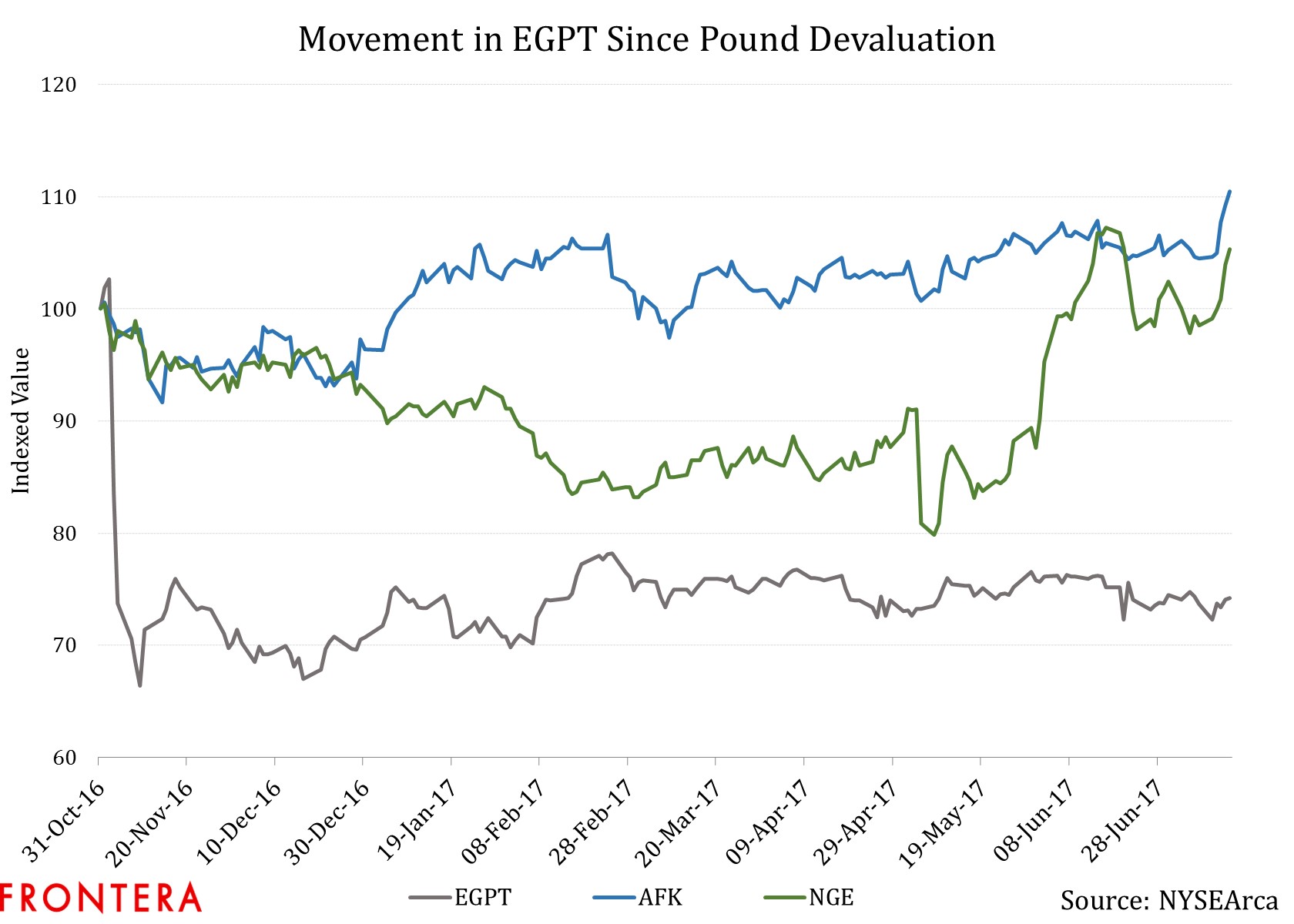 The nose dive in the Egyptian pound was the primary event which hammered the dollar-denominated ETF.

In YTD 2017, the EGPT has seen the biggest contribution coming from financials, materials, and industrials sectors, in that order.

On the other end of the spectrum are energy, telecom services, and real estate, which have dragged on the fund.

Meanwhile given the size of the fund, investor interest has been quite high. 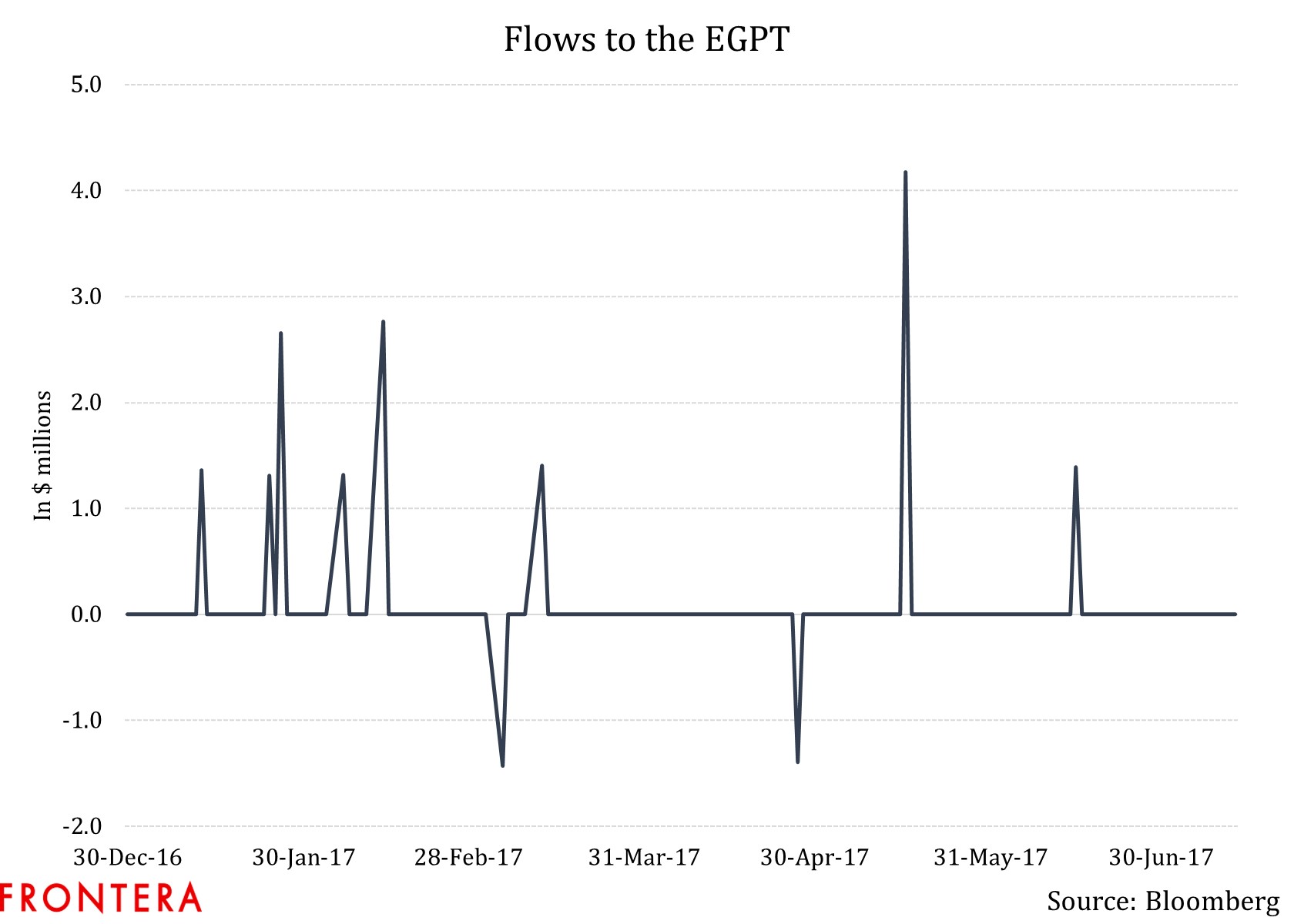 The fund’s market capitalization currently stands at $58 million, and has seen inflows amounting to $13.5 million in YTD 2017, according to Bloomberg data.

Following the pound devaluation in early November until the end of 2016, the ETF had seen sizable net inflows of $27 million – precisely double what has been seen so far this year.

Investor interest in Egyptian equities is visible from the data above. If inflation declines in the next 2 to 3 months and the central bank finds itself in a position to reduce rates thereafter, interest rate sensitive sectors like financials, real estate, and consumer discretionary could see a rise. The first two form 48% of the EGPT’s portfolio.

Keeping an eye on the US dollar would be essential as well. If the Federal Reserve starts reducing its balance sheet and undertakes more than one hike for the remainder of 2017, the dollar can be expected to strengthen. This would inevitably hurt the EGPT’s returns even if the underlying stocks, denominated in pounds, do well.

This is post 4 of 4 in the series “Egypt: Appetizing or Antagonizing?”