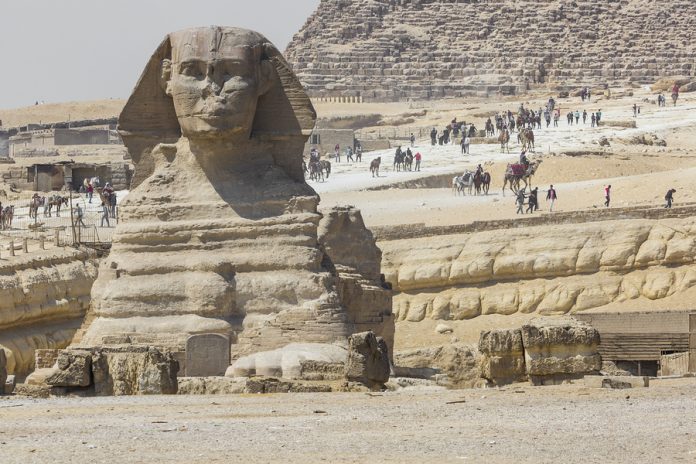 This is post 2 of 5 in the series “Will Investors Rethink Their Egyptian Investments?”

Price rise has been relentless

A look at the graph below will narrate the story of possibly the biggest macroeconomic problem being faced by Egypt right now: price rise. 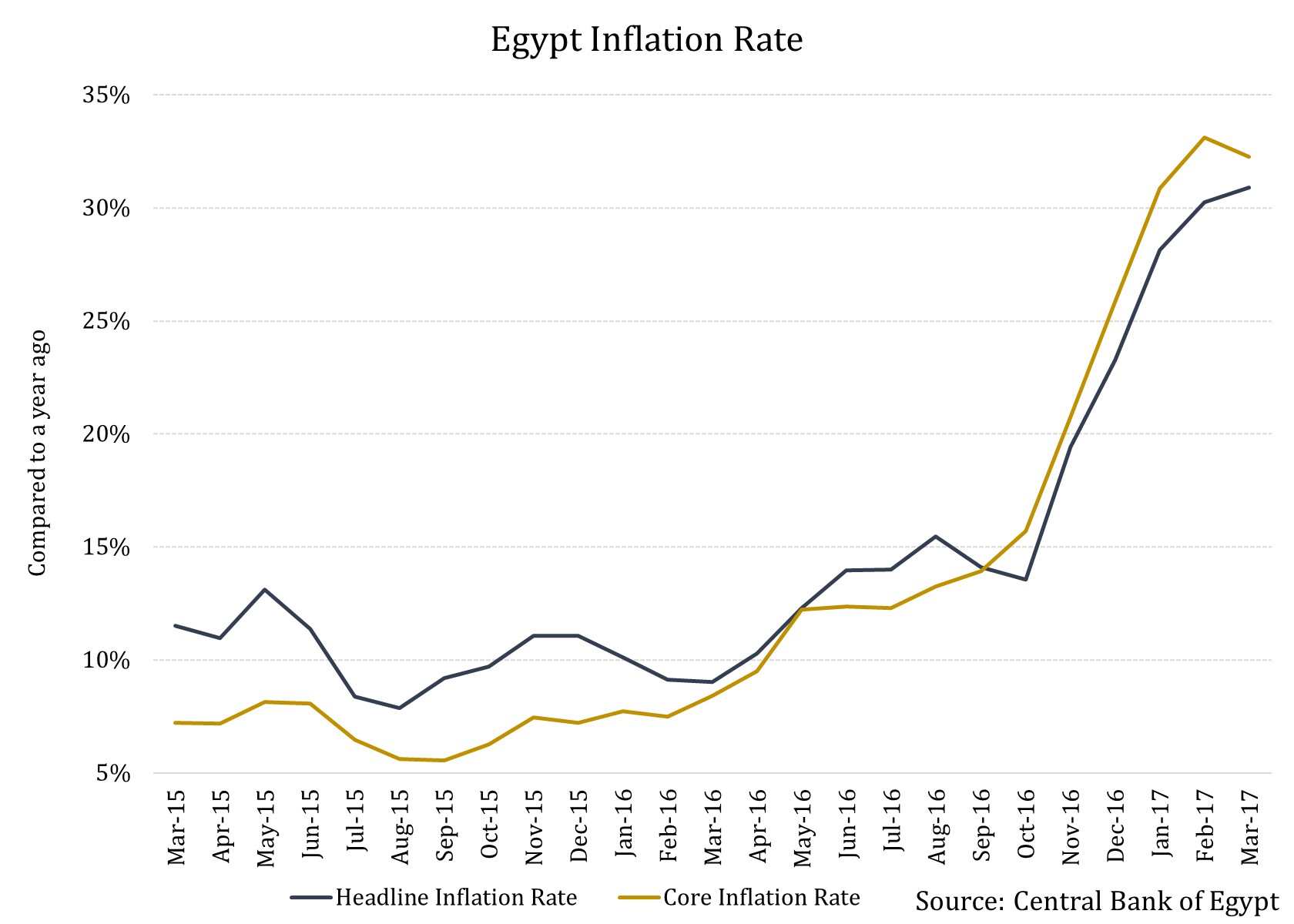 Inflation in Egypt surged after fuel subsidies were reduced in November 2016. Importantly, core inflation, which removes volatile items from calculation, has outpaced headline inflation. The other major reason for rocketing prices was the massive devaluation in the Egyptian pound, also undertaken in November last year.

This high level of inflation in a country with a high rate of poverty has put immense pressure on the purchasing power of citizens. This, in turn, has and continues to hurt the nation’s intention to promote inclusive growth.

The rise in inflation has been driven by a surge in food prices, putting daily staples out of reach of ordinary people. The situation had escalated in March when the government had decided to ration bread, leading to mass protests in a country where a significant portion of the population lives below the poverty line.

Even in light of galloping inflation, the Central Bank of Egypt has not hiked interest rates. In its meeting on March 30, the bank left its overnight deposit rate at 14.75% and its overnight lending rate at 15.75% – the fourth successive month of status quo.

This might seem counterintuitive, but central bankers have refrained from raising rates because the price rise is primarily a result of the devaluation in the currency and not due to supply factors. They expect inflation to come down by the end of 2017 as the impact of the devaluation wanes.

The runaway inflation in Egypt may have begun to take a breather. Though consumer prices surged by 30.9% in urban areas, with core inflation rocketing 32.2% from a year ago, their pace slowed down, as shown in the graph.

The rise in overall inflation in March was the slowest since November 2016 while core inflation actually declined in March – the first time in eight months.

The decline in prices is important for the government to ensure that any future fiscal reforms don’t invite the wrath of the public which has already been at the receiving end of food rationing and reduction in fuel subsidies.

However, it is too early to expect this slowing down of inflation to start showing its impact at the retail level, especially at a time when the country is trying to push through more reforms in order to continue receiving financial support and remain attractive to investors.

In the next article, let’s look at the state of fiscal reforms and financial support being received by Egypt.

This is post 2 of 5 in the series “Will Investors Rethink Their Egyptian Investments?”