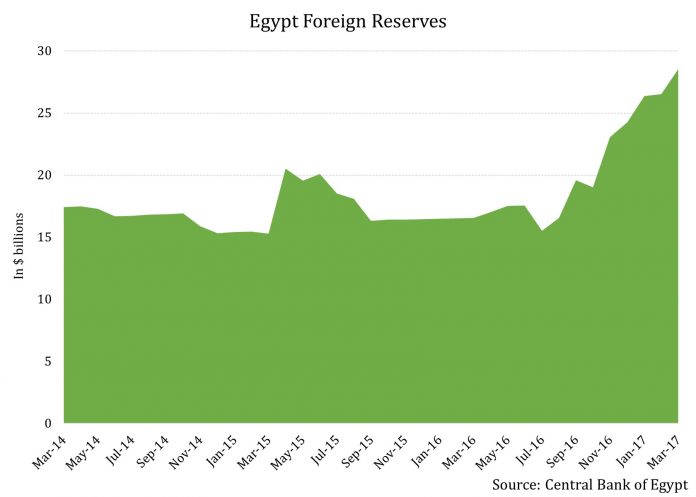 This is post 5 of 5 in the series “Will Investors Rethink Their Egyptian Investments?”

Egypt has high hopes from the future. It is expecting economic growth to be in the 4.6% to 4.8% range in fiscal year 2017-18. The country’s fiscal year begins in July and ends in June of the succeeding year. 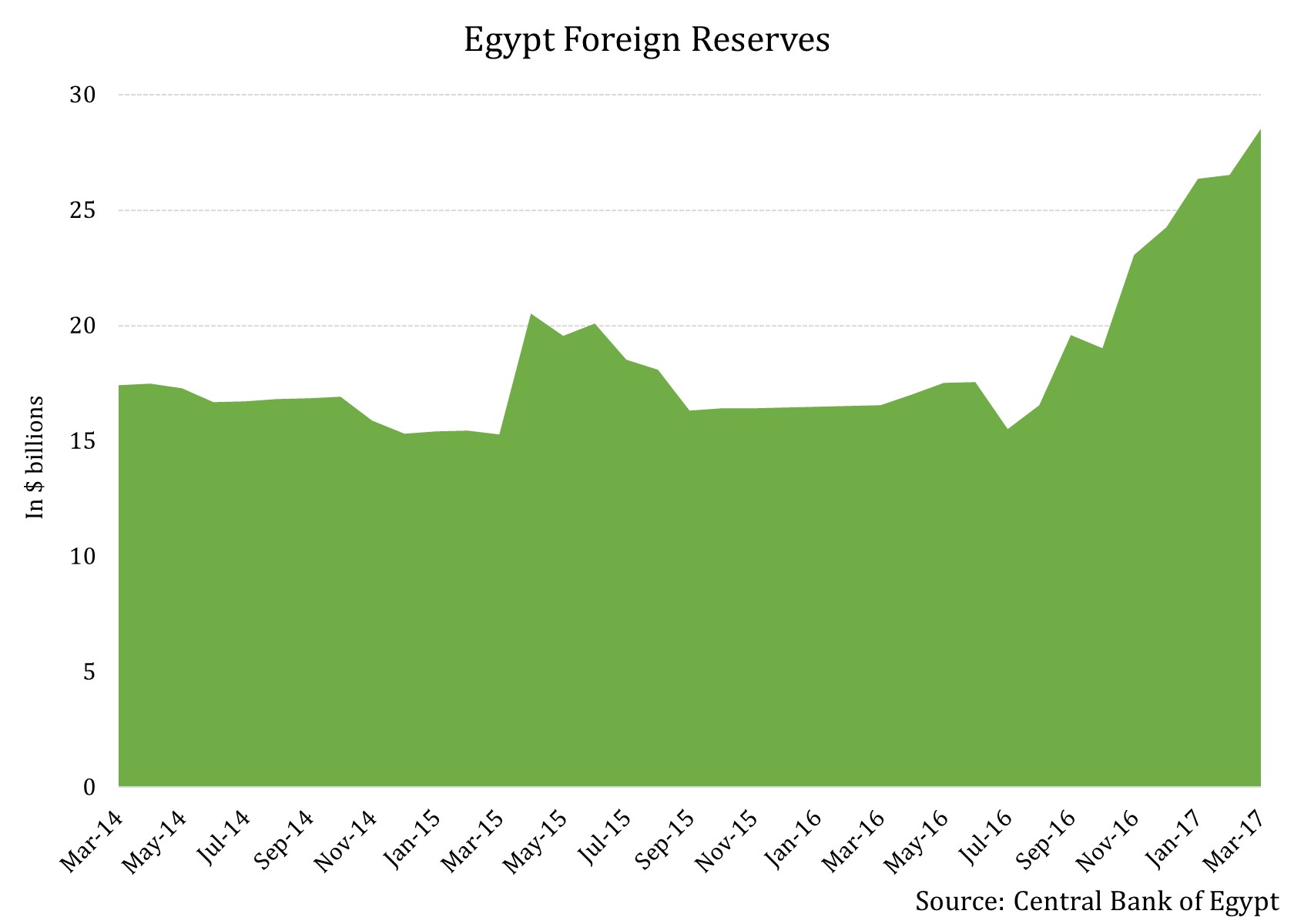 Given the level of foreign interest in the country, it seems only natural that the country may tap international debt markets for raising money.

The country had issued a $4 billion Eurobond at the end of January 2017 – its first international sale since 2015 – and the issue was oversubscribed three times. Finance Minister Amr El-Garhy recently stated that the country indeed plans to sell international bonds in the middle of its upcoming fiscal year.

Investor interest has led to the country’s foreign reserves surge, as shown in the graph above. A bright future for Egypt hinges on its ability to continue pursuing reforms. This will help it retain its funding from the IMF and keep foreign money flowing in.

However, with consumers losing purchasing power due to debilitating levels of inflation and having to bear the brunt of fiscal and structural reforms, the government finds itself in a difficult spot to push through further reforms without fear of a violent backlash. In the past, the IMF has observed that the reform progress of the country was slow.

With the state of emergency now in place after the attacks on churches on April 9, investors will be continuously evaluating their stance on Egypt. In the short-term the country may lose its momentum in enticing overseas investors. A bounce back is possible, but not necessarily imminent.

This is post 5 of 5 in the series “Will Investors Rethink Their Egyptian Investments?”