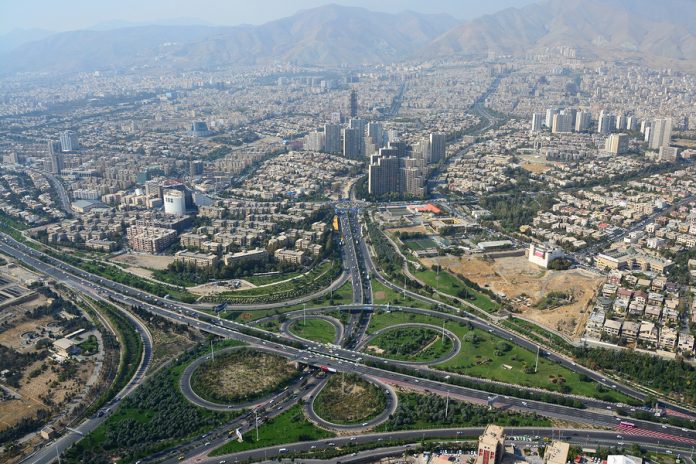 Hypothetical situation: You are considering investing in a large country with 80 million people and a relatively prosperous GDP per capita of almost $20,000. It had democratic elections this year where the reformists won again on a mandate to increase trade with the rest of the world in contrast to the populism seen in many developed countries. It’s capital city is full of history yet cosmopolitan, and tourism has picked up recently. Yet most of the world has stayed away, and foreign investment, particularly from the Western World, is much lower than what you would expect in a country with such a large domestic market.

That country is Iran. Is it time for contrarians to get in?

The Case Against Iran

It doesn’t help that when playing word association with Iran, most people think “nuclear weapons” or “sanctions”. Those concerns are very real, especially with Donald Trump still questioning the wisdom of the US-Iran deal. While Iran has so far followed the guidelines of that deal, and the recently re-elected president Rouhani has little incentive to break them given his plans for reform, it remains an ever present risk to any investment in Iran.

As part of the deal many of the sanctions have technically been relaxed against Iran, but in reality Iran remains blacklisted by most business and financial institutions. When no banks will allow you to transfer money to and from Iran, it becomes an almost insurmountable hurdle for foreigners interested in the country.

A One Trick Pony:

Another concern is the reliance on the oil and gas industry. Oil dominates Iran’s economy, and as one of the biggest producers in OPEC there are a couple related concerns. One is the transition to alternative energy that has undercut oil prices amidst ample supply from other nations. Countries like Saudi Arabia, Qatar, and the UAE have ridden oil revenues to large war chests and huge per capita GDPs – Iran is late to the party and does not have the same resources to attempt a large pivot into other industries. The other concern is how easily their exports are affected by sanctions – they experienced this from 2012-2016 and it resulted in a negative GDP growth rate of -1.5% in 2015.

The case against Iran is well known. So why would any sane investor consider investing in Iran?

The Case For Iran

Bad News Is Priced In

Sanctions and low oil prices have been fully priced in by investors in Iran. Yes, sanctions can be put back in force and oil prices can go lower, but by and large the bad news is priced in, and the there is much more upside than downside.

Let’s say that Trump’s threats that the US-Iran Nuclear deal is “very, very bad” do not come to fruition and sanctions continue to be eased as the deal is followed. This would be a complete game changer for the economy with Western money beginning to flow in earnest for the first time since sanctions were first put against Iran in 1979.

It is understandable that while UN sanctions were lifted on January 2016, Iran has not reaped the benefits yet with many countries and businesses erring on the side of caution before doing business there. However, when you consider that sanctions have plagued Iran for 37 years and there might finally be light at the end of the tunnel, the upside potential here is very strong. Especially with domestic support to ensuring sanctions continue to be eased.

A sizable diaspora and a massive amount of frozen funds around the world could also help kick-start economic growth if sanctions continue to be eased.

China Is Already In

Most people believe that China’s foreign investment is focused in Africa or Asia. But with the Western world’s sanctions against Iran, China has also become Iran’s biggest trade partner with over 40% of its exports and imports.

China’s One Belt, One Road strategy has benefited Iran strongly since it has become a gateway to Europe. With financing from China, Iran is becoming a transportation hub with rail and sea ports a main focus.

Infrastructure built with Chinese expertise and financing is popping up around the country, and the NY Times wrote a good article about China’s investment that you can find here. We recommend reading the article for just a taste of how important China’s involvement in Iran has become.

Getting In On The Ground Floor

One of the main reasons investors take interest in frontier markets is to get in at the beginning of the economic cycle in the hopes of making out-sized returns as the economy enters a rapid growth phase.

Iran is an interesting case where its GDP per capita is relatively high, but where there are a lot of severely underdeveloped industries due to almost 40 years of sanctions. Tourism is a very low hanging fruit, as is any trade with Western companies.

Bolstering chances of success are a large population (18th in the world) that is highly educated with a literacy rate above 95%. The population is also relatively young, with about half the population under the age of 30. Both these factors have contributed to a burgeoning start-up and tech scene in Iran.

When you compare the potential of Iran to other countries that have been held back due to sanctions – Cuba, the DRC, North Korea, or Sudan – the contrast is extreme in terms of how well Iran has done relatively. The case of Myanmar, a country that is booming now with the removal of sanctions and embrace of the Western world, is a hopeful case for Iran, and Iran is way ahead of where Myanmar was when sanctions ended.

Time To Look At Iran

In the past 5 years, the Tehran Stock Exchange’s Overall Index has more than tripled, although it is up 26% since sanctions were lifted in January 2016. The combo of easing sanctions, China’s increased involvement, and a large well-educated population makes us relatively bullish on Iran’s prospects in the future. With the current sentiment about Iran, this makes for a contrarian trade that depends heavily on Trump (gulp) and might be early, so is worth monitoring for the future.