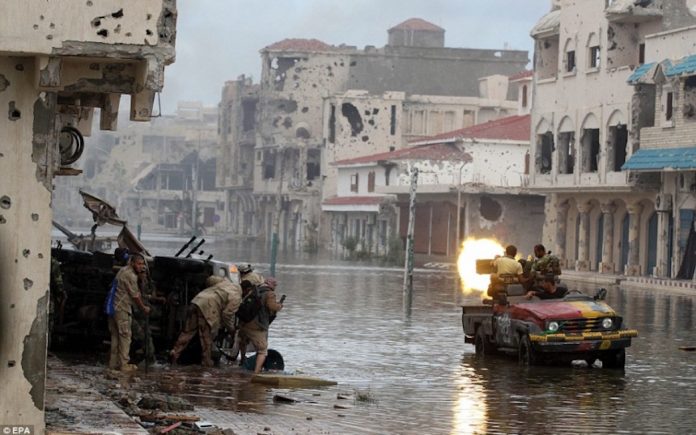 The liberation of Sirte by the GNA is a strong step towards ridding Libya of ISIS. But it alone does to guarantee the country peace – now national unity is needed.

On December 5th, after 6 months of intense warfare, the UN-backed unity government, the GNA – Government of National Unity – kicked out ISIS from the city of Sirte, its Libyan stronghold. While this victory could be interpreted as a major step in defeating ISIS and strengthening GNA’s legitimacy, it might hide some worrying caveats. First, the Islamist group might once again demonstrate its key ability to change tactic and reunite stronger than before. Second, the liberation of Sirte is most likely to have triggered the underlying struggle between the GNA and the rival militias, especially the LNA (Liberation National Army), endangering the already fragile national unity.

ISIS has lost Sirte, but it has not lost Libya

Sirte is a strategic loss. Located only a hundred miles from the Italian coasts, it represents a gateway to both Europe and North Africa. Most of all, the coastal city harbors major ports, which are keys to controlling the Libyan oil crescent area. By holding Sirte, ISIS could easily ship recruits to Europe while also controlling oil production – a double win.

Furthermore, Sirte is not only considered as a physical and economical asset, but as a vital city on the ideological level. By implementing a viable model of governance outside Syria and Iraq, Sirte was a perfect propaganda showcase to all potential recruits in North Africa.

However, losing Sirte does not mean losing Libya. Indeed, it has been documented that several soldiers have fled the city long before it was circled in order to recreate sleeper cells and reactivate in other regions.

The remaining soldiers are using the environment to their advantage. The lawless environment of the desert, the porous borders, and the several tribal groups present are transforming the South into a strategic withdrawal zone and a good ground for recruitment.

Indeed, pushing ISIS soldiers from their stronghold to the South increases the potentiality of seeing sleeper cells reinforcing links with dangerous militant group from the Sahel, such as Boko Haram or AQIM.

Last April, the defeat of Derna already illustrated the group’s adaptability, mobility and strength.  In the short term, the loss of those strongholds is triggering their ability to melt away and reunite in other regions. In the long term, it leads to an escalation of violence through a more diffuse and intensified campaign of terror and intimidation.

ISIS remains a threat for both Europe and North Africa

Consequently, it is likely that ISIS’ next move will be to change focus and concentrates its effort towards a key location. Italy might be the target. Indeed, Rome represents a keystone in ISIS propaganda, in order to prepare the last battle “against the crusaders”.

The possibility of Italy becoming a prime target has increased for two reasons. First, Italy is helping the coalition by sending Special Forces. Second, Italian bases are used to strike against the group in Libya.

Nevertheless, it is important to underline that the threat of ISIS is also most likely to strongly increase in neighboring countries such as Tunisia and Algeria.

Sirte, a trigger to national division

Libya will remain an important breeding ground for ISIS for a structural reason: several militias fighting for power are dividing the country. This liberation was the perfect symbol to claim national unity, however every militia has its own agenda. It is most likely than in the near future, divisions will appear.

Sirte will become a symbolic empowerment for the GNA, but the UN-backed government will not gain popular support to strengthen its legitimacy. On the contrary, it might have triggered a deeper confrontation.

LNA and extremist networks: A deadly alliance for the UN-backed government

Since Gaddafi’s fall in 2011, both GNA and LNA have been trying to find credibility. Two main actors are trying to take credit for ISIS defeat in Sirte. However, the LNA rejects the government in Tripoli and loose alliances of fighters of ISIS and AQ affiliates.

A UN report highlights: “Libya’s factions could make further use of violent extremist network in the ongoing political struggle”. By forming alliances with terrorist groups and sleeper cells, it is highly likely that LNA is defying GNA’s ruling capabilities by exposing its lack of control and waging a guerilla war against the government.

Both GNA and LNA understand that oil is a key to national legitimacy. By controlling the prized resource, the group will control the main national income and therefore improve the socio-economic prospects for the population.

During the operation “Sudden Lightning”, the LNA took back control over the oil crescent ports, considering that the GNA should not be the only one controlling the most valuable region of Libya. By handing it to the National Oil Company (NOC), the LNA ensured that a neutral and loyal entity to both parties would reactivate oil production Indeed, the following week, the first ship since November 2014 left with 776000 barrels of oil towards Italy.

By removing the oil crescent from GNA control, LNA managed to expose its inability to maintain its hold over a key state asset and present the UN-backed government as a weak actor with no credibility in the eyes of the people.

With oil production dropping from 1.65 million bpd to under 260000 bpd, NOC declared an investment of 2.5 billion in order to raise the production to 800,000 barrels per day. Such investment is likely to generate 4.125 billion in increased revenue and will result in a virtuous circle by increasing the production.

Yet, investment will not be the only salutary tool that Libya needs to strengthen its national unity. There is a vital need to find a political solution, in order to forge a stable political future for Libya. Surely, in the short term it is likely that the country will see confrontations between GNA and LNA. But in the long term, a political alliance will be the key to defeating ISIS, restart the national economy and finding legitimacy. Without a political solution including both sides and dialogue with the militias, Libya will continue to be fragile and a perfect breeding ground for ISIS.

As originally appears on: http://globalriskinsights.com/2016/12/liberating-sirte-whats-next-libya/