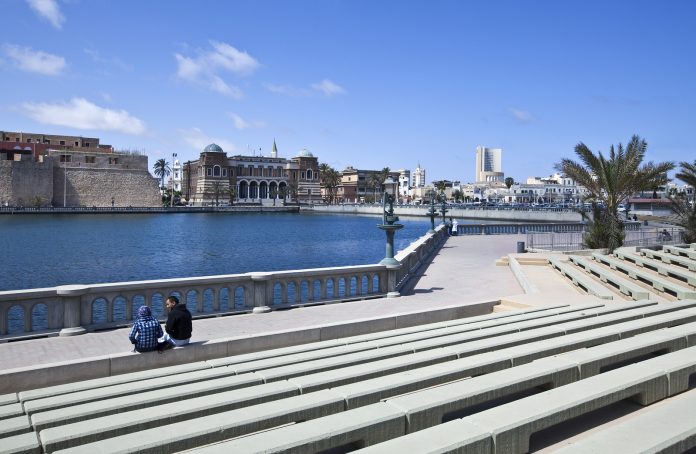 This is post 3 of 4 in the series “Can Libya Sustain Its Rising Crude Oil Production?”

The National Oil Corporation (NOC) of Libya recently announced that it had reached its 2017 crude oil production target of 800,000 barrels per day already in the month of May. But Libya is far from reaching the peak of its production capability. 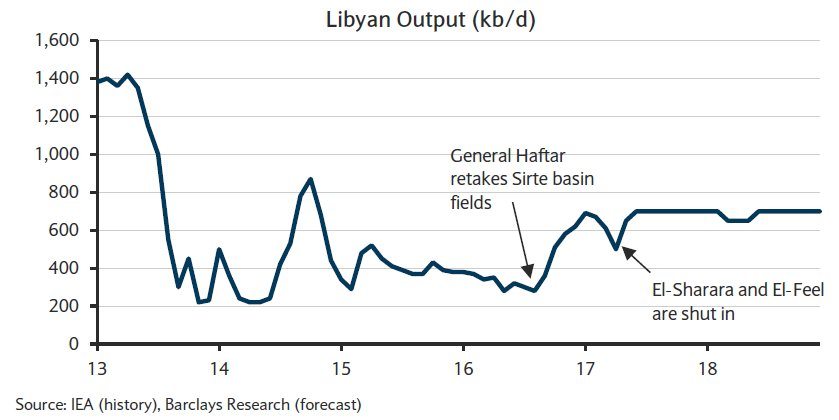 While speaking at the Offshore Technology Conference in Houston, NOC chairman Mustafa Sanalla highlighted that the country has the potential to produce much more oil. The company’s delegation to the Conference outlined the following three phases which will boost crude oil production in Libya:

These would be phenomenal achievements for a country which was pumping just 600,000 barrels of oil per day when Organization of Petroleum Exporting Countries (OPEC) and non-OPEC countries had reached an agreement to slash production late last year.

Barclays Research was not in agreement with the production estimates, saying that the targets will remain out of reach for the country due to heavy investment and repairs that are required. Their estimates are presented in the graph above.

In an interview to the Libya Herald earlier in May, Sanalla held that the assessment by Barclays was “totally wrong.”

He told the Herald, “I remind you that many commentators made these same statements in 2011. And they doubted in our ability to even be able to produce oil at all.” He was referring to the almost complete stoppage of production during the Arab Spring in 2011. Before to uprising, Libya was producing 1.6 million barrels per day of crude.

Has Libya answered the aforementioned question on its ability to ramp up production further with it’s major progress this year? Let’s look at that in the next article.

This is post 3 of 4 in the series “Can Libya Sustain Its Rising Crude Oil Production?”